Unusual Happenings Witnessed on the Beach

The other night I had a hike and a picnic with friends, Jamey and Lois.  I'll post the hiking and sunset photos tomorrow, but today I will post pictures of two unusual things we saw while on the beach east of Grand Marais.

First we saw pollen in the water that very much looked fluorescent.   It was unusual, eerie, and beautiful all at the same time. 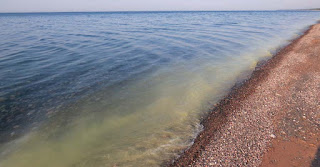 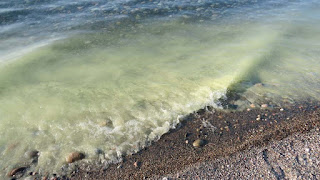 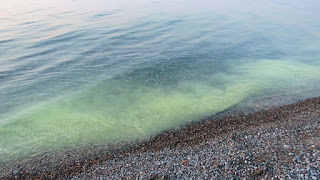 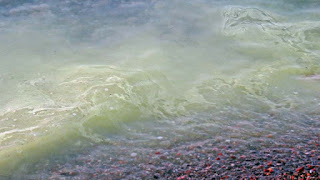 Then as we were watching sunset, we noticed the contrails formed by planes flying over Lake Superior. Contrails are clouds formed when water vapor condenses and freezes around small particles (aerosols) in aircraft exhaust. Some of that water vapor comes from the air around the plane; some is added by the exhaust of the aircraft.


First we noticed a contrail formed from a plane traveling toward the northeast. 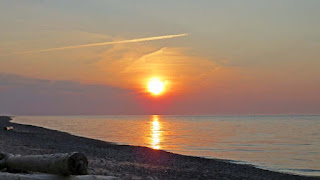 Then we noticed what appeared to be a vertical contrail.  We were not sure if a plane was crashing or what. 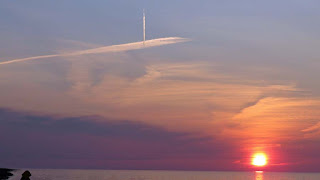 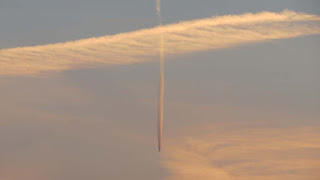 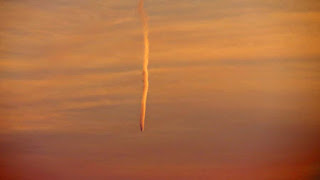 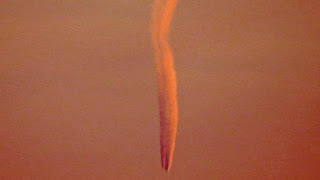 Then when I zoomed in on one of my photos, I noticed that in fact the contrail was from a plane and that the vertical appearance was caused by our perspective.  The plane was going down in altitude, but it was traveling directly away from us. 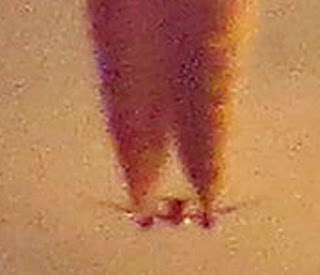