Although I returned from my two July shows a week ago, I have not been posting on the blog because my beloved camera broke.  The on/off switch quit working.  I have sent it in for repairs and acquired a smaller point and shoot camera to use in the mean time.  Plus, when weather is bad, I will use this smaller camera rather than my main camera.  The battery for the new camera is still charging, but I hope to use it tonight to take a few pictures.

In the mean time, I will reprint some of the information from a 2011 posting as well as photos of the dunes posted over the years.

The Grand Sable Dunes are located in the Grand Marais end of the Pictured Rocks National Lakeshore.

The Grand Sable Dunes are some the world’s most pristine perched dunes. They cover a five mile stretch between the Sable River and Au Sable point. Glacial ice that melted within the Superior Basin around 10,000 years ago produced many large rivers. These rivers deposited millions of tons of debris into many different configurations south of the Superior Basin. The Grand Sable Banks most likely originated along one of these glacial rivers.

Around 8,500 years ago, the Pictured Rocks area then became very dry when the Lake Superior basin changed its drainage pattern and began emptying to the north from its east end when this new outlet was the low spot. A north facing bluff formed and remained in place for 4,500 years right around the Grand Marais area.

Between 4,000 and 6,000 years ago, the land mass that is now the Upper Peninsula started to rebound upward from the weight of the previous ice glacier. This is called isostatic rebound. The U.P. is still rebounding today. The land forming the lake's outlet at North Bay began to rise, which reduced the amount of outflow and caused water levels to rise rapidly. In fact, Lake Superior rose to about 40 feet higher than it is today! The rise in lake levels formed Lake Nipissing. Lake levels of Lake Nipissing also began to rise which caused the Grand Sable Banks to become unstable. The higher water eroded the bluffs which left them exposed to wind. A dominant northwesterly wind blew through the Grand Sable Banks which carried the wind from the bluff to the top of the flat upland. This sand was “perched” on top of the upland, hence the name, “perched dune system.”

The climate of the Grand Sable Dunes is typical of any Michigan climate. The winters are fairly long and cold while the summers are short and cool. The location of the dunes happens to be the second most cloudy area of the United States. The average cloud cover is approximately 70%. Grand Marais’ annual temperature is 40.8 degrees Fahrenheit with precipitation totaling 31 inches a year. During the winter season snowfall accumulation ranges from 130 to over 200 inches. Because the dunes are so close to Lake Superior extreme low temperatures in the winter and extreme high temperatures in the summer do not occur.

If you plan on taking the hike to the Grand Sable Dunes the best way to get there would be to take the trail that starts at the west end of the Sable Falls parking area. While on the trail you will walk through an old field and eventually cross over a bridge that runs about Sable Creek. For the next ¼ mile you will go through the forests and dune transition areas. 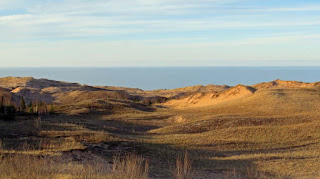 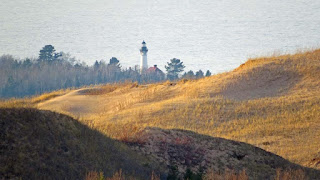 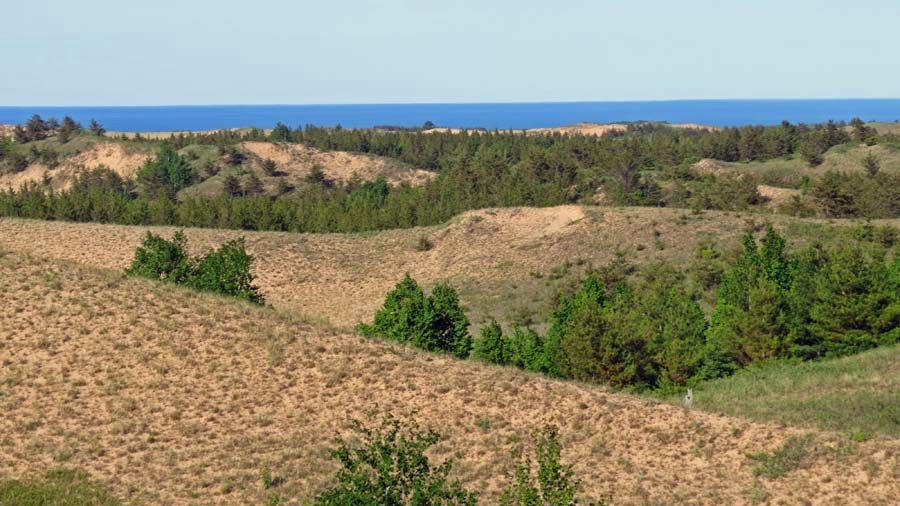 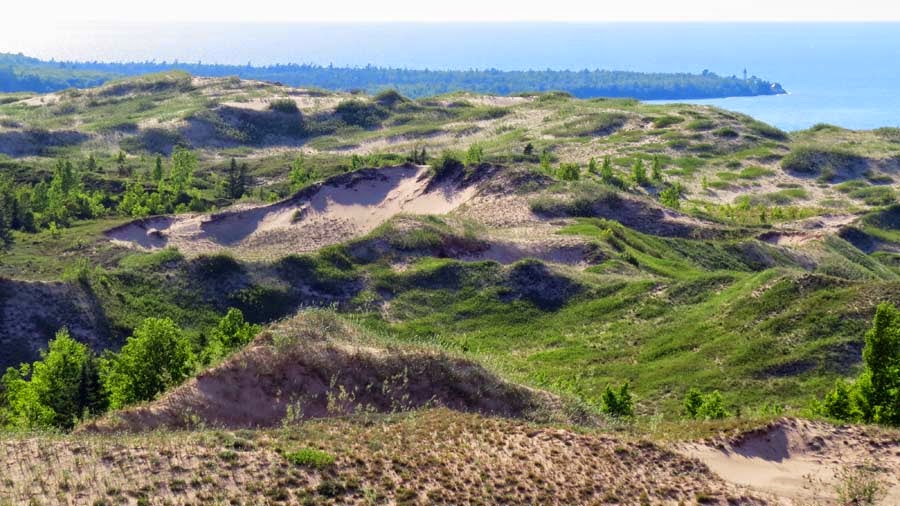 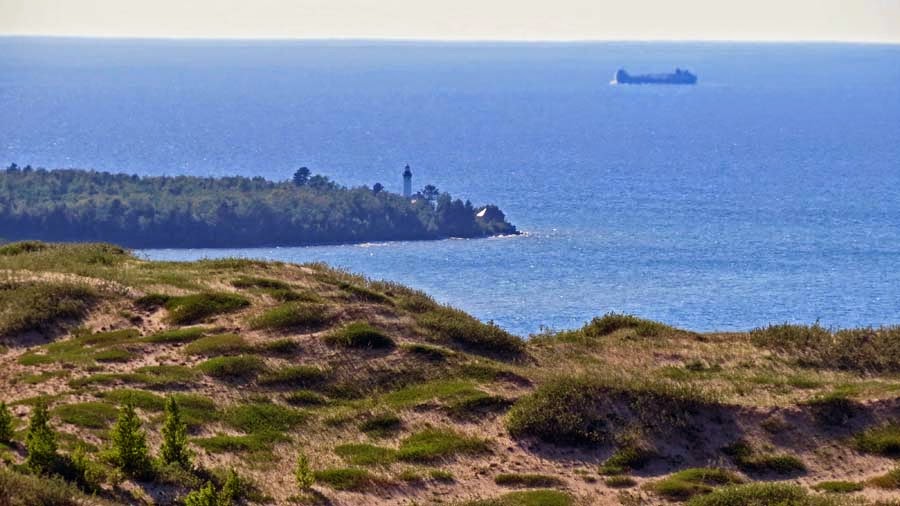 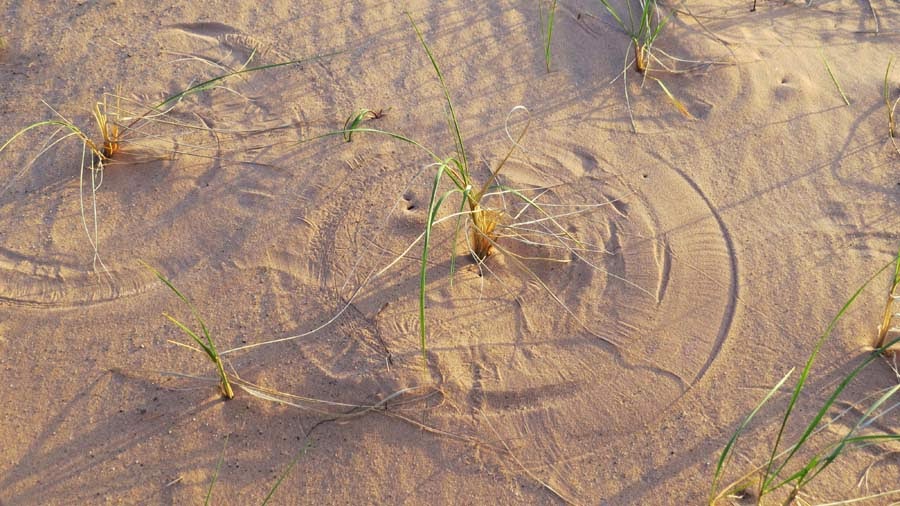 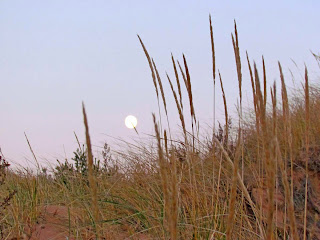 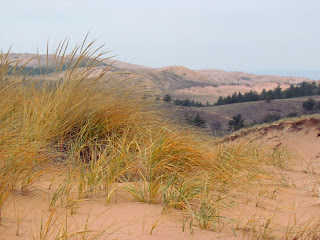 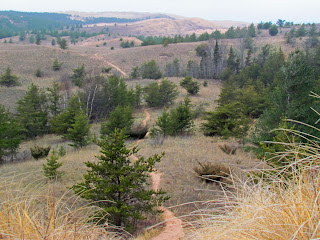 NOTE: Some of the information from this posting was acquired from http://www.geo.msu.edu/geogmich/grand_sable.htm and http://hunts-upguide.com/grand_marais_grand_sable_bank___dunes.html.
Posted by Karen Brzys at 8:58 AM