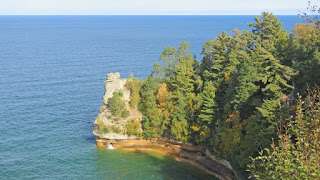 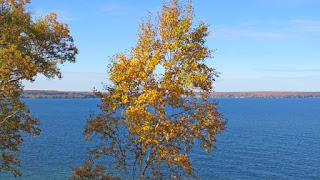 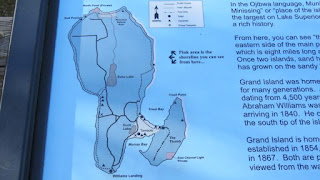 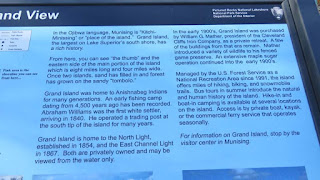 The first bridge on the trail from Sable Visitors' Center to Sable Falls is broken off on one end.  It is just resting on dirt, but is not real stable. 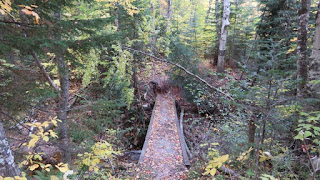 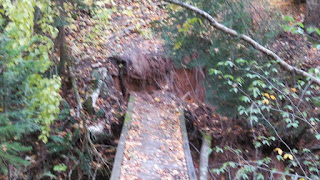 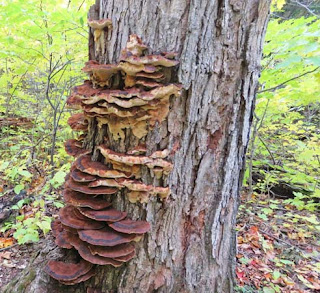 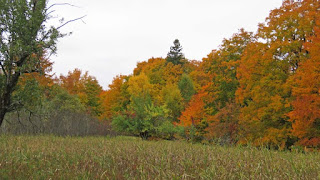 The flow rate over Sable Falls looks more like spring melt flow rate than it does the usual fall flow rate. 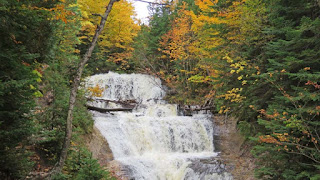 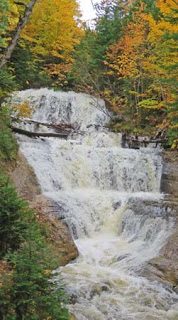 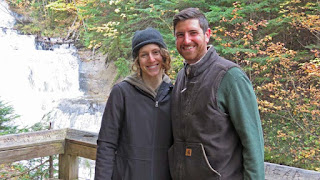 Recent storms have eroded the entire beach at the mouth of Sable River.  The storm surge and waves were washing up to the bottom of the bluff, so we could not even get down to the beach! 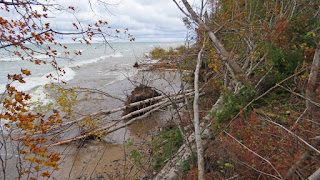 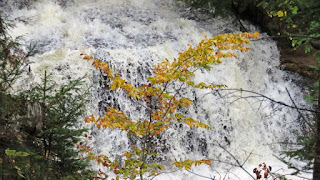