Because temperatures at parade time were into the 80s, I decided to not wear the bear coat in the parade.  So here are some photos I took of the parade. 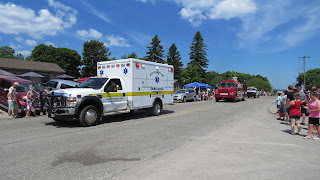 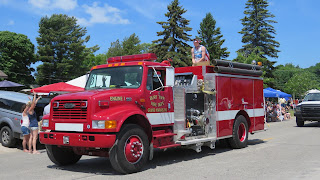 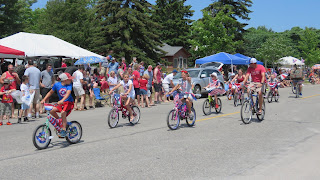 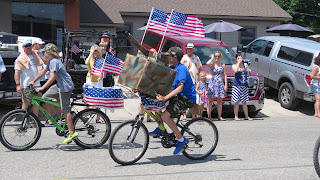 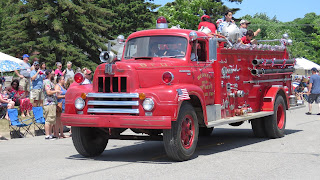 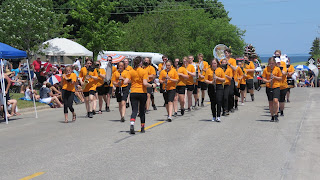 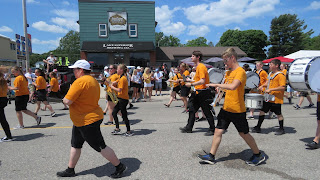 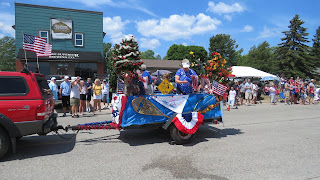 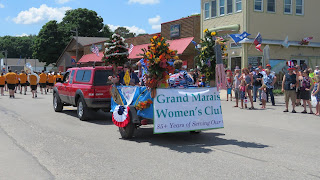 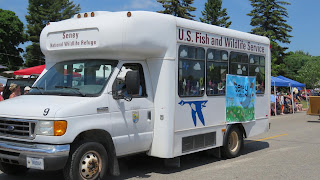 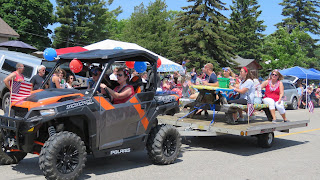 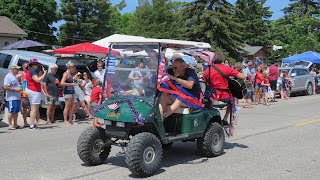 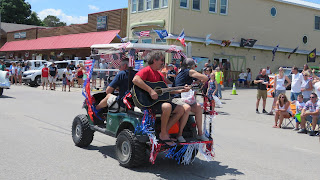 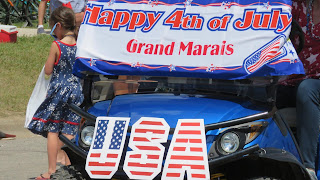 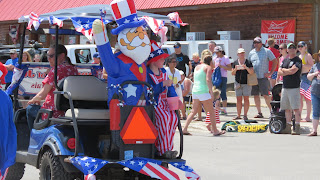 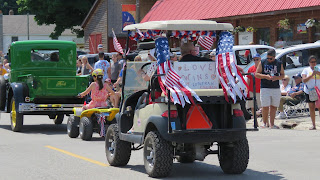 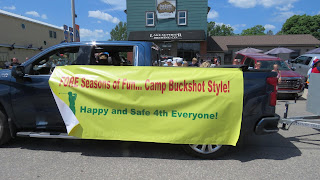 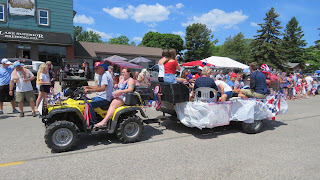 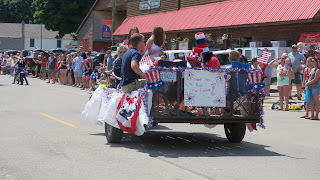 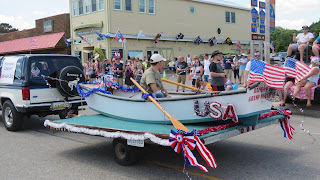 I did not take a lot of firework photos this year.  Last year I was so busy documenting the fireworks, I forgot to enjoy them.  So only a few photos are included below.  The other reason I stopped taking photos is that I got a little freaked out by a firework that was truly in my face.  A large shell exploded prematurely on the beach.  We were seated around 100 yards from where they were setting them off.  I immediately said "that was not supposed to happen."  In a second or two sparks from the firework hit me.  I brushed them off and for some unknown reason, I did not get burned.  However, it did set the grass on fire in front of us. 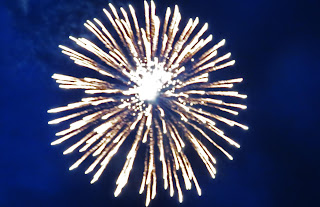 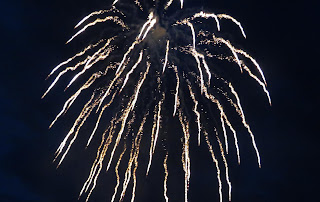 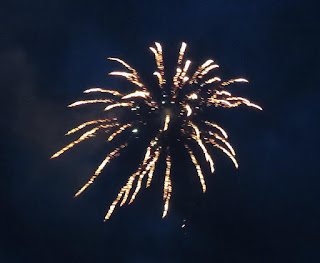 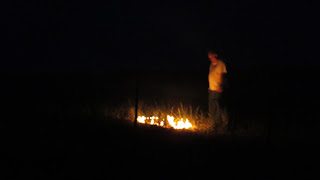