I returned back from the Agate Days Show, held in Moose Lake, MN. This was their 40th show. Due to the longevity, and the fact that the show was mentioned on the Travel Channel's Cash and Treasures program, the attendance was over the top. On Saturday, there were so many people that it was almost out of control. People were lined up all day to get into my small 10 x 10 booth. Although I didn't sell any lamps or large agate windows, I sold a ton of everything else. I would like to thank Gerald and Jill Phillips for their help in setting up, working, and tearing down the booth.

I left a couple of days before the show so I could have at least one day of agate hunting. Moose Lake is a little over 400 miles from Grand Marais. Since I didn't leave until 3:00 pm last Wednesday, it was late by the time I arrived. The weather was cold and a littly rainy on Thursday, but we agate hunted at my favorite pit for a few hours. Although we had permission, the owner is discouraging most people from going into his gravel pit since he has leased it out to an asphalt company. There are so many trucks coming and going, that it is not safe to be in the area right now. Also, Doug is not running a whole lot of rock right now, so the pickings are a little slim.

On Friday afternoon, we were driving to where we heard they had graded the gravel roads when we noticed that the dealers were setting up a little early at the AmeraInn parking lot. This improptu tailgate event started a number of years ago to allow the dealers a little extra sales time over and beyond the Saturday/Sunday Agate Days show. We were among the first to arrive, so I was able to cherry pick through the bins. I bought a lot of new agate, which will be put out for sale at the museum today.

This impromptu Friday event also allows the agate big-wigs the chance to show off their large agates. This update includes some of these photos. I'll post more photos in the next series of blog updates. 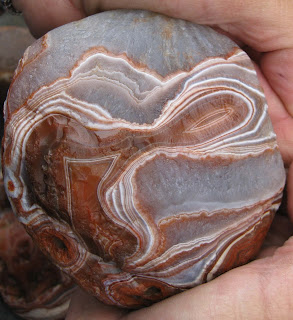 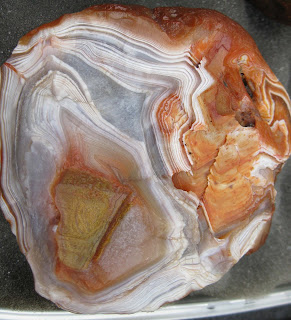 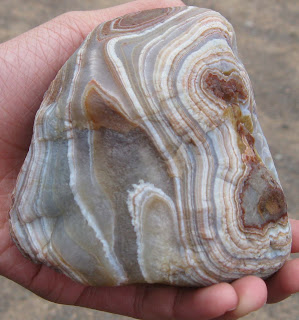 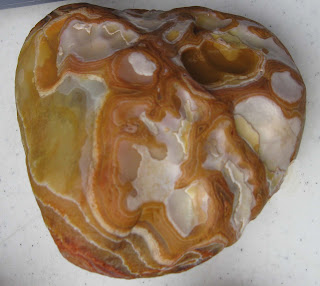 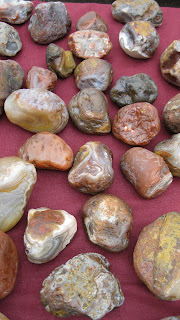 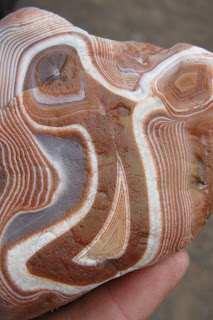 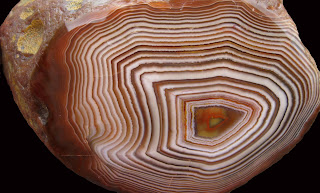 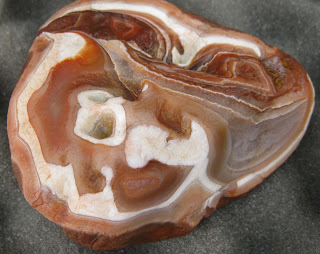 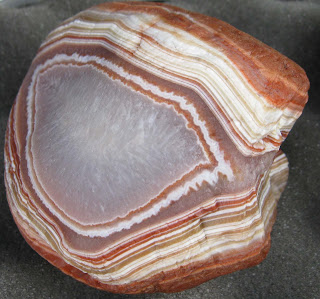 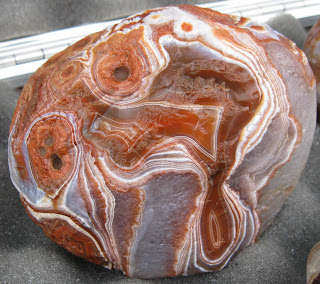