After having temperatures in the mid-30s last weekend, the bottom has now dropped out of the thermometer. The ambient temperature this morning is in the single digits in Grand Marais. But with 20 to 30 mph winds, the wind chill is between -15 and -19 degrees! 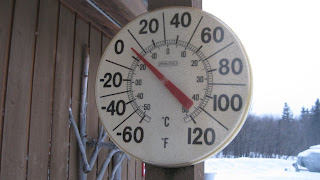 Yesterday was cold, too, but the wind wasn't quite as bad. Dianna Bell and I did go cross country skiing anyway. Below are a couple of shots I took while out on the trail in the national park. 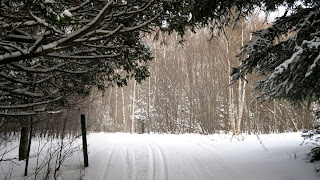 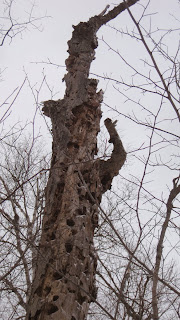 As I was checking my photos, I realized I had not posted these pictures taken in the Burt Township School Forest when I skied with friends Wendy Lynn, Kim Amthor, and Kathy Correll. For those of you who have explored the school forest, which is the largest school forest in the state of Michigan at around 1,600 acres, you'll recognize the chimney. This was the site of a one-room school building that unfortunately burned down several decades ago. 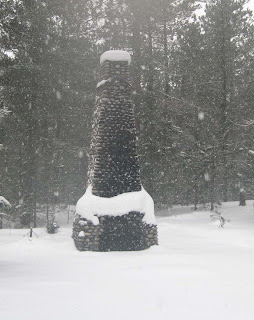 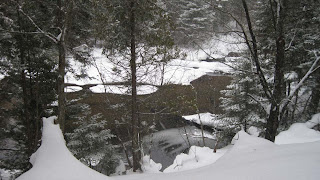 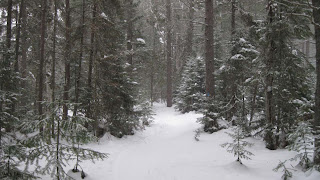 Editing of the manuscript is going well. I've received back a few of the copies that I sent out for review. The photographer, Tom, is also finalizing the photos. We are hoping to send the files off for pre-printing production sometime in the next two weeks! Below is yet another photo that will appear in the book. This is a picture of an iris agate from Tennessee. This optical property has been known for more than a hundred years. Although it seems that most iris agates have incredible tight bands, this is not the only characteristic that causes the iris effect. Scientists have determined that an agate will iris within a range of a hundred to more than 15,000 bands per inch, and up. Instead, the key factor is that the alternating layers must have higher and lower refractive indices. When light travels from air into a substance, its velocity is reduced. This change of speed at the surface interface causes light passing between the substances to be bent, or refracted. When white light is refracted, as when passing through a prism, waves of different frequencies (i.e., the various colors) are bent at different angles. The result is that light is dispersed and spread out into its component colors. When droplets of water in the air form the refracting interface, the result is a rainbow. When this happens between agate bands, the result is an iris effect As with most of the pictures in the book, this one was taken by Tom Shearer. 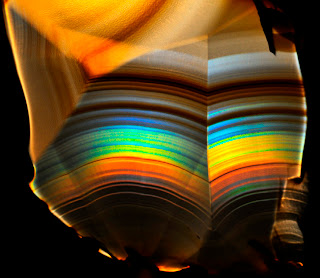