After all the long days working on the book, my friend Diana Bell suggested that we head out of town on a ski trip. It was also a belated birthday present, which was terrific. Living on the south shore of Lake Superior, we don't see the sun much in the winter. However, last week we had at least 3 days with sunshine, including Thursday when we went out of town.

The temperature was around 30, but it had been cold at night so the skiing was fantastic. We skied at Canada Lakes, located a few miles southeast of Newberry, MI, for around 3 hours. What a great ski that was. 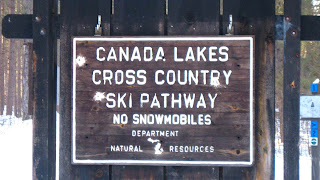 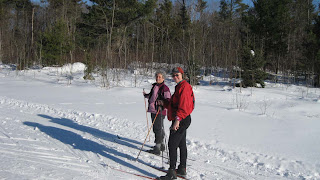 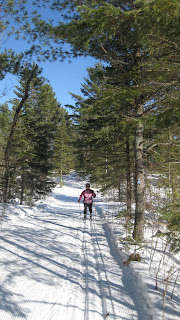 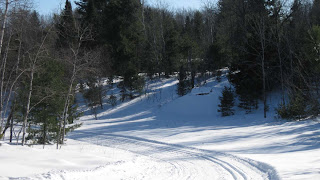 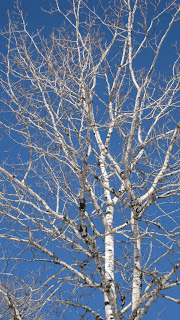 After we left Canada Lakes, we drove north through Newberry and went to the lower Taquamenon Falls. We skied to the falls, took the skies off, and walked down the steps. I always love going to the falls. There wasn't much ice on the falls given the high flow rate, but there was a lot of ice -- including some blue ice -- hanging from the walls of the gorge around the falls area. Beautiful.

Finally, before heading home, we had a nice dinner at the brewpub located on site in the state park. It was a great day. 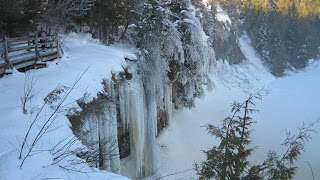 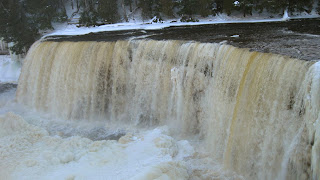 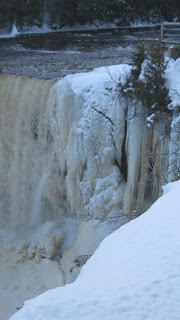 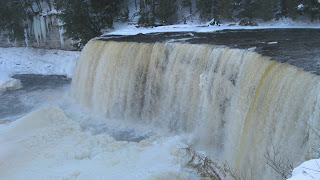 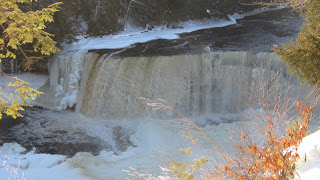 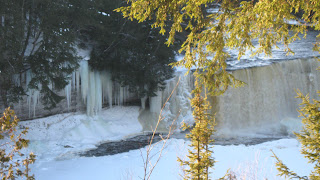 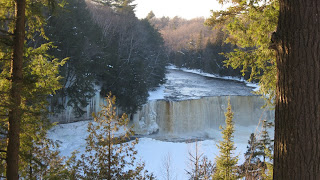