Monday was my sister's last day in Grand Marais, so we took full advantage. After breakfast we first headed up into the dunes. Here is a shot of Diana climbing the "access" dune. 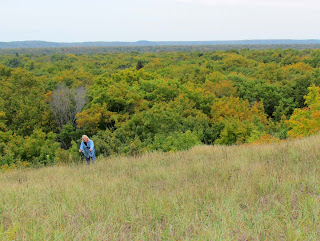 Once we climbed another dune or two to get a better view of Lake Superior, we spotted this freighter going by. 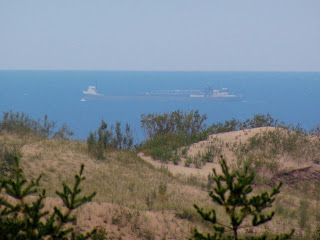 We also went down the beach to First Creek.  Due to the lack of rain, there is not much of a creek right now.  It doesn't even flow on the surface out to the lake.  It is amazing to think that our father used to fish in this creek. 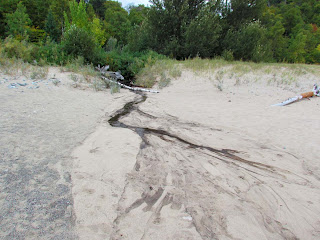 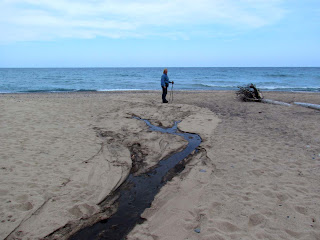 Then we decided to head out of town to do a little sight seeing.  The colors in some of the stretches along the highway were spectacular. 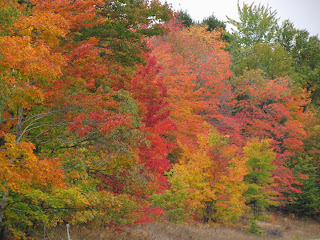 Our first stop was the Seney National Wildlife Refuge.  This refuge was created by President Franklin D. Roosevelt in 1935.  It was carved out of the Great Manistique Swamp by the Civilian Conservation Corps.  Throughout this nearly 96,000 acres of diverse habitat live a wide variety of wildlife species. 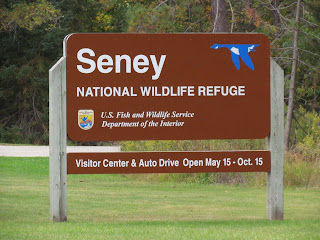 We didn't have a lot of time, but we did take the 7 mile drive. 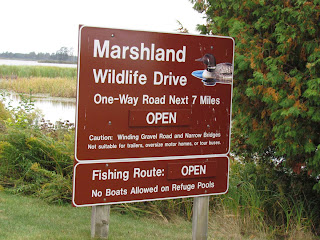 The first wildlife we spotted were the swans. 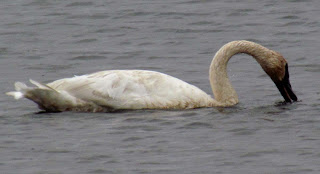 There were also loons. 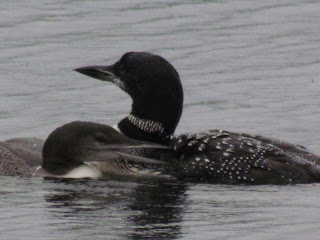 We saved this turtle that was crossing the road. 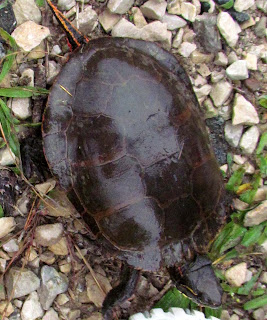 A deer didn't seem to be bothered much by us. 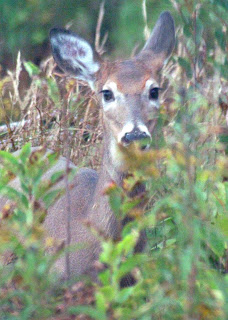 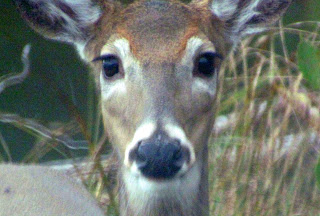 From Seney we headed west of Manistique to the Palms Book State Park. 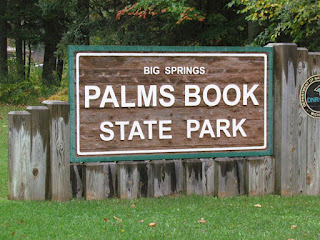 At this state park the Kitch-iti-kipi spring is located.  It is the largest spring in the state.  You can click on the interpretive signs below to read more about this amazing natural spring. 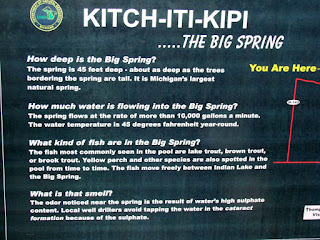 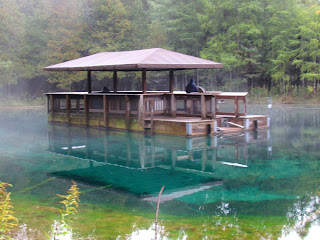 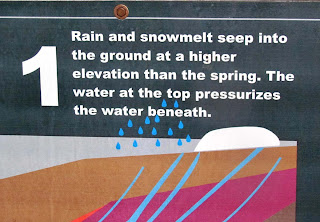 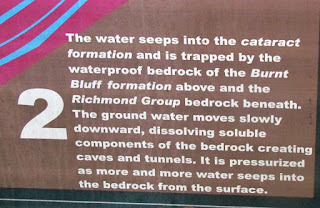 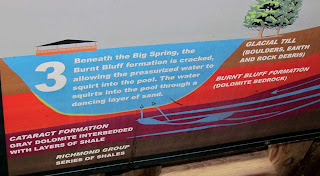 To see the spring, there is a raft tethered by a cable. 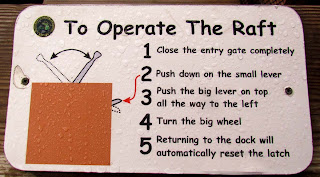 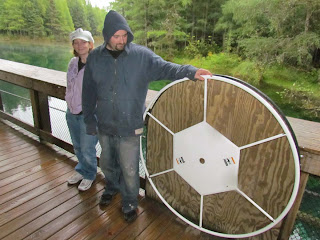 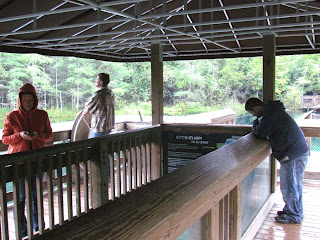 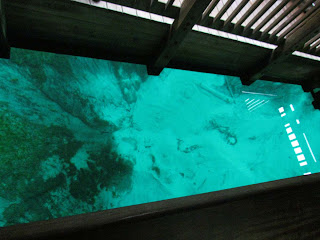 The sides of the pool are very steep with spring water bubbling up from the bottom at a rate of 10,000 gallons per minute. 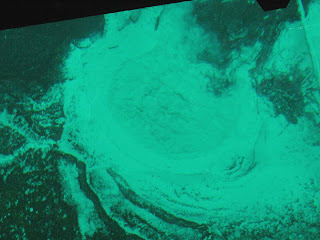 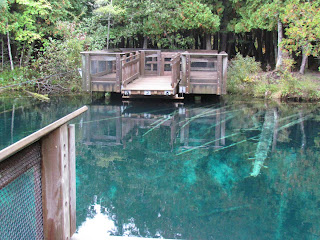