The only nice and sunny day during my sister's visit was on Sunday. That worked out well since that is the day we decided to go on a hike. We drove the new H58 to the trail head, but stopped at Hurricane River first so Diana could see the new bridge over the river.  She had driven past it the day before, but didn't get a chance to stop. 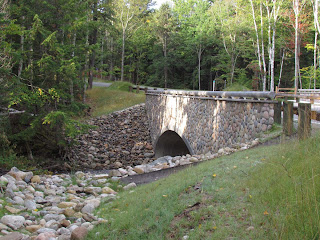 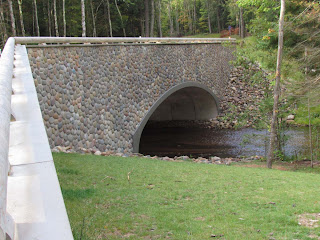 Then we met my friend, Helen, in Melstrand and drove to the Chapel-Mosquito trail head.  Rather than hike the entire loop, we decided to hike just the Mosquito half. 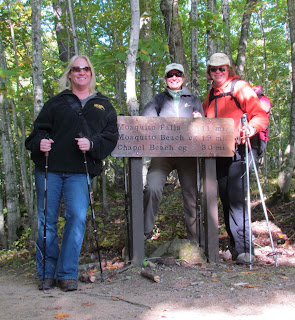 Tree roots define a lot of natural stairways along the trail. 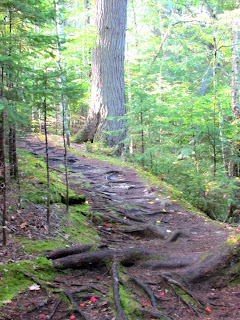 There were fall colors evident everywhere. 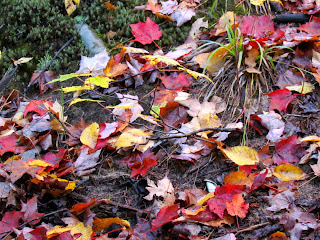 Along the left side of the trail, there was a path that I had never taken.  We walked back around 50 feet and there was the remains of an old cabin. 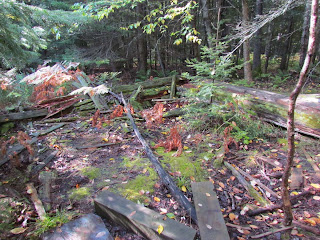 Once we made the turn toward Mosquito falls, we followed the river.  Here is a gravel bar along the river.  Although you cannot agate hunt within the national park, gravel bars like this in other areas are candidates for agate hunting. 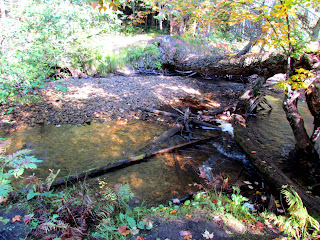 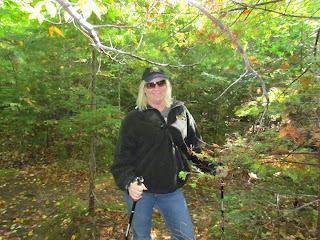 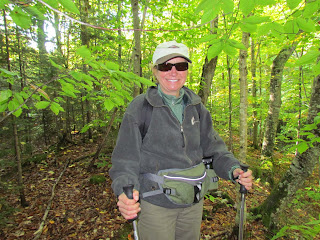 After around a mile and a half, we arrived at Mosquito Falls.  It is actually a series of cascading falls. 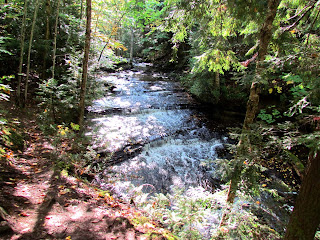 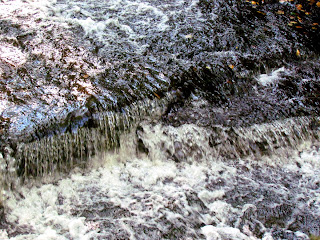 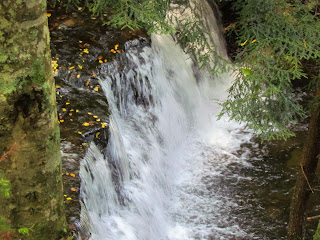 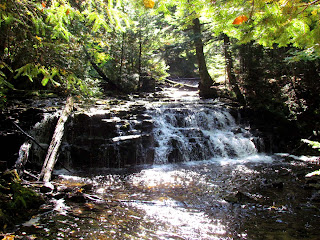 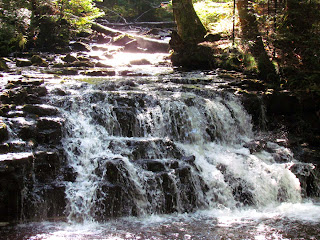