When I went to town the other day I decided to take a few photos. 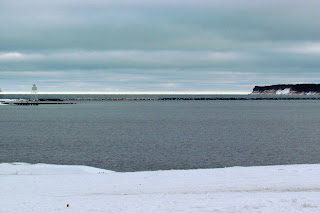 I was told that the break water builders were done, but their equipment is still here. So either they are still not done, or it is too late in the year for them to move their equipment. 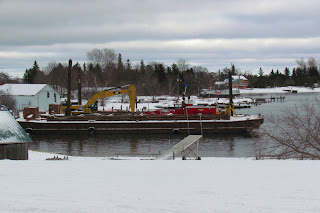 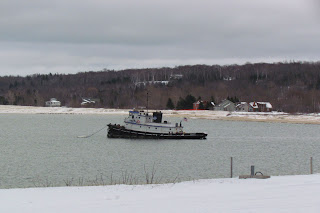 I've been told by those who live on the south shore of the bay that sand has already built up in the 200 yard gap. 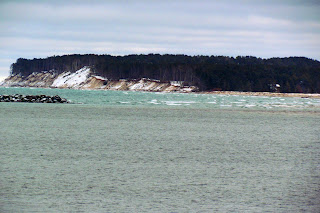 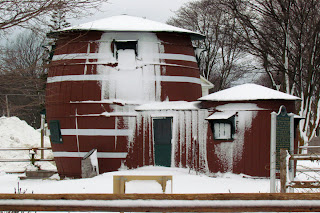 The week between Christmas and New Years is called by locals as "hell week."  When I owned the brewpub, this was the busiest week of the year.  Although there are still some snowmobiles, I would say the industry is down 50 percent at least.  During the mid-90s, there would have been up to 1,000 machines come through each day with a long line at the only gas station.  As you can see below, there were only a few sleds in line for gas and not more than 100 sleds in town. 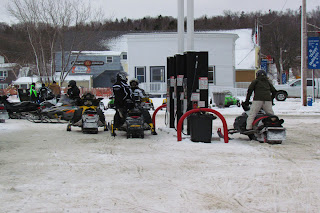 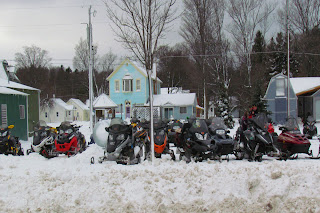 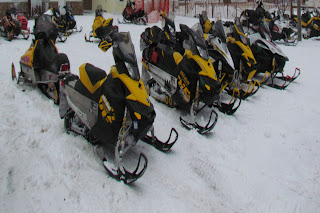 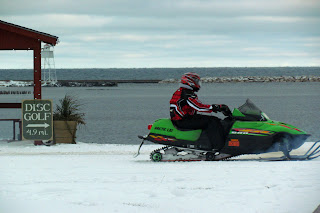 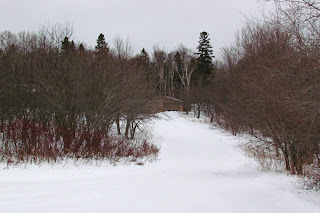