Happy holidays to all.  Thanks for your understanding regarding my time off from posting daily blog updates.  I must admit, that after only missing a handful of days all year -- it was nice to have a break.

Progress continues on the online rockhounding adventures.  I reorganized some of the content in the second adventure, which took a couple of days.  I also created several new movies about the Lake Superior region geology.  Today I'll put the final touches on Segment A and continue work on Segment B.

For Christmas my son and his wife, Kevin and Jericho, flew in from Vermont.  I joined them in the Baraga, MI area, which is where Jeicho's relatives live.  Thanks to all of them for letting me participate in their family's Christmas so that I could also spend time with Kevin and Jericho.

The day after Christmas, Kevin and I went and explored the area located north of L'Anse, MI along the east side of Keweenaw Bay. 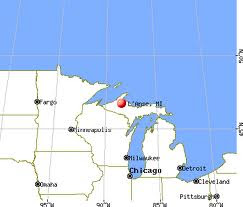 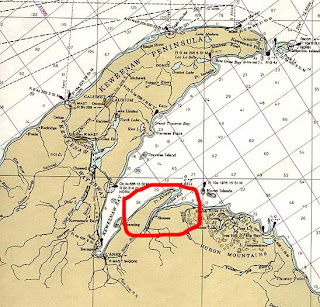 In particular, we accessed three different beaches.  The first was located on the coast of the U.P. mainland east of the Abby Point Peninsula and west of the Huron Mountain area. 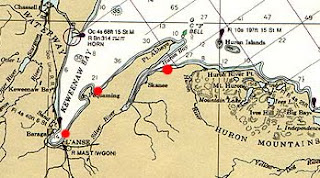 Although the beach is a bit frozen right now, you could tell that it is much shallower of a beach than those in Grand Marais. 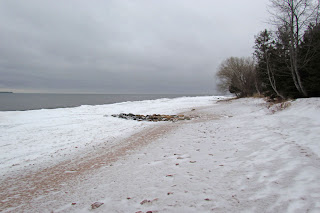 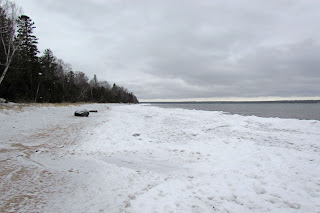 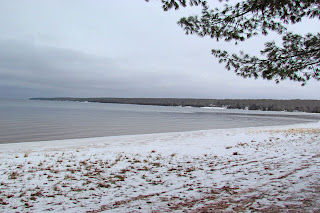 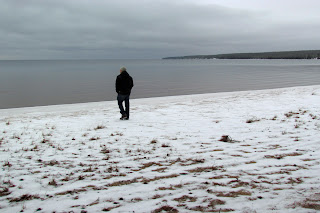 To the west you can see the end of Abby Point.  The shoreline of the Keweenaw peninsula is beyond Abby Point. 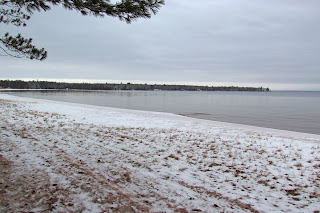 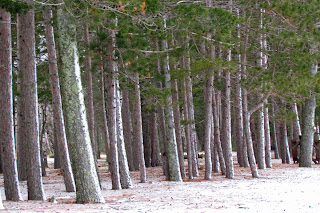 The ice starting to build up along the shore.... 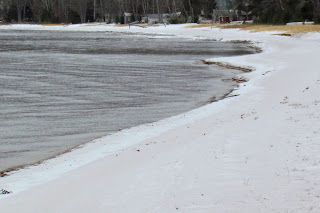 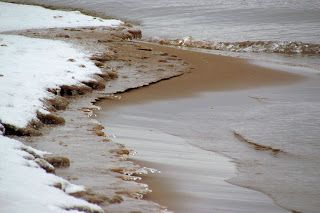 North of L'Anse there is a little town that at one point had a sawmill that was founded by Henry Ford.  Pequaming, an old lumber town was originally home to a Chippewa tribe.  It was named for "Pequa quaming," a narrow neck of land almost surrounded by water.  The water tower shown below still stands on site. 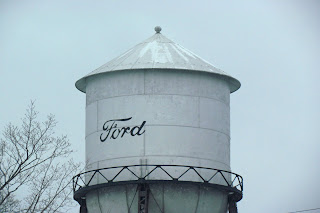 Next we stopped at the Second Sandy Beach. 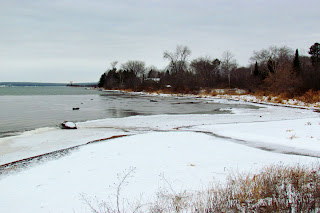