Man has again landed on the Moon -- or at least a man-made space craft.  China launched the Chang'e-3 spacecraft on December 2 and reached orbit around 60 miles above the lunar surface less than five days later. 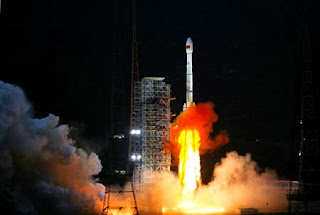 Then, the spacecraft descended into an elliptical orbit with its lowest point less than ten miles from the lunar surface. 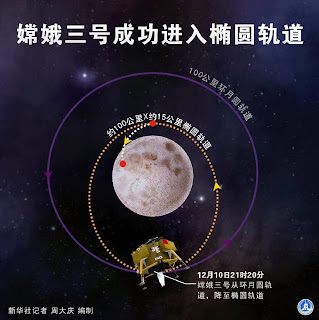 Finally, this past Saturday just after 9:00 p.m, the lunar landing touched the surface, delivering the robotic rover, Yuta (means "Jade Rabbit"), to the lunar surface to begin its multi-month driving trek around the Moon's surface.  It is interesting that the Chinese government allowed the public to choose the rover's name via a public online poll.   The name, Yuta, comes from a Chinese myth about the pet white rabbit of a goddess, Chang'e, who is said to live on the moon. 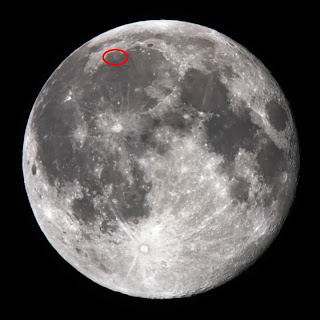 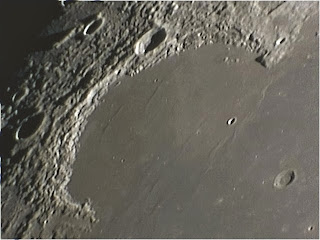 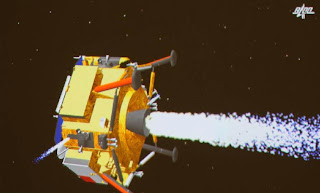 A few hours after landing, small explosive devices were triggered to unlock the rover, the solar wings were deployed along with a ramp, and a cable connecting Yutu to the lander was cut allowing the Chinese team to roll the rover down to the Moon's surface for the first time. 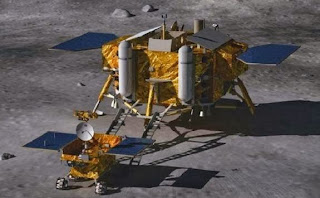 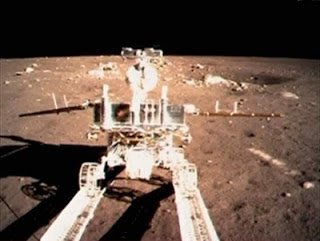 Considering that China's space program is decades behind the programs in the U.S., Russia, and other countries, they are rapidly catching up.  They launched their first astronaut into space in 2003. Things progressed until 2012, when they had 18 space launches.

The Chang'e 3 success marked China's first-ever landing on the moon, and the first soft touchdown on the lunar surface since the former Soviet Union's Luna 24 mission in 1976. NASA's last soft lunar landing came in 1972, on the Apollo 17 mission.


The rover is a six-wheeled lunar rover equipped with at least four cameras, two mechanical legs that can dig up soil samples, and telescopes that will be used to study how solar activity affects the Earth's atmosphere.  To help the rover operate in the cold lunar environment which can reach temperatures as low as -180°C (-292°F), it is equipped with radioisotope heater units.