While in Wisconsin we stopped by the Wisconsin Diary State Cheese Company.  I started thinking about what cheese really is, so I decided to do a blog post on the subject.

Cheese is a food made from milk that is produced worldwide in a variety of flavors and textures.  It is made by coagulating the protein in milk called casein. Although most cheese is made from the milk of cows, it can also be made with the milk of buffalo, goats, and sheep. During production coagulation is stimulated by adding the enzyme rennet, after which the solids are separated and pressed into final form. 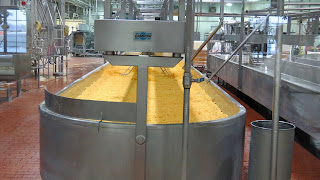 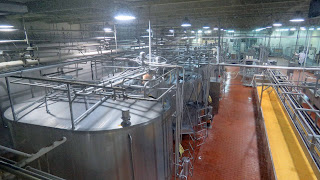 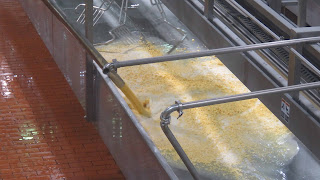 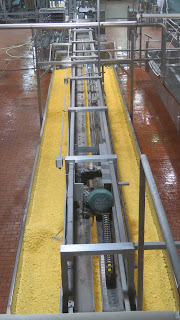 The varieties of cheese differ depending on the type of milk used, the diet of the animals, the butterfat content of the milk, the inclusion of bacteria or mold, the processing and aging of the cheese, the addition of herbs or spices, and whether the cheese is pasteurized.  Cheese is valued for its portability, long shelf life, and high content of fat, protein, calcium, and phosphorus.

Cheese is an ancient food with an origins that predates recorded history. There is no conclusive evidence indicating where cheesemaking originated, but the practice of making cheese was well established well before Roman times and possibly as early as 8,000 b.c.

The first factory for the industrial production of cheese opened in Switzerland in 1815, but large-scale production first found real success in the United States. Credit usually goes to Jesse Williams, a dairy farmer from Rome, New York, who in 1851 started making cheese in an assembly-line fashion using the milk from neighboring farms.

Around 20 tonnes of cheese is manufactured worldwide, with U.S. production equaling around one-third.   Around 25 percent of U.S. production is in Wisconsin.  The highest consumption per person takes place in France, Iceland, Finland, Denmark and Germany. 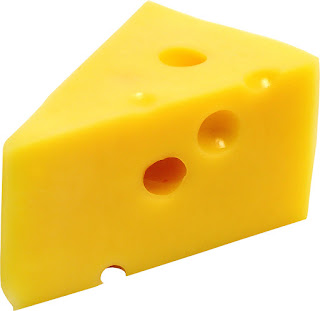 The variety of components can be extreme.  Some common cheese components are below.