My "Barely made it through the summer, but did" celebratory trip to South Dakota (First Post) + Major Announcements

First, I want to thank everyone who visited the Gitche Gumee Museum this summer.  There were so many people.  No one has ever seem tourism such as what we had this summer.  All the campgrounds were full.  All the motels and affordable rental houses were full.  They kept coming and resorted to illegally camp wherever they could park their RV or pitch their tent.  The other difference in this summer's tourism was the significant increase in rude, abusive, and threatening behavior.  I did not expect to be subjected to this behavior as an owner of a rock shop and small museum. The source of these behaviors was my requirement to comply with CDC guidelines for face coverings and hand sanitizing.

Toward the end of the season one of my college friends, who read some of my Facebook posts, offered me $50 for each mask-refuter I refused entry.  Many people came into the close-spaces Gitche Gumee because they got wind of the fact that I strictly enforced mask and hand sanitizing requirements.

In part because of this summer, but also because of where I am at on my life's path, I have made a major life changing decision.  That decision is officially announced on line at the end of this post.

But first, I would like to thank for the prodding from my son, Jonathan, who urged me to make time to compile this post.  Today I will share photos I took on my trip to South Dakota.  I was also prodded in the timing of this trip by my friend, Sharon. who also needed to go rock hunting and exploring in South Dakota.  The weather forecast was perfect for early October, so I left the day after the museum closed for the season.  Sorry to those who may read this who were disappointed I was not around for a private appointment, but I just had to get away.

After leaving Grand Marais early on October 1st, I had several errands and appointments in Marquette.  Then I drove a few hours and stayed in Ironwood.  I woke up the next morning to snow on the ground.  There was just a dusting, but I felt like maybe the winter-like weather was kicking me west to get beyond the cold-weather trough descending on the Great Lakes Region. 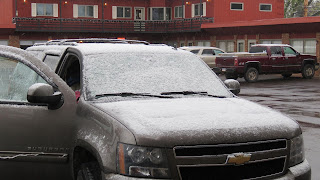 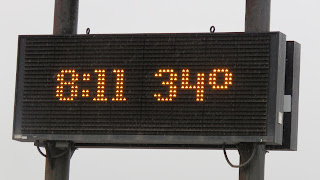 I drove to Brainerd, MN and met up with my friends, Sharon and Tom.  We visited with social distancing the best we could.  Then, with my mask on, I spent time with Sharon's mom, Helen, who is 105 years old and totally of sound mind.  She is beyond incredible.  Sorry I did not get a photo.

We left the next morning.  This was my view, following Sharon and Tom in my Suburban/RV. 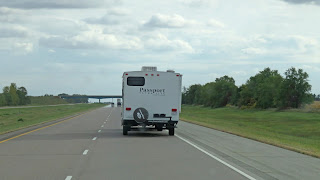 We stopped at a cool rest area on the banks of the Missouri River.  I think it was in Chamberlin, SD.  This is one of the coolest statutes I have ever seen.  At this time with our political divides, we can use more dignity. 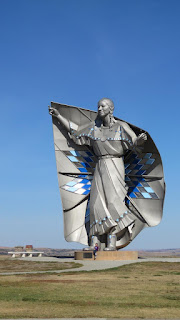 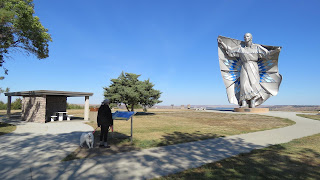 This is Clark.  He is the coolest dog.  It was great to share the adventure with Clark.  It was his first ever adventure.  He was a terrific traveling dog. 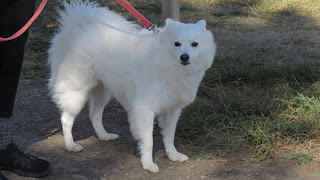 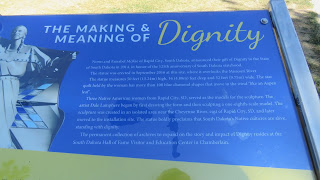 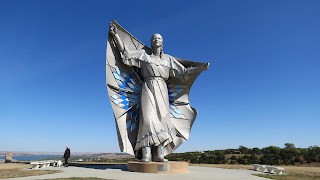 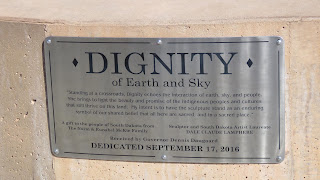 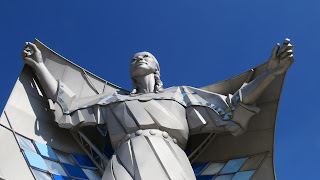 Lewis and Clark passed this spot. 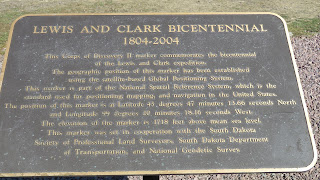 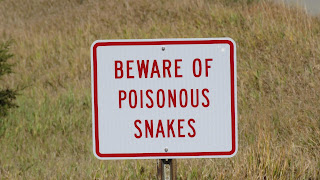 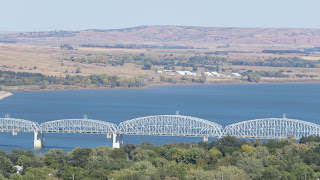 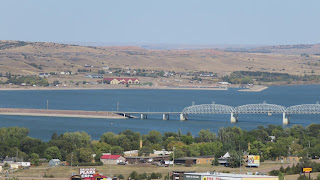 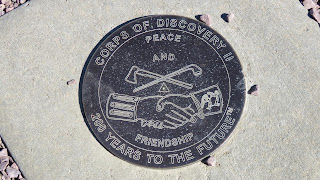 Also, at the same rest area... 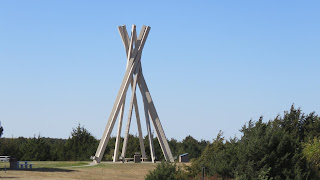 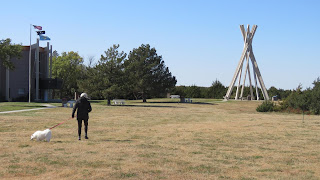 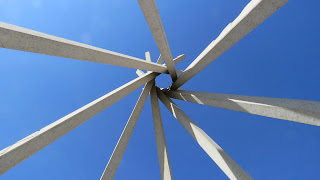 Then we continued west toward Kapoka, SD.  More photos tomorrow..... 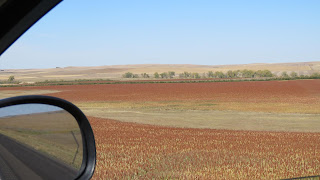 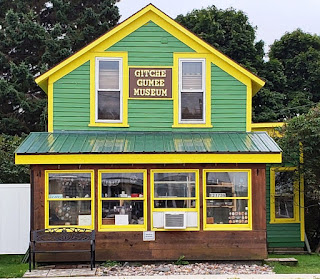 After 22 years of dedicated service working the Gitche Gumee Museum seven days a week for the summer season, it is time for a compromise.  For every hour the museum is open, there is another hour or two of other tasks required to make everything happen.  I can no longer work this pace.

Here is the compromise.  I have decided I want to spend more time writing books.  That is what I do best.  That is what I most enjoy doing.  As much as I would like to work as a writer full time, I will continue limited hours.  For 2021 and most likely all future years, the hours will be:

I will consider scheduling private appointments, but there will be high defined minimums to convince the Agate Lady to leave her writer's lair.

After being in existence for 70 years (although closed for nearly 20 of those years), the museum has entertained people for a long time.  The founder, Axel Niemi, and myself had different styles and delivery modes, but we were both passionate about educating people.

Now, it is time for a change.  The Gitche Gumee Museum will be open for just one more year.  It will close the end of August in 2021.  In the mean time, I will be  re-doing an outbuilding on my property located two miles from downtown Grand Marais.  The Agatelady Rock Shop will open for business on June 1, 2022.  The good news is the selling space in the new rock shop will be bigger than the current museum gift shop space.  It is also one contiguous area.  Thus, by putting selling shelves on wheels, I will be able to open up the center space of the rock shop and have lectures, rock parties, and other special events.

I will be selling the current Gitche Gumee Museum building.  I will also be selling most (but not all) of the antiques.  None of the rocks in the current museum are for sale.  Interest has already been shown by multiple people in purchasing the GGM building.  However, it is early and I have not really started the selling process yet.  So if you, too, have an interest in purchasing this commercial property, please send an email to Karen@agatelady.com.  Who ever buys this space and sets up a gift shop or other business, benefits from the Gitche Gumee Museum's dedicated clientele and word-of-mouth referrals to this physical location.  More details will be announced when they become available.