Although I usually do not get over to Whitefish Point much, I went there for the third time in a little over a month with my sister, Diana Mavis. For the past nine years, she has come up to visit me the end of September. We've decided to explore different corners of the Upper Peninsula. Last year, we went to the Keeweenaw. This year, we went to Tahquamenon and Whitefish Point.

The first photo is of sunrise in Grand Marais. The shot was taken of the inner harbor lighthouse. We decided to get an early start so that we could thoroughly explore the eastern U.P. 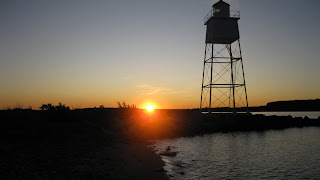 Next, we went to the Upper Tahquamenon Falls. The state park, which is located around an hour from Grand Marais, comprises 50,000 acres stretching almost 15 miles. There are 35 miles of hiking, including the North Country Trail. The upper falls are 200 feet wide and 50 feet tall. Although the record peak flow was 52,228 gallons per second, the flow the day we were there was only 1,997 gallons per second. 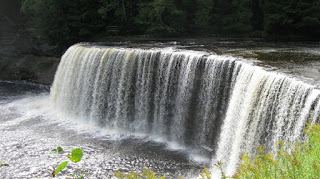 From the falls, we drove to Whitefish Point. We didn't take time to go through the museum, but we did enjoy taking a few photos. 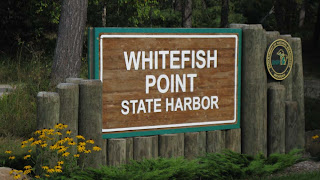 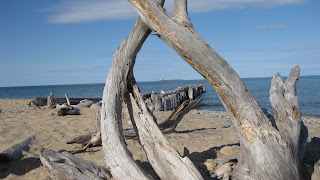 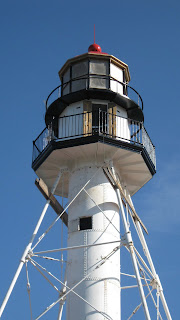 Next, I wanted to show Diana one of my favorite beaches. We hung out at Vermillion for a few hours to look for agates and enjoy the sunset. 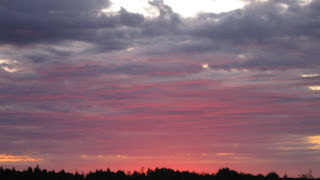 The next day, we spent a lot of time at the Lower Tahquamenon Falls. I had been there one time in the winter, but never when it wasn't frozen. Both of us were impressed with the beauty of the area. I think most tourists go to the upper falls. However, the lower falls should not be missed. We rented a rowboat and rowed over to the island. There is a 3/4 mile trail that goes around the island, providing a fantastic view of all the cascading sections of the lower falls. 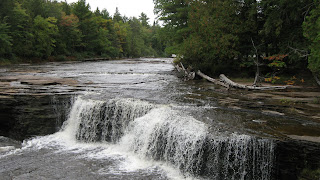 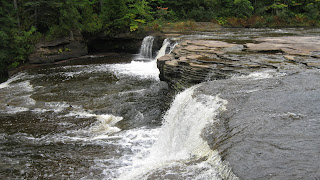 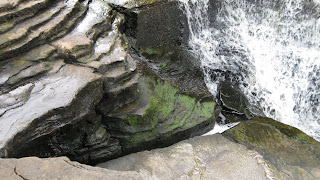 On our way back to Grand Marais, we stopped by the Oswald Bear Ranch. They have 29 bears in large enclosures. Some of the acreage has forests, so we didn't see all the bears. I swear that some of them are assigned duties to entertain the tourists, especially the young bears. The ranch started raising bear in 1984 and openned to the public in 1987. The bears hibernate between November and mid March. They are around 8 ounces when born and live between 25 and 30 years. The last photo is of a huge bear that sat between two trees in a sort of makeshift thrown. 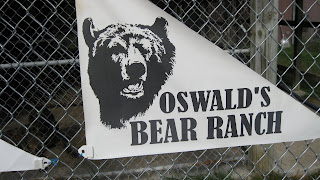 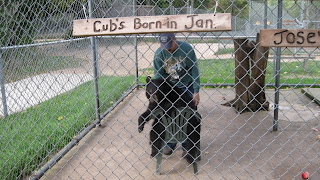 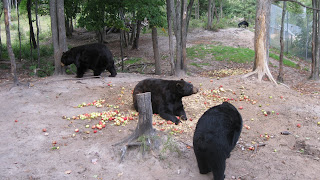 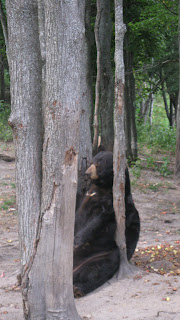