Fall Colors in the Great Lakes--As Seen from Space

Two days in a row I will post pictures from the website http://earthobservatory.nasa.gov/ since today NASA is featuring the fall colors of the Great Lakes region.  They posted two photos: 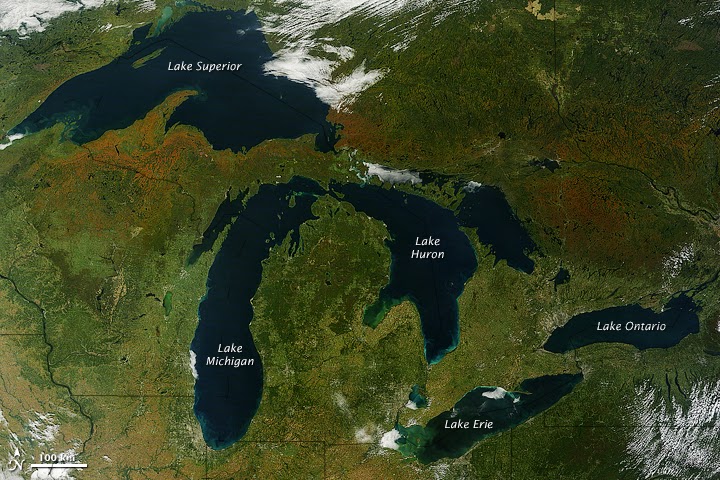 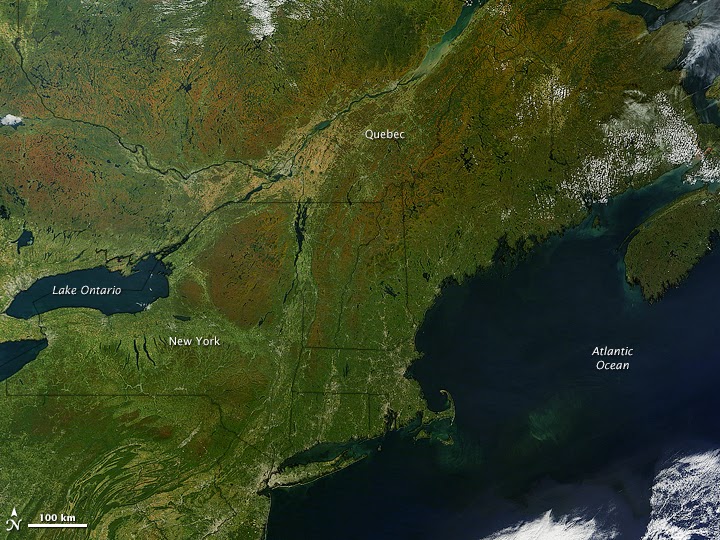 "A few days after autumn showed up on the calendar in the Northern Hemisphere, it showed up on the landscape of North America. ...NASA... captured these views of fall colors around the Great Lakes (September 26) and New England (September 27, 2014). The brown and orange shades are most pronounced in the Upper Peninsula of Michigan, northern Wisconsin, upstate New York, New Hampshire, Vermont, Maine, and southern Quebec and Ontario. You can also see faint traces of phytoplankton blooms in the lakes and offshore in the North Atlantic.

The changing of leaf color in temperate forests involves several causes and reactions, but the dominant factors are sunlight and heat. Since temperatures tend to drop sooner and sunlight fades faster at higher latitudes, the progression of fall color changes tends to move from north to south across North America from mid-September through mid-November.

In late summer and autumn, tree and plant leaves produce less chlorophyll, the green pigment that harvests sunlight for plants to convert water and carbon dioxide into sugars. The subsidence of chlorophyll allows other chemical compounds in the leaves—particularly carotenoids and flavonoids—to emerge from the green shadow of summer. These compounds do not decay as fast as chlorophyll, so they shine through in yellows, oranges, and reds as the green fades. Another set of chemicals, anthocyanins, are associated with the storage of sugars and give the leaves of some species deep purple and red hues.

Weather affects the range and intensity of colors. If the weather stays above freezing, it is easier for anthocyanins to form. Dry weather, which increases the sugar concentration in sap, also increases the amount of anthocyanin. So the brightest autumn colors occur when dry, sunny days are followed by cool, dry nights.

According to a paper published last month by researchers from Princeton University, climate change could someday delay the onset of fall color changes in some species, but also extend it later into the year. Warmer temperatures could lengthen the growing season for some plants, though more so at middle latitudes than high latitudes."

Just for fun, I am including two more photos below from the same webpage.  It shows the same area in the Appalachian Mountains -- one taken during the summer and one during the fall. 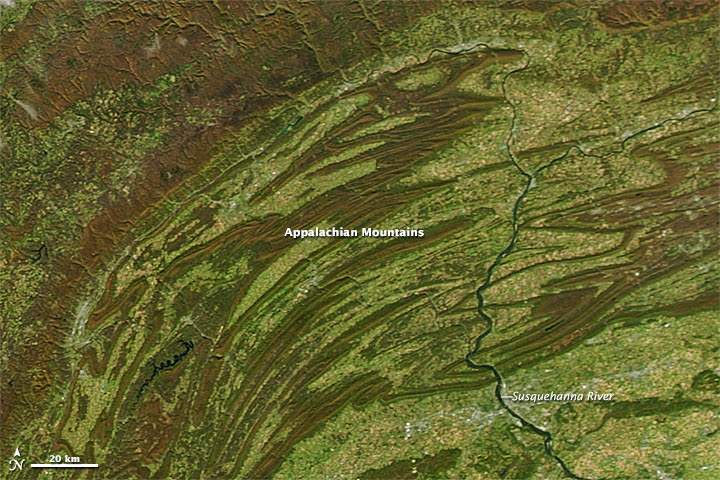 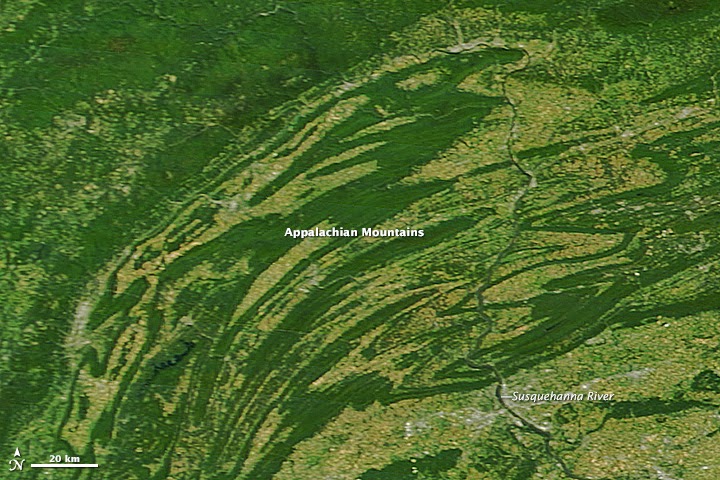