Where in the Universe are we?

This month in Nature an article is included that gives us a new perspective about where we live in the Universe.  A few years ago the European Space Agency initiated a mission called Planck.  The purpose of this mission was to record and map the ancient light in our Universe, called the cosmic microwave background.  Apparently the tiny temperature fluctuations can be measured including what was imprinted on the sky when the Universe was only 370,000 years old. The fluctuations correspond to regions of slightly different densities, representing the seeds of all future structure: the stars and galaxies of today.
By analyzing the light patterns in this map, scientists are fine tuning what we know about the universe, including its origins, fate and basic components.

Another team of researchers narrowed into our immediate cosmic location.  Their article publishes new data this month that depicts what the Universe neighborhood that the Milky Way galaxy exists in looks like.  The cite for this article is:  Tully, R. B., Courtois, H., Hoffman, Y & Pomarède, D. Nature 513, 71–73 (2014).

To try to explain our complete cosmic address, I have compiled the following series.....

We live on the planet Earth. 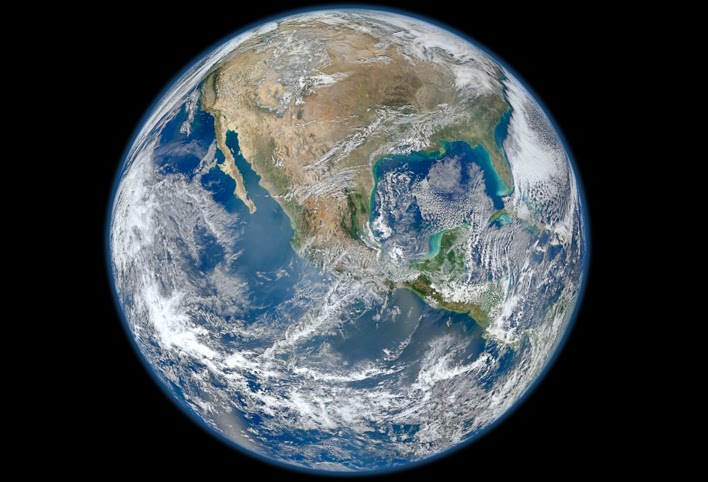 Our planet is part of a solar system....

Our solar system is part of the Milky Way spiral galaxy. Its name “milky” is derived from its appearance as a dim glowing band arching across the night sky in which the naked eye cannot distinguish individual stars. 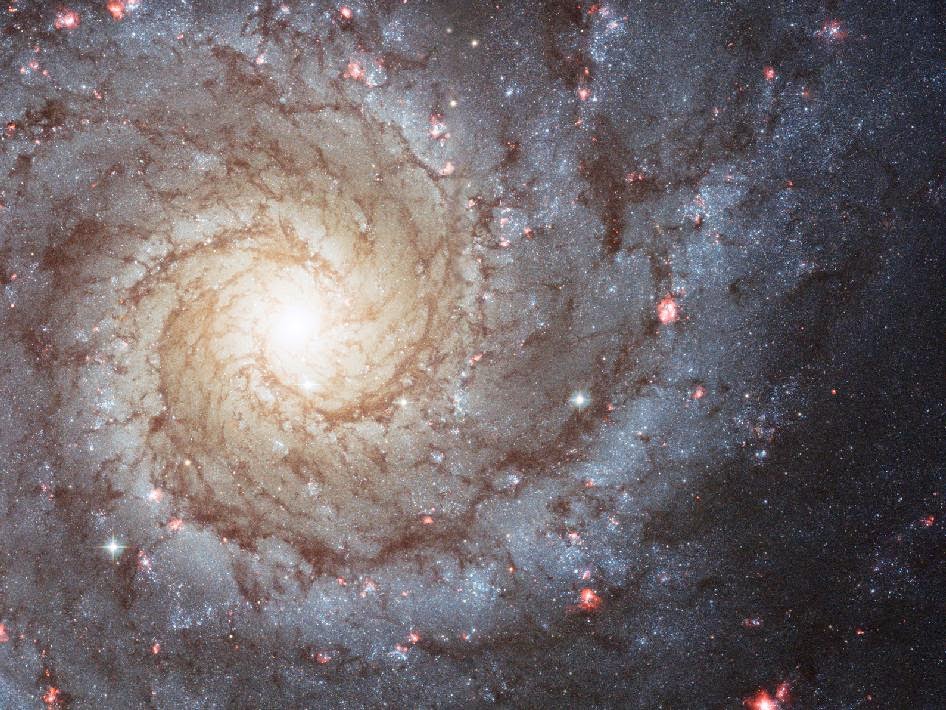 The view of the Milky Way from Earth.... 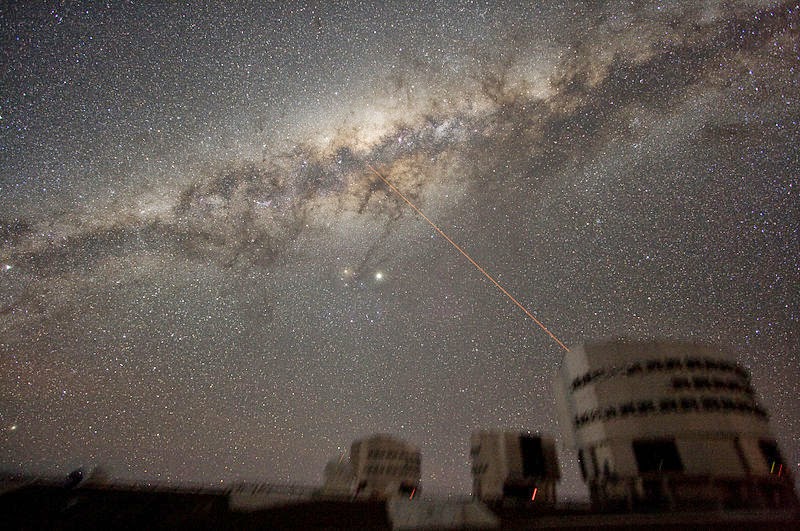 Our Sun is on the Orion spiral arm of the Milky Way.... 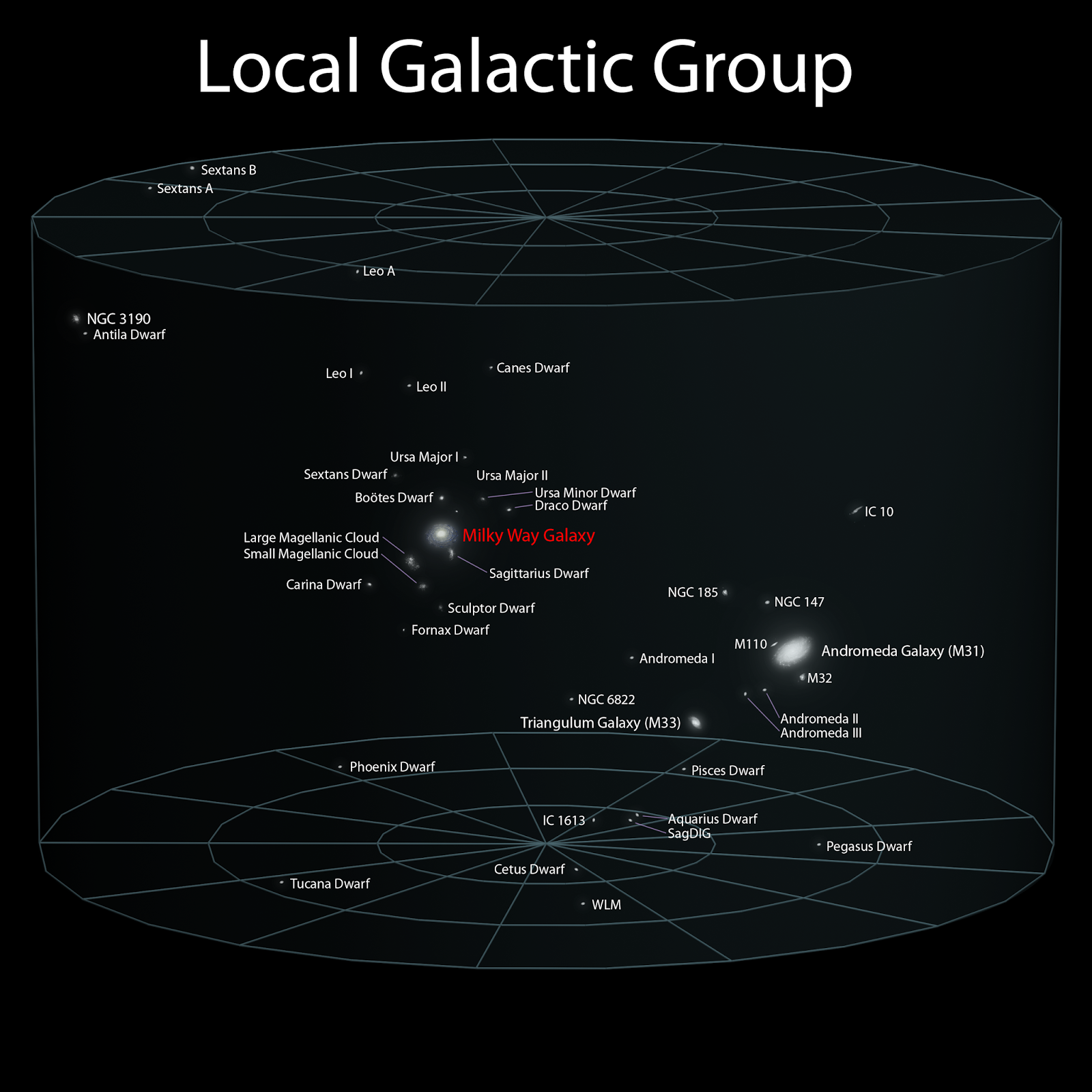 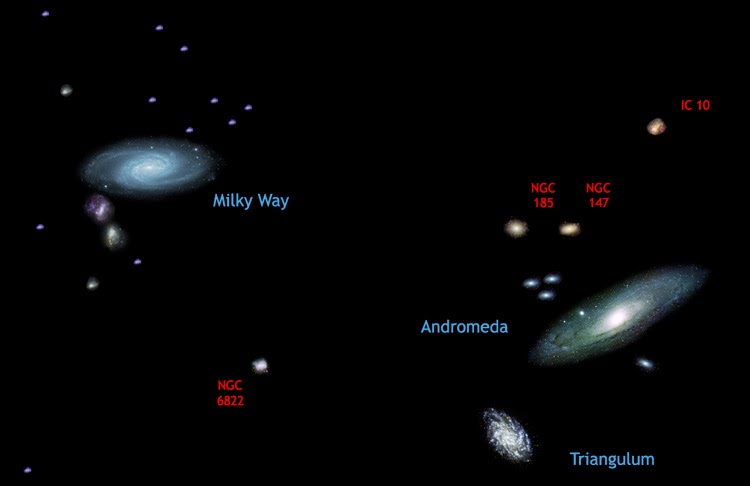 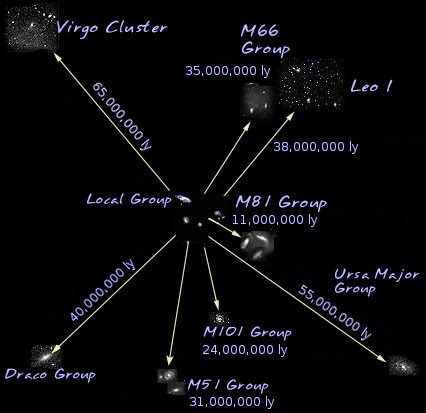 The new research published this month suggests that the Virgo Supercluster is part of a larger neighborhood of galaxy clusters called Laniakea Supercluster. At least 100 galaxy groups and clusters are located within its diameter of about 500 million light years across.  Laniakea, is Hawaiian for “immense heaven.” This is without doubt true since Laniakea contains the mass of 100 quadrillion Suns. 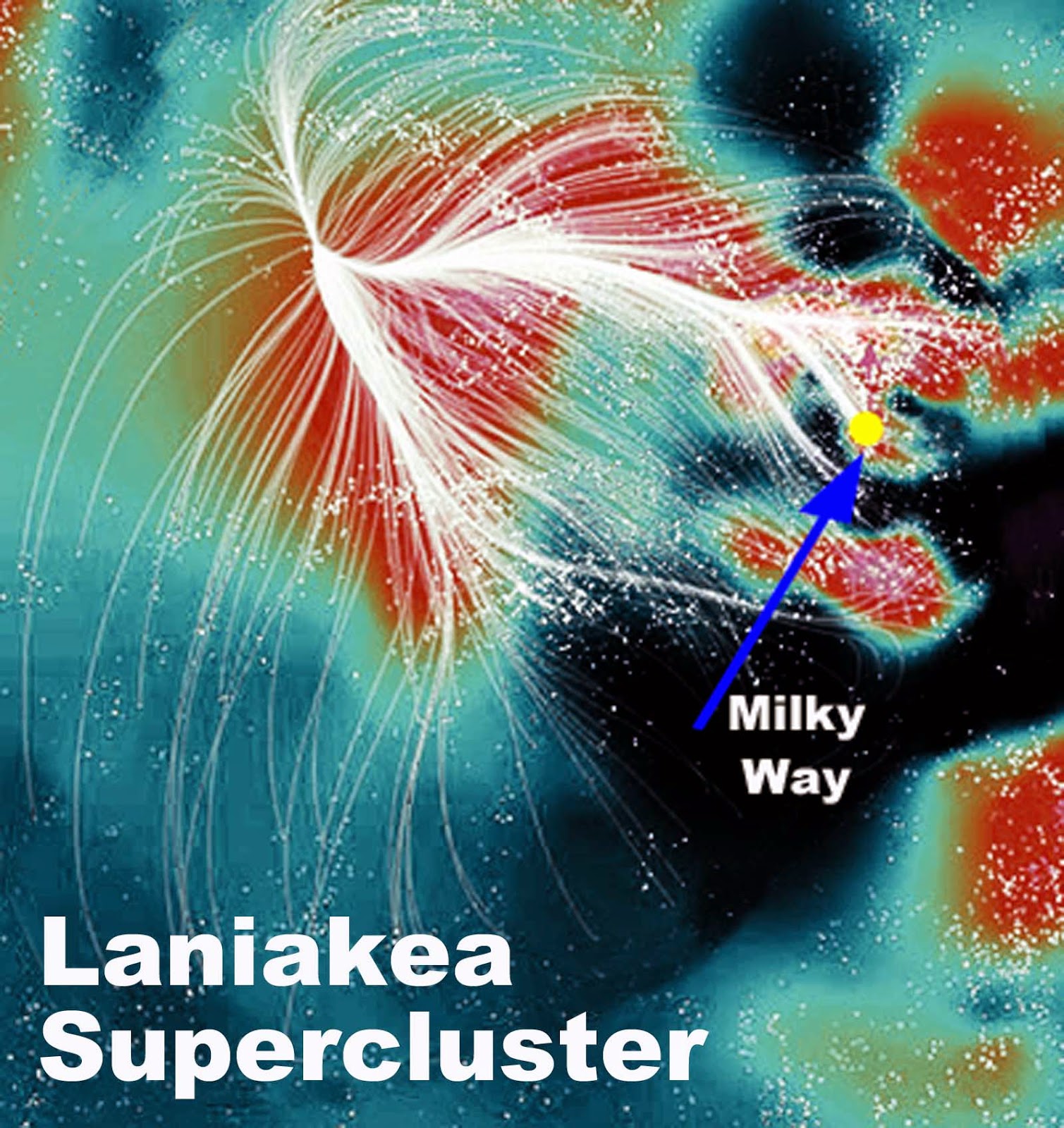 So just where is the Virgo Supercluster, part of the Laniakea super supercluster located?  We are near the top of the observable Universe. 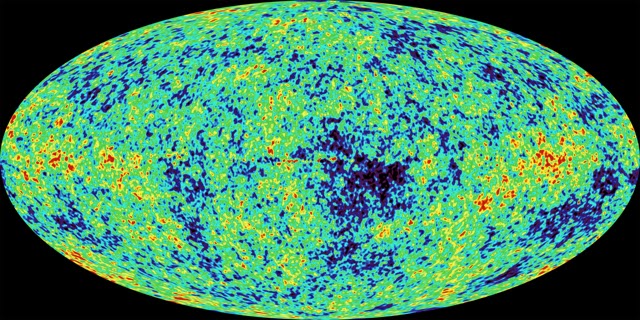 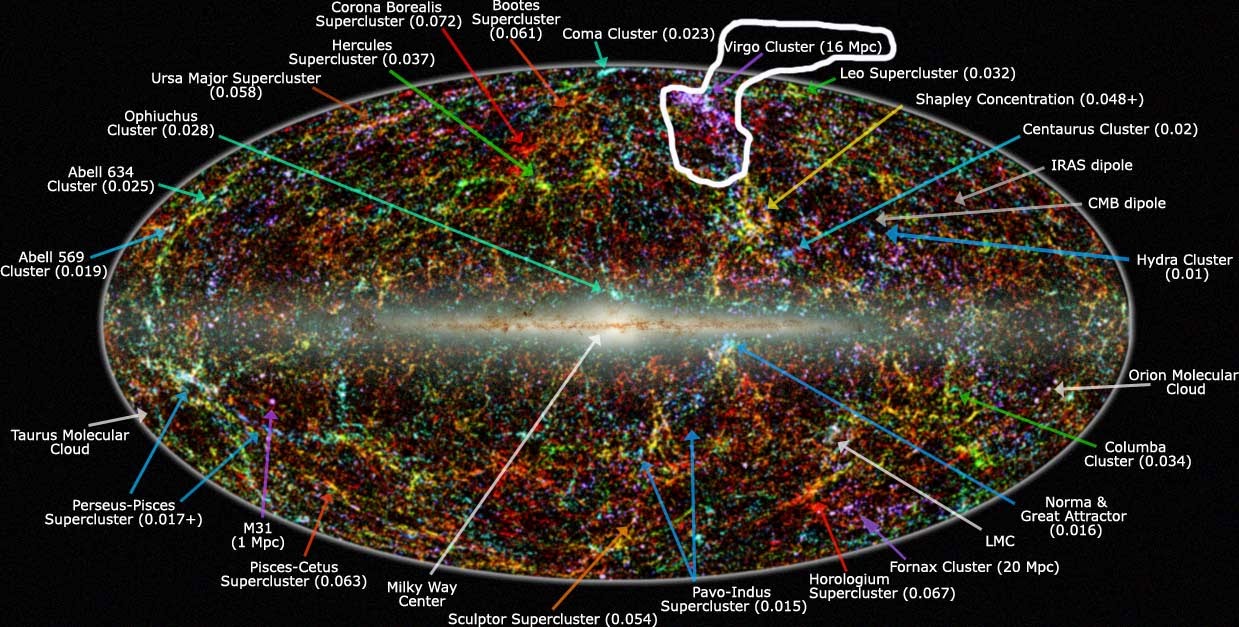 The abstract for the actual article regarding the new Laniakea supercluster is below.


"Galaxies congregate in clusters and along filaments, and are missing from large regions referred to as voids. These structures are seen in maps derived from spectroscopic surveys that reveal networks of structure that are interconnected with no clear boundaries. Extended regions with a high concentration of galaxies are called ‘superclusters’, although this term is not precise. There is, however, another way to analyse the structure. If the distance to each galaxy from Earth is directly measured, then the peculiar velocity can be derived from the subtraction of the mean cosmic expansion, the product of distance times the Hubble constant, from observed velocity. The peculiar velocity is the line-of-sight departure from the cosmic expansion and arises from gravitational perturbations; a map of peculiar velocities can be translated into a map of the distribution of matter. Here we report a map of structure made using a catalogue of peculiar velocities. We find locations where peculiar velocity flows diverge, as water does at watershed divides, and we trace the surface of divergent points that surrounds us. Within the volume enclosed by this surface, the motions of galaxies are inward after removal of the mean cosmic expansion and long range flows. We define a supercluster to be the volume within such a surface, and so we are defining the extent of our home supercluster, which we call Laniakea."