NASA Photos Showing the Destruction of the Aral Sea

As many of you know, every once in a while I check in with NASA's Earth Observatory website at http://earthobservatory.nasa.gov/ .  Today the website is featuring the dramatic difference in the Aral Sea, located in western Russia. 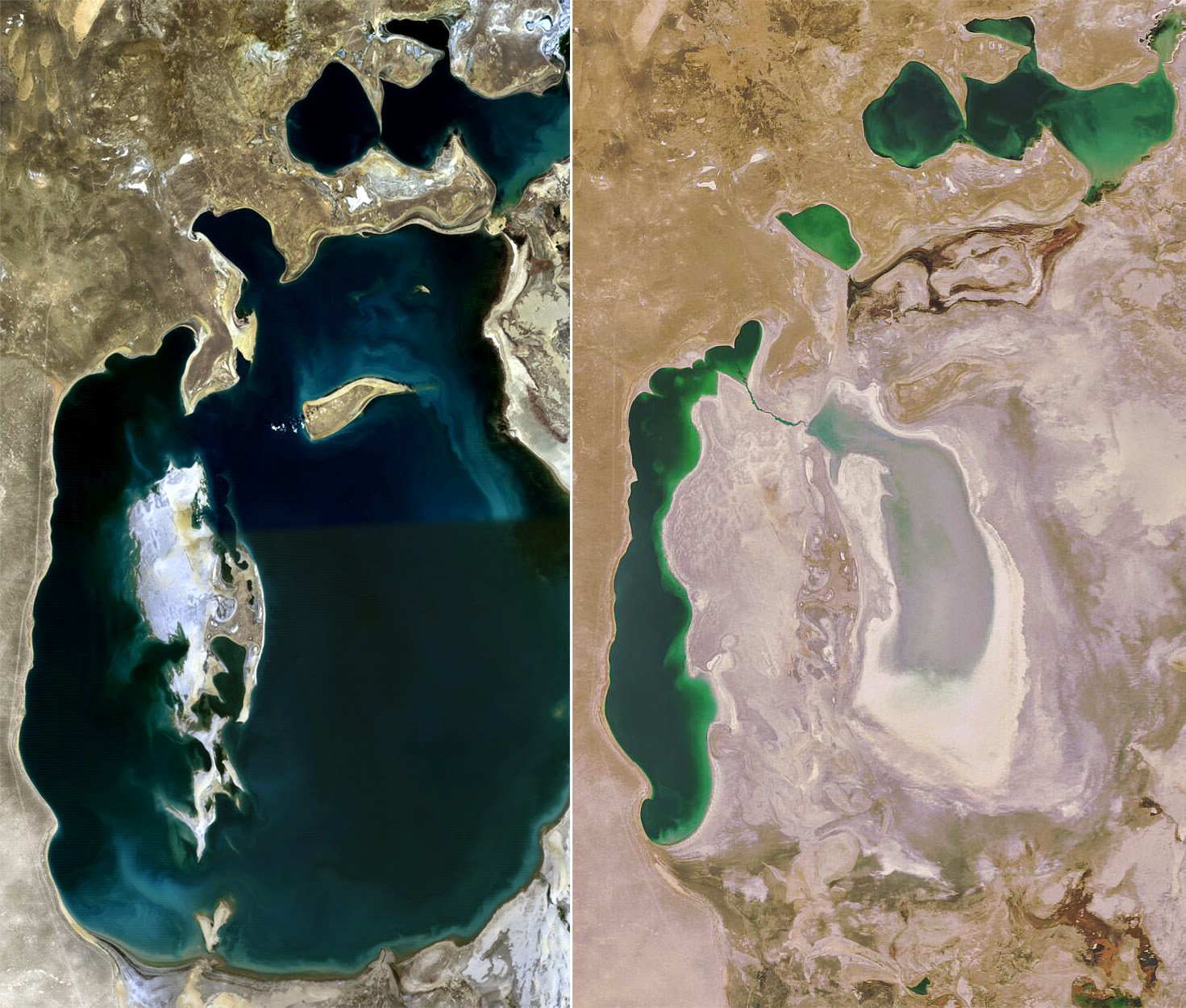 Formerly the Aral sea was one of the four largest lakes in the world with an area of 68,000 square km (26,300 sq mi) and 1,534 islands.  Now the lake is almost gone.  The Aral Sea has been steadily shrinking since the 1960s after the rivers that fed it were diverted by Soviet irrigation projects. By 2007, it had declined to 10% of its original size, splitting into four lakes. By 2009, the southeastern lake had disappeared and the southwestern lake had retreated to a thin strip at the extreme west of the former southern sea; in subsequent years, occasional water flows have led to the southeastern lake sometimes being replenished to a small degree.The maximum depth of the North Aral Sea is 42 m (138 ft) (as of 2008).

The shrinking of the Aral Sea has been called "one of the planet's worst environmental disasters".The region's once-prosperous fishing industry has been essentially destroyed, bringing unemployment and economic hardship. The Aral Sea region is also heavily polluted, with consequent serious public health problems. The retreat of the sea has reportedly also caused local climate change, with summers becoming hotter and drier, and winters colder and longer.  The series of NASA photos from 2000 to 2014 is below. 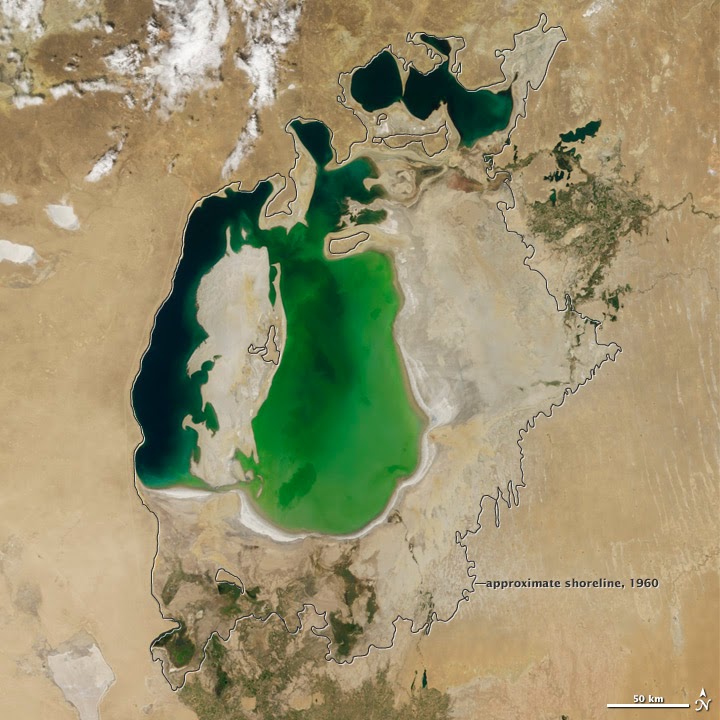 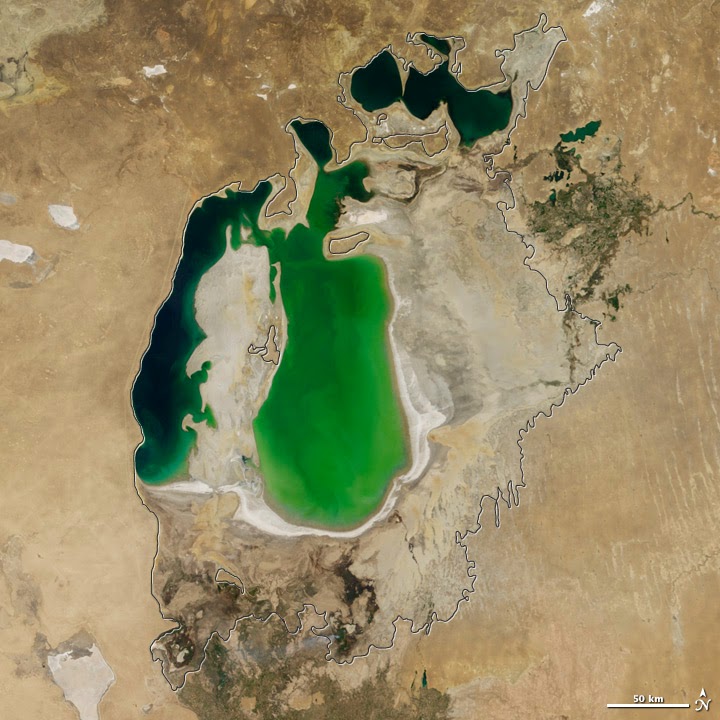 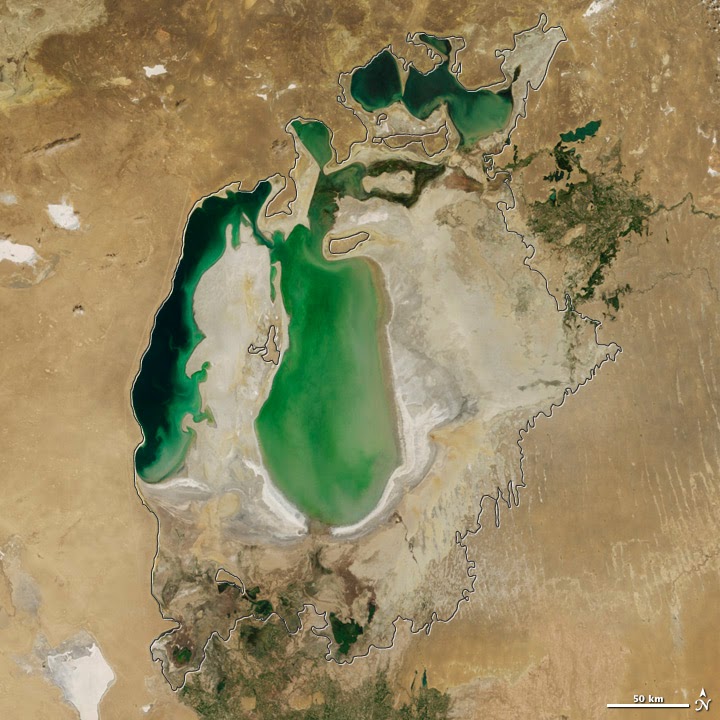 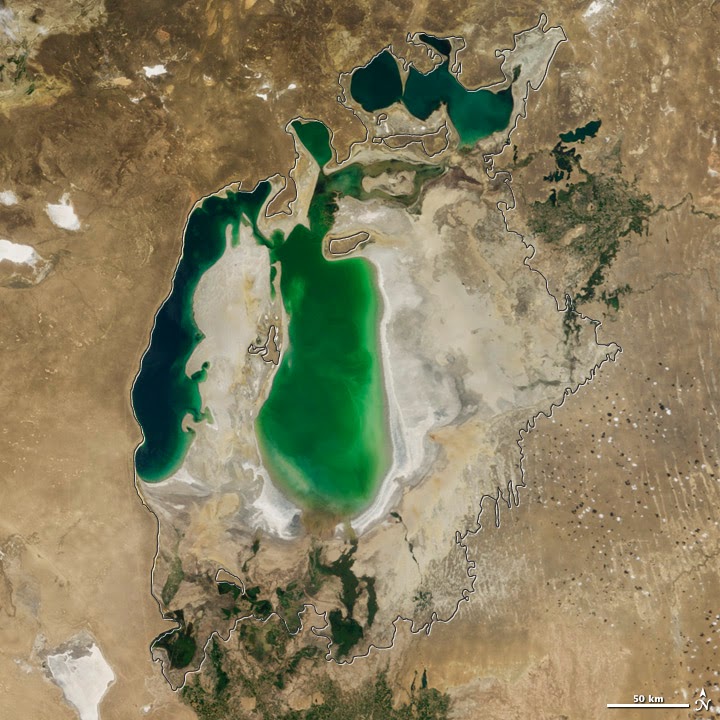 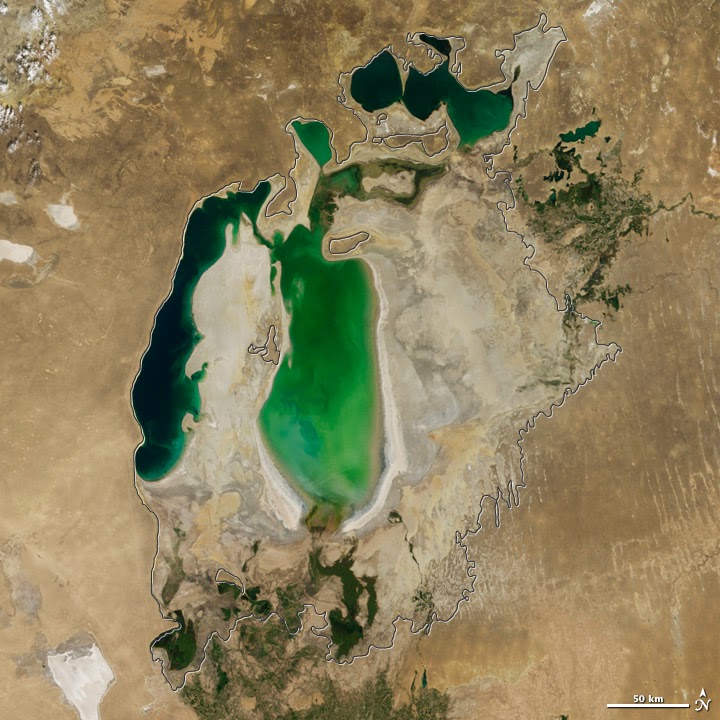 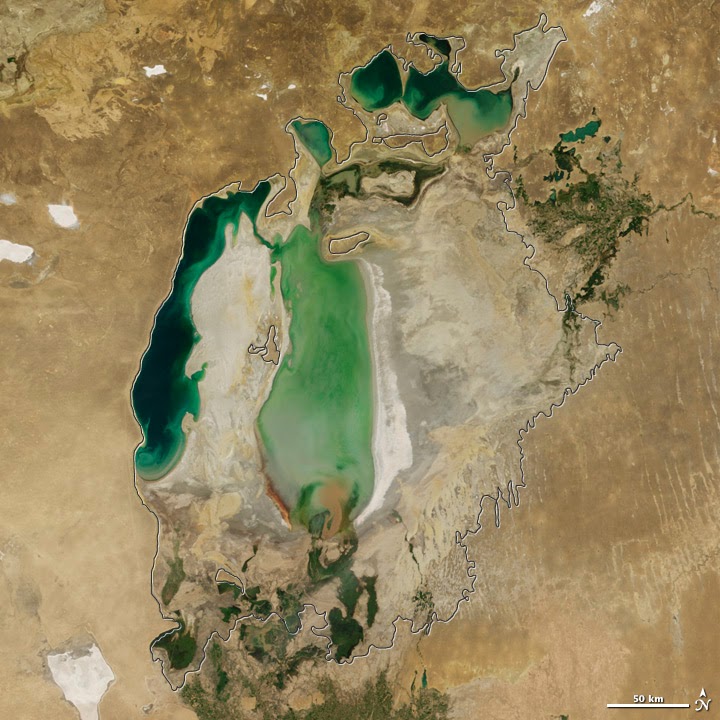 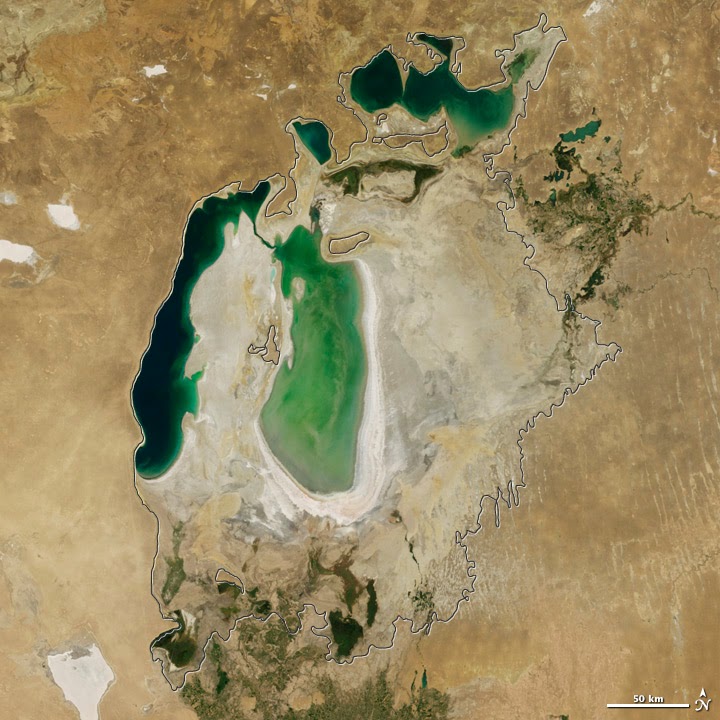 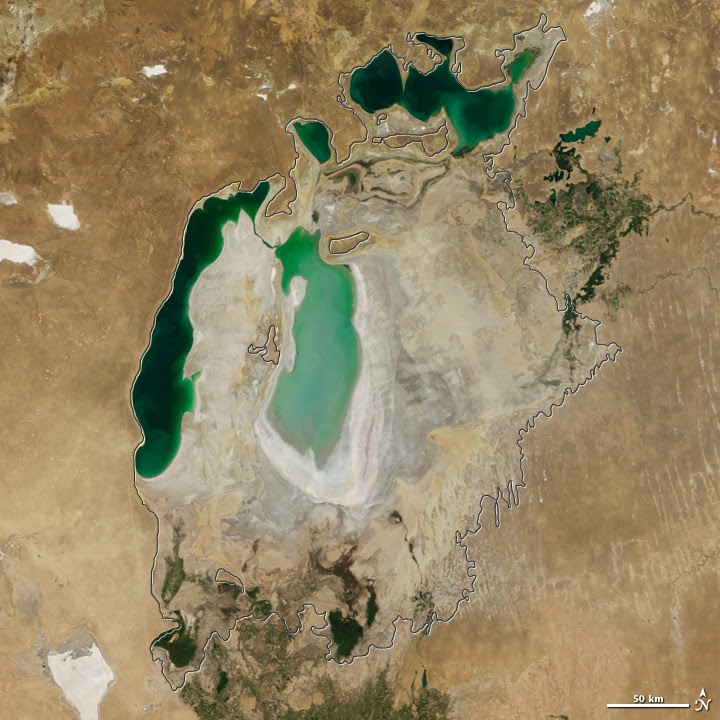 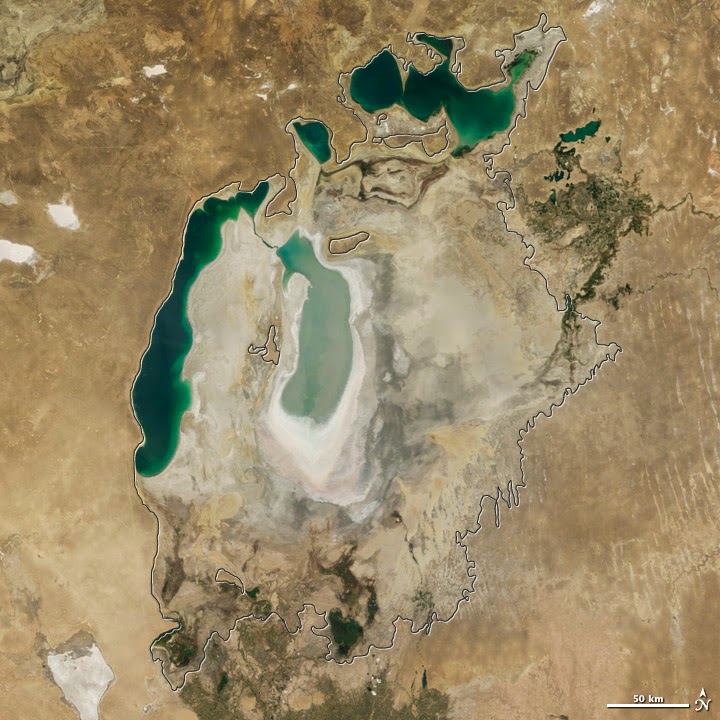 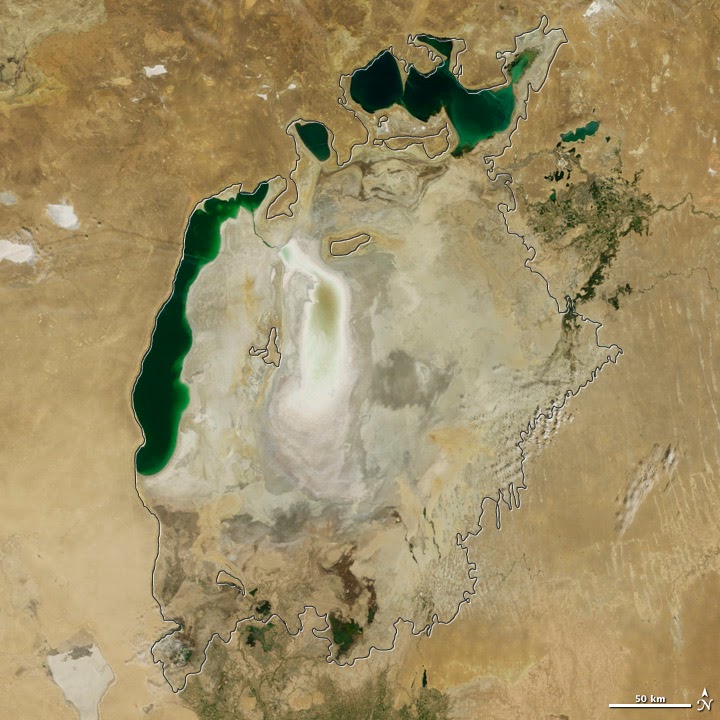 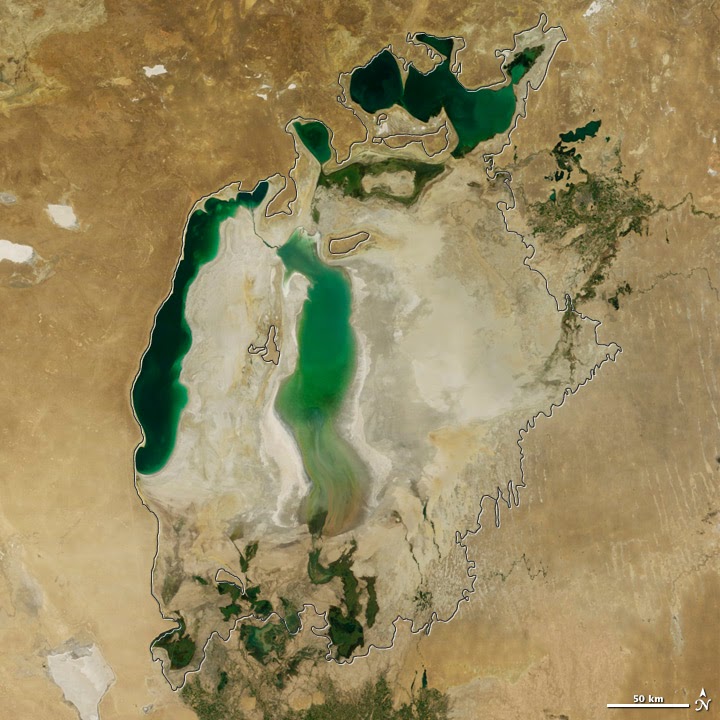 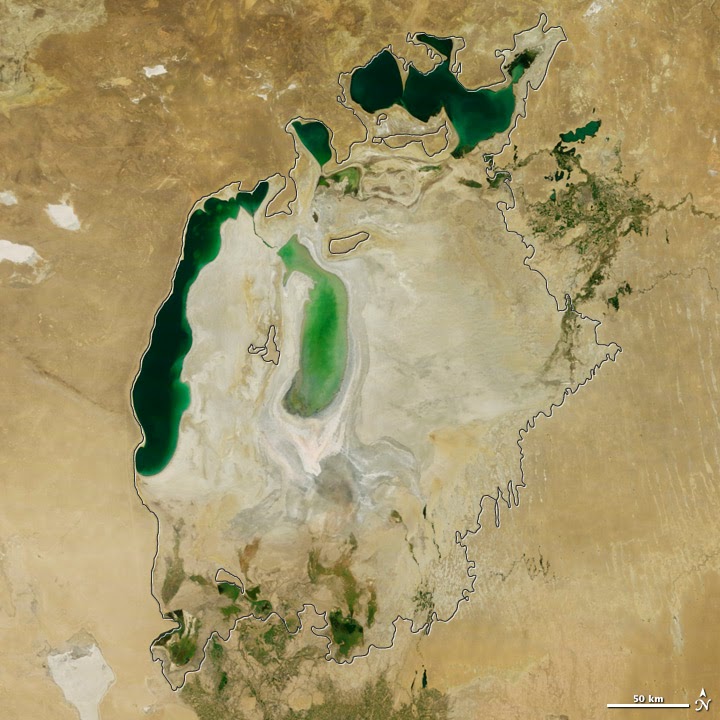 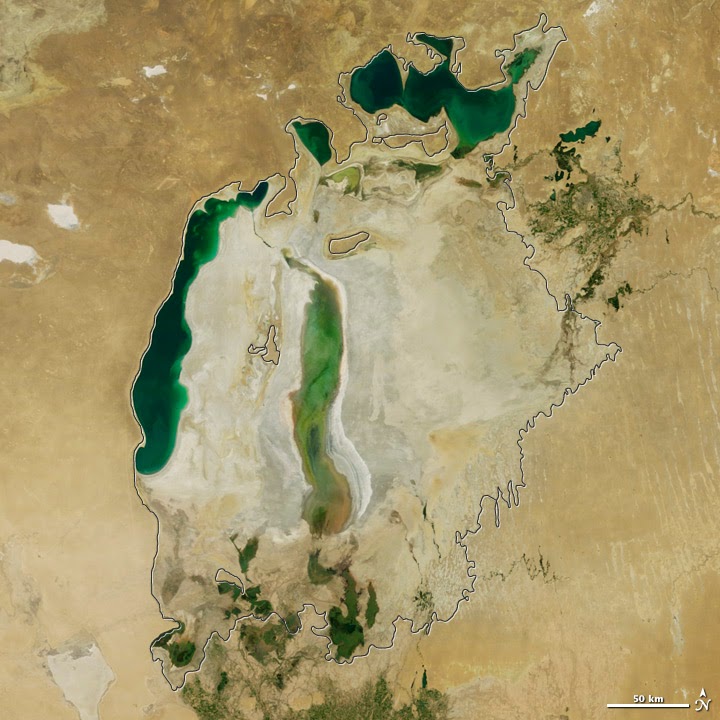 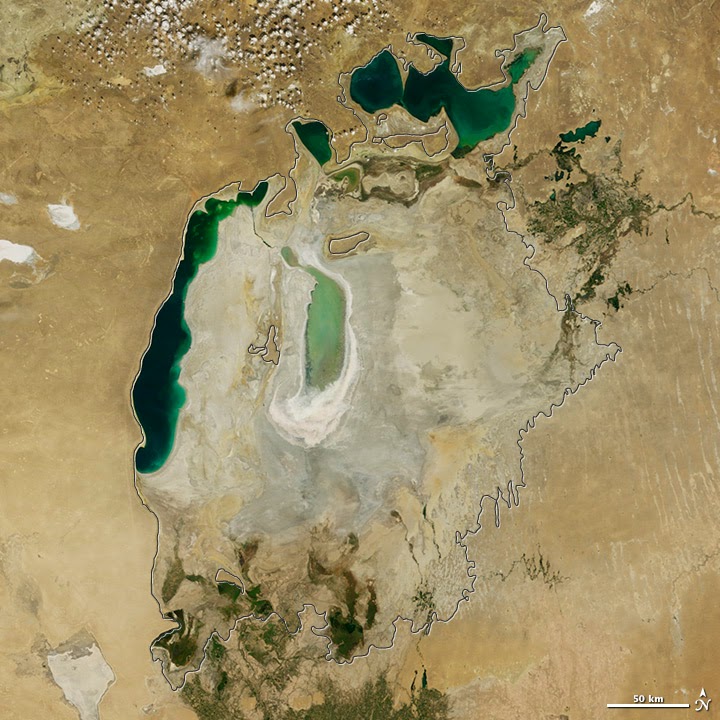 In an ongoing effort in Kazakhstan to save and replenish the North Aral Sea, a dam project was completed in 2005; in 2008, the water level in this lake had risen by 12 m (39 ft) compared to 2003. Salinity has dropped, and fish are again found in sufficient numbers for some fishing to be viable. The Aral Sea watershed encompasses Uzbekistan and parts of Tajikistan, Turkmenistan, Kyrgyzstan and Kazakhstan.

Hopefully the powers that manage the Great Lakes watershed are taking notice.