Here are some more shots of Memorial Falls in Munising. There are actually two waterfalls there, both in adjoining grottoes with a hole in the side wall between them that looks like an "eye." These frozen waterfalls are truly nature's art. 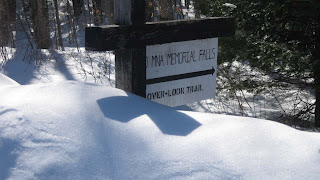 This is a shot of Dianna standing next to the first of two frozen waterfalls on the Michigan Nature Association's property. 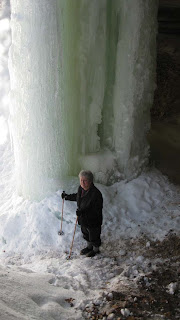 As you can see, the waterfalls fractured from its own weight. I wouldn't want to be standing anywhere near it when this giant piece of ice falls. 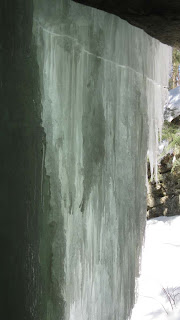 We nicknamed the second falls "Sometimes Falls" because it does not always have water going over the top ledge, especially during the late summer and early fall. Behind that falls water dripped between layers of sedimentary rock to form the amazing row of icicles. 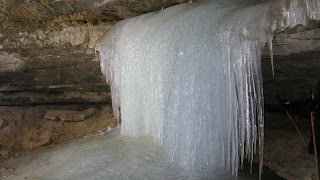 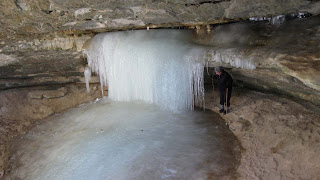 The ice was mostly clear in color, but some had a little yellow-green tint to it. 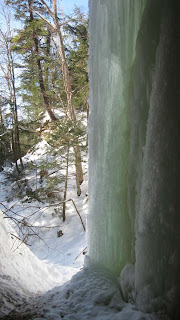 This is the "eye" in the rock that you have to crawl through to get to the second falls. 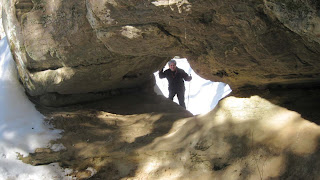 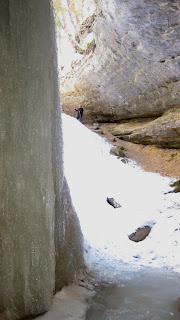 This is where the second falls "connects" with the top ledge. 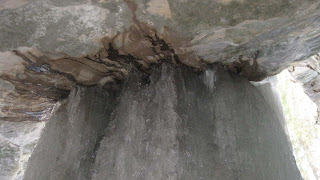 This is a shot taken from directly behind the second falls. 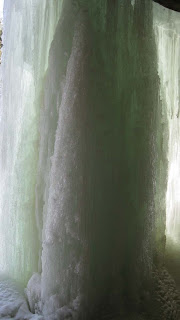