During the snowshoe trek the other day my friend, Jamey, pointed out a couple of otter holes dug in the snow bank on the side of Grand Marais Creek.  I realized that I really don't know that much about otters, so I decided to do a blog posting about them. 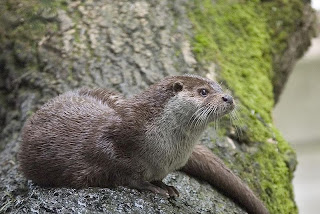 An otter is any of 13 living species of semi-aquatic (or in the case of the sea otter, aquatic) mammals that feed on fish and shellfish, and also other invertebrates, amphibians, birds and small mammals.
The otter subfamily Lutrinae forms part of the family Mustelidae, which also includes weasels, badgers, wolverines, and polecats.  Photos of these relatives are below: 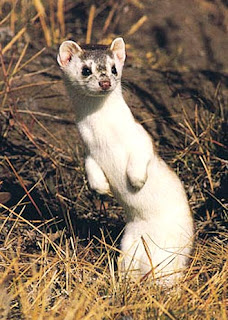 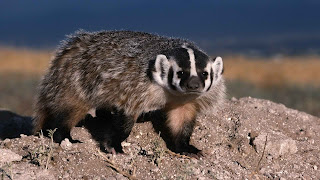 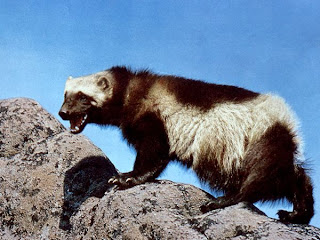 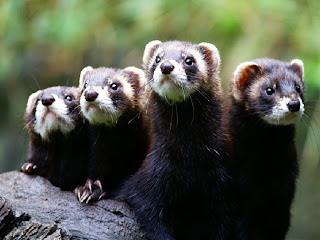 When we were looking at the otter access hole to its home on that river bank, we realized that we didn't know what an otter's home is called.  An otter's den is called a holt or couch. A male otter is a dog, a female is a bitch, and a baby is a whelp, kit, or pup.  A group of otters are called a bevy, family, lodge or romp, which is descriptive of their often playful nature.
Otters actually have a series of dens then use as they swim up and down the shoreline to feed and rest.  They den near lakes, ponds, and along rivers in the roots of trees, in rocks, and in burrows built by other semi-aquatic animals such as woodchuck, muskrat, and beaver. 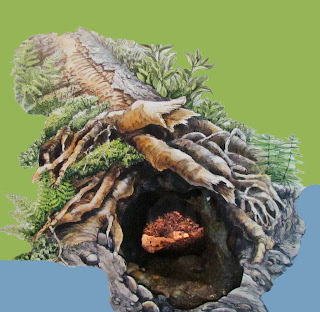 The time of gestation in otters is about 60 to 86 days. The newborn pup is taken care of by the mother, the father, and all the other offspring. Female otters reach sexual maturity at approximately two years of age, while males can produce offspring at approximately three years of age. After one month, the young otter can come out of the cave and, after two months, it is able to swim. It lives with its family for about one year, so it can learn and be kept safe until maturity. Otters live up to 16 years. 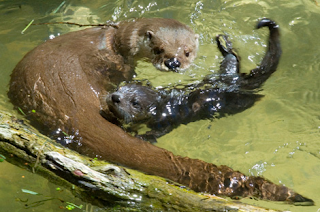 ﻿
Otters have long, slim bodies and relatively short limbs, with webbed paws. Most have sharp claws on their feet and long, muscular tails. The 13 species range in adult size from 0.6 to 1.8 metres (2 to 6 ft) in length and 1 to 45 kilograms (2.2 to 100 lb) in weight.  They have very soft, insulated underfur, which is protected by an outer layer of long guard hair. This traps a layer of air, and keeps them dry and warm under water. 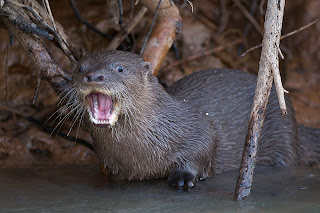 Many otters live in cold waters and have very high metabolic rates to help keep them warm. They must eat 15% of their body weight a day. In water as warm as 10 °C (50 °F), an otter needs to catch 100 grams (3.5 ounces) of fish per hour to survive. Most species hunt for three to five hours a day, and nursing mothers up to eight hours a day. 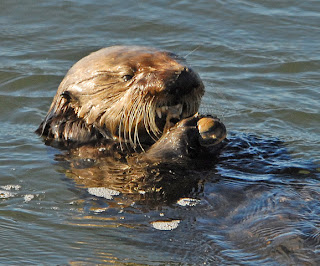 For most otters, fish is the staple of their diet. This is often supplemented by frogs, crayfish and crabs. Some otters are expert at opening shellfish, and others will feed on available small mammals or birds. Prey-dependence leaves otters very vulnerable to prey depletion. 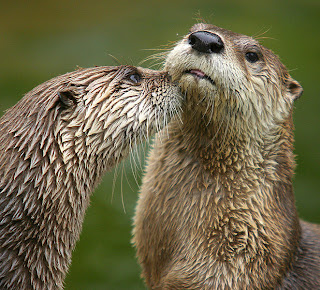 Otters are very active, chasing prey in the water or searching the beds of rivers and lakes. Most species live beside water, but river otters usually enter it only to hunt or travel, otherwise spending much of their time on land to avoid their fur becoming waterlogged.

Otters are playful animals and appear to engage in various behaviors for sheer enjoyment. Different species vary in their social structure, with some being largely solitary, while others live in groups – in a few species these groups may be fairly large. 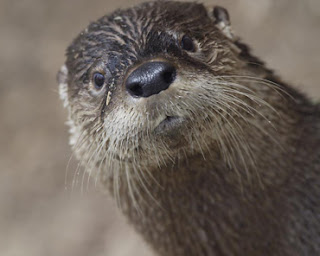 The range of the North American river otter has been significantly reduced by habitat loss, beginning with the European colonization of North America. In some regions, though, their population is controlled to allow the trapping and harvesting of otters for their pelts. River otters are very susceptible to environmental pollution, which is a likely factor in the continued decline of their numbers. A number of reintroduction projects have been initiated to help stabilize the reduction in the overall population.﻿ 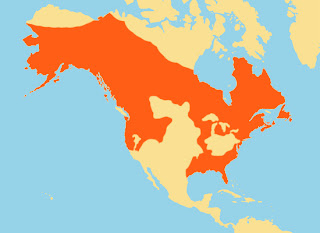