Yesterday it rained all day.  If the rain would have been snow, we would have had a blizzard since the wind was very intense.  Temperatures were at around 40 or a bit below that. 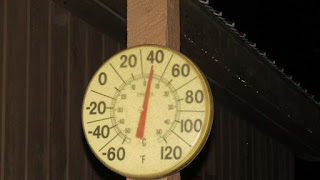 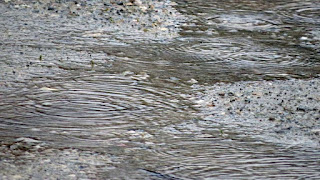 When I woke up this morning, temperatures were just below freezing and we have a light dusting of snow.  The snow will not last since we are going to see 40s again before it gets cold later this week. 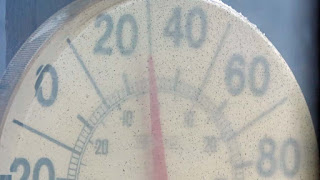 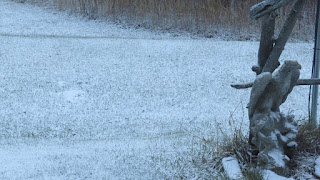 A guy came by my booth in Marquette at the show in the Superior Dome.  When he was a kid, he found the specimen pictured below.  Not knowing any better, he put the rock in his tumbler.  It came out polished, but significantly smaller in size.  Although he suggested that the specimen is thomsonite, it is most likely pink prehnite.  I have more information about these minerals on my September 18, 2013 posting at http://agatelady.blogspot.com/2013/09/difference-between-prehnite-and.html .  What do you think? 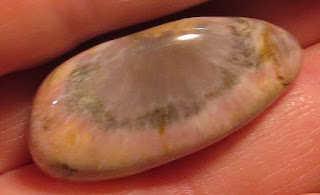 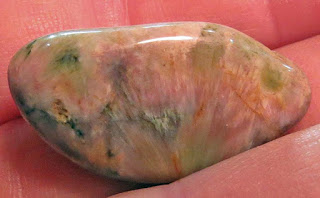 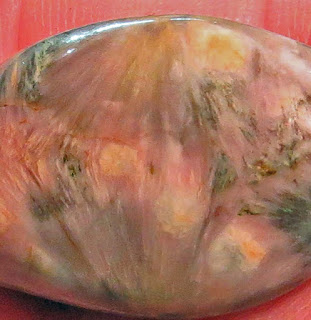