Most weeks I am getting out three days a week to get exercise and go on winter adventures with my friend, Barb. Today I will post photos from two of these adventures. I did not take many pictures, but did get a few.

The first series of photos were taken during a hike from the Sable Visitor's Center in the Pictured Rocks National Lakeshore toward Sable Falls. We veered off the falls trail and headed back along the cross country ski trail

Sable River around a half mile above Sable Falls. 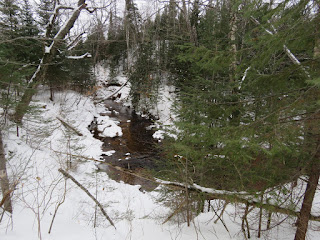 Along the trail there are several bridges. One of the bridges was taken out in a flash flood a couple of years ago. Rather than replace the bridge, park staff built stairs down to the creek and back up the other side. This was tricky to navigate in the winter since it was quite icy! 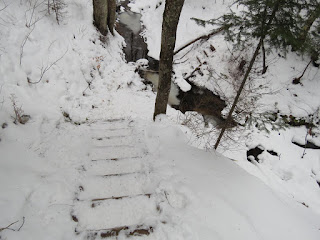 This photo shows the creek that feeds into Sable River. 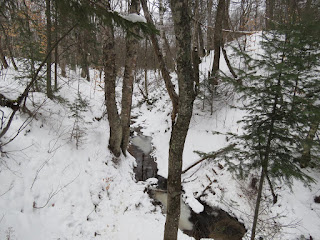 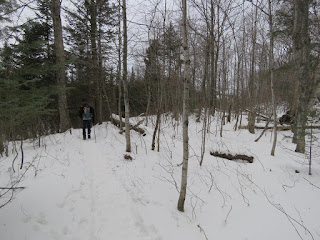 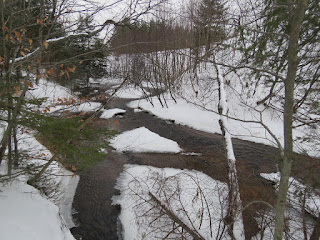 The next hike was east of town along the Sucker River. 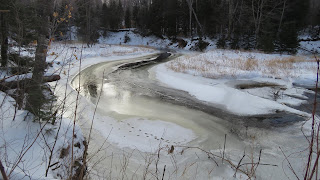 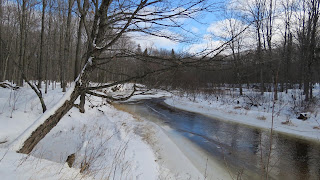 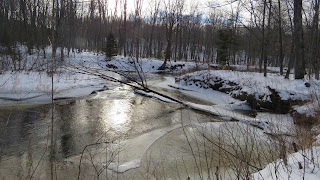 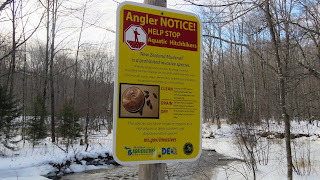 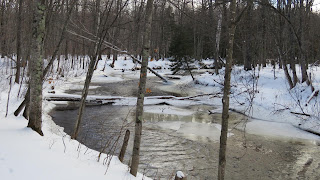