My friend, Kim, and I went on a 10 mile hike from the intersection of the Masse Homestead Trail and H58W (half way to the log slide from Sable Lake), past the log slide to Au Sable Point, and back. We also took a few other short hikes down the beach in places where we had access. It was in the 50s, sunny, a little breezy in spots, but beautiful. What a change from yesterday. In the photo of Au Sable Lighthouse, notice the work being done on the building. This is the second year of a massive overhaul to restore the Au Sable Lighthouse keeper's complex to the condition it was in 1910, when it was still an active station. 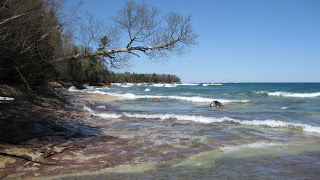 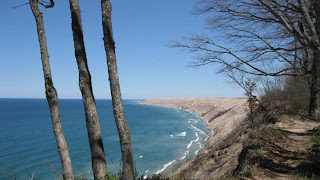 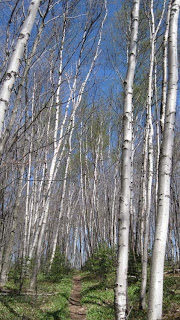 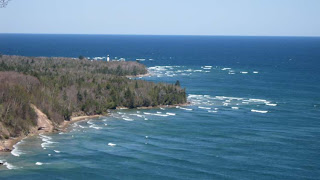 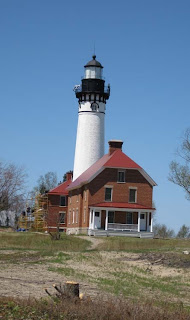 While we were at Au Sable Point, we talked with one of the park employees. He asked us if we had seen a large metal box during our hike. We had not, but we ran into him again after he checked it out. He told us where it was. It appears that somehow an upright freezer was brought into the very isolated part of the beach by icebergs. 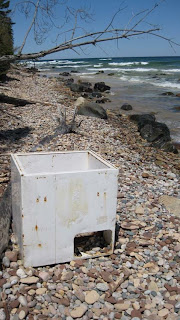 When we were walking back east on the trail, Kim noticed the actual site of the Masse homestead. We were surprised to find part of the original house. 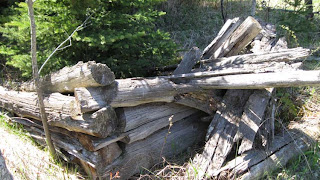 We also found a piece off an old shipwreck. 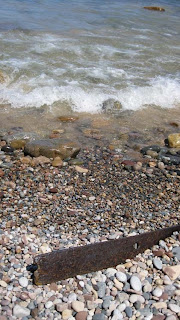 Below are pictures of Kim, as well as the beautiful boulders and waves in one of the sections of beach near the rustic campground on Au Sable Point. 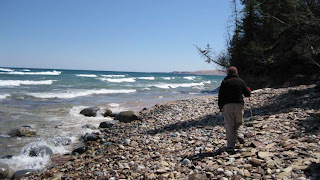