When I drove north, I stopped in Grand Rapids. My friend, Jill, caravaned with me and we headed to Grand Marais. After one quick evening at home, during which time I loaded up my car with product for the show, we headed for Aitkin, MN. We set up for the Cuyuna Gem and Mineral Club show, which took place this past weekend. I forgot to take pictures of some of the huge Lake Superior agates that were available for sale. However, I did purchase some incredible specimens. I am selling everything except for the Coyamito sagenite agate. It is too unusual for me to sell it. Pictured below are a few of the specimens including: Coyomito Pseudomorph Agate, Coyamito Pseudomorph Sagenite Agate, Crowley Ridge Arkansas Agate, and a Lake Superior tube agate. 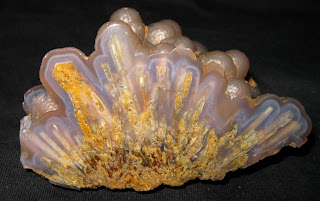 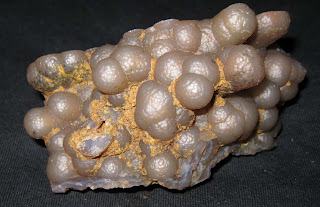 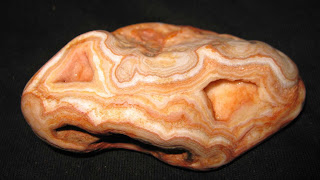 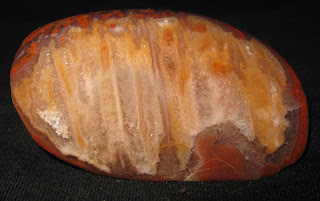 I also made contact at the show with another mineral photographer, Tom Shearer. I loaned him some of my wowser rocks and he came back the next day with a CD containing the images, as well as a couple of 13x19 prints. He has developed a technique for photographing rocks that is incredible. Pictured below are some of his shots of my agates including: Axel's shadow agate, another Lake Superior shadow agate, a hydrothermal agate, a Lake Superior candy striper, and a Grand Marais carnelian agate. If anyone is interested in having photos taken of their favorite agates or other minerals, please send me an email to karen@agatelady.com and I'll set something up with one of the photographers with whom I am working. 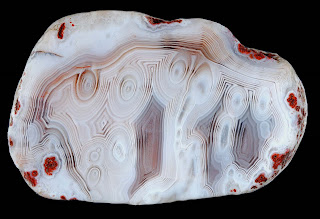 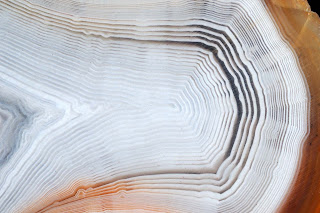 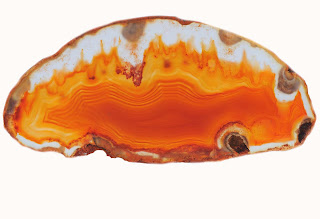 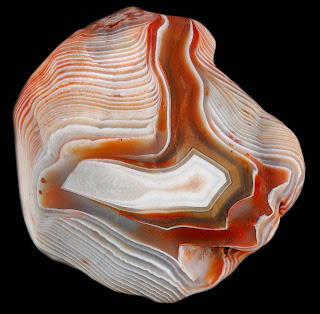 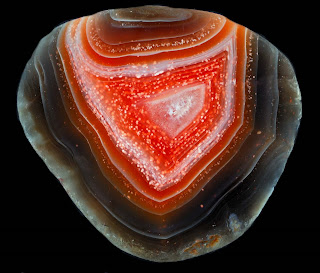 On Monday, Jill and I agate hunted in Carlton County. Before heading to our favorite gravel pit, we visited with the owner, Doug. He is one of the only gravel pit owners that allows agate picking, but may be forced to change his policy. Many people are abusing the privilege and leaving garbage in his pit. Some of the families are also allowing their kids to "sled" down the piles of sand. Others refuse to stay away from his equipment. I urge everyone to respect the privilege of agate hunting in Doug's gravel pit. Please leave your kids at home, stay away from the equipment and the cone-shaped gravel piles under the conveyer, and pick up your trash.

On our way to the gravel pit, my left rear tire shredded. Thanks to the urging of friends, I have a AAA card, which I used to get towed to a tire dealer. I didn't realize that the tires for the Suburban cost $200! But after an hour, we were on our way.

That night, I spoke at the Cuyuna Gem and Mineral Club meeting. They also allowed me to set up and sell product. It was a great evening. I really enjoyed talking agate genesis with other knowledgeable rock hounds.

The next morning, we met club members Kat and Ken to agate pick in a farm field owned by friends. I wasn't there 5 minutes when I found this 7.1 ounce agate. It has a rough husk so I'll probably face polish the end. Also pictured is an eye agate found by Kat thzt she calls her Owl agate. I urge everyone who wants to hunt the farm fields to seek permission from the land owner. There are only certain times in the planting and harvesting cycle that you can walk the fields without damaging the crops. Pictured below is what can happen to agate pickers who tresspass. 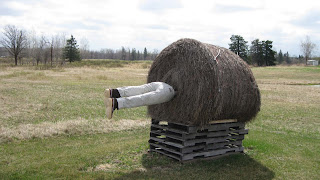 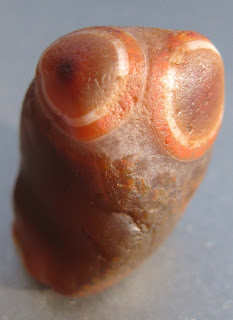 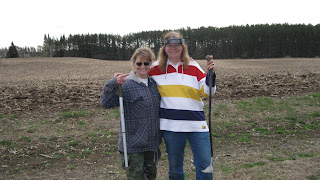 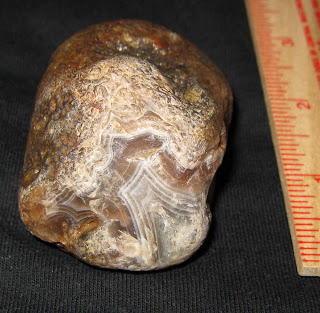 On the drive home yesterday, the new tire was punctured when I drove through a construction zone west of Marquette. Because the tire was severely damaged and not repairable, I was again towed to a tire dealer and again had to buy another tire. Oh well, at least I was able to control the car both times.