When the mines began opening in the 1840s, the companies were desperate to hire experienced workers. Since mining had not taken place yet in this country, they went overseas to recruit workers. The Quincy Mine was the first to recruit miners from Finland. 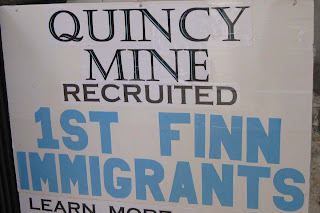 The Quincy Mine operated for decades with almost no automation. It took an hour or more for miners to climb down ladders by the light of the candles in their pit helmets. The company didn't even supply the candles: the miners had to buy them from the company. Then by candle light, one miner held a hand-steel drill up to three feet in length while one or two other men used sledge hammers to manually drill holes in the hard basalt rock. Once a series of holes were drilled, they inserted sticks of dynamite and took cover. The ore containing around two percent copper was then loaded by hand into cars by the trammers and pushed to the shaft. Mining during the 1800s was truly backbreaking work. 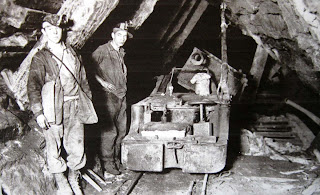 The Quincy Mine never used mules, but other mines in the area did until around 1920. 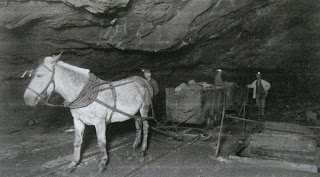 In the early decades, the men only were paid for the ore they brought out: they were not paid by the hour. Thus, if you were a slacker you didn't make it because your fellow workers would not put up with your lack of productivity. 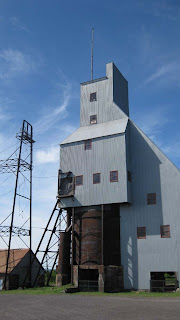 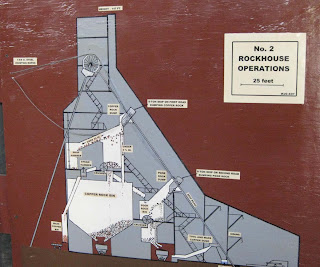 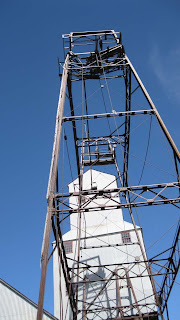 Tomorrow's blog update will present information about the steam hoist that was the best in the country. The hoist was used to move men and ore up and down and to and from the mine. Here is a model showing how the rope cables were connected by towers between the steam hoist building and the shaft. 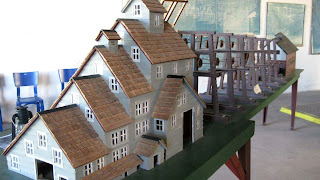 This photo was taken inside the Mine Shaft #2 building. It shows Jericho standing in front of two transportation vehicles that were moved by the steam hoist. The stairway contraption on the right was used to transport the men into and out of the mine. 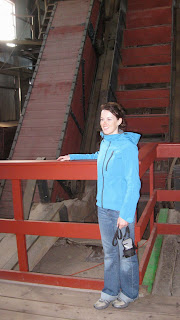