What a difference a day makes: from spring back to winter

Yesterday I only worked a half a day on the book. I finished incorporating all the comments and suggestions from the reviewer manuscripts that have been returned thus far. I am still waiting on four to be sent back. This is not at all an issue since there is no timeline. What is most important is that the final draft be as good as it can be. It will not be perfect. Some people will wish other rocks were included. But it is the best book I can produce on rock identification — I gave and am still giving it my all. Thanks to everyone who has helped in the process. Thanks to others who have given their support and encouragement.

The past 24 hours has been interesting. Yesterday was the first day I spotted robins in my yard. There were at least a half dozen, as well as many other birds. There is still considerable snow in the woods and on the flat in most places. However, during the winter the predominant northerly winds blow a lot of the snow out of my front yard. Thus, the shallower depth of the snow in my front yard causes it to melt away faster than in most other areas. The birds take advantage and access the bare ground to feed each spring. 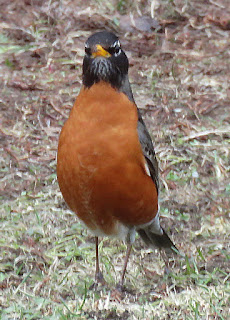 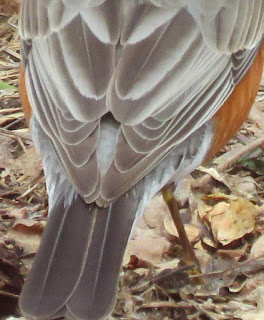 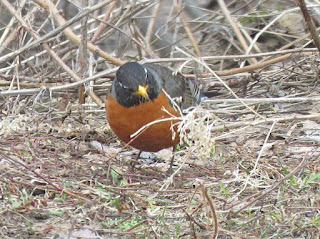 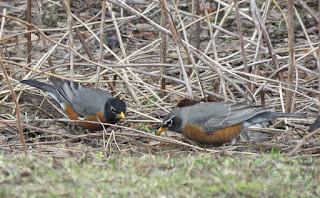 Here are some views out my window this morning. Over night we received 4-5 inches of wet heavy snow. 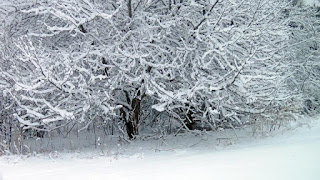 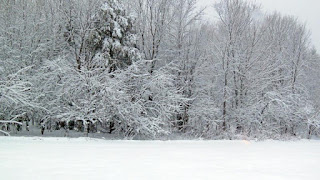