Yesterday I drove to Marquette and traded in my Suburban for a newer Suburban.  Although part of me wishes I could get a smaller car that gets better gas mileage, I still need a big car to do the two shows I'll still be doing (Cuyuna show in Brainerd, MN in May and the Central Mich rock club show in Mason, MI in Oct), as well as buying product at the Tucson show.  I like some of the features of the 2011 Suburban, but my 2003 Suburban had other features that I liked better -- but the new car will work!

While in Marquette, I grabbed something to eat and went over to Presque Isle Park to eat.  Two freighters pulled into the ore dock while I was there.  One was unloading coal while the other was getting ready to load iron ore pellets.  I had to leave so I couldn't stay around to watch the loading. 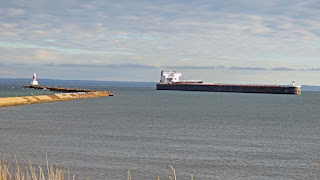 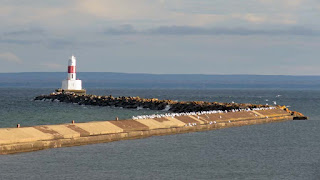 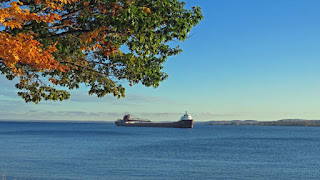 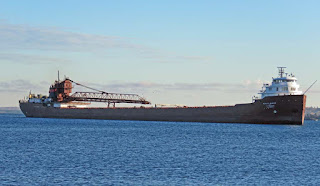 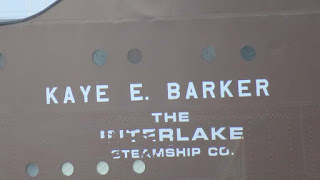 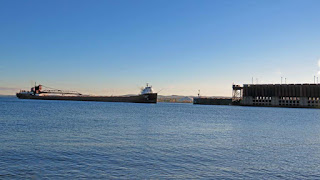 I stopped by the Agate Cross Bed and Breakfast a couple of mornings ago to ID a rock.  Here is a photo I took of some of their flowers. 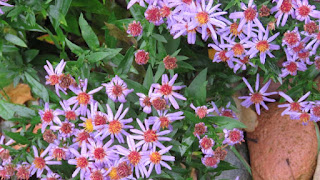