On October 15, 1997, the Cassini–Huygens spacecraft was launched on an almost 7-year journey to the Saturn system. On its way, Cassini passed Venus (twice), Earth, and Jupiter — arriving at the Saturn system in 2004.The following images of Saturn were taken by this incredible spacecraft.  The images are from the NASA webpage https://saturn.jpl.nasa.gov/galleries/images/.

On Tuesday of this week, Cassini began what can be called a whole new mission. A gravity assist on that day from the targeted flyby of Titan flung the spacecraft into a daring set of 20 highly-inclined orbits of Saturn. On each of these "ring-grazing" orbits, the spacecraft will come near the outer edge of the main ring system, closer to the gas giant than ever before (except for the day of arrival in 2004).  The direct-sensing, in-situ instruments will be sampling particles and gasses in the ring plane, and the telescopic instruments will be making observations from many new perspectives. This annotated image of Saturn's rings makes it clear where Cassini will pass just outside of the F ring, but well inside the G ring.  An illustration of Cassini's path up to mid-day Nov. 29, 2016. At that time, the countdown clock in Mission Control was showing 289 days until the end of the mission.  At that time Cassini will be intentionally crashed into the surface of Saturn. 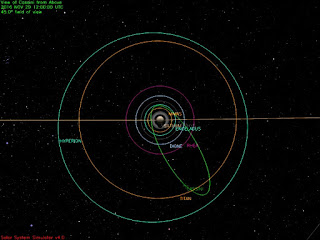 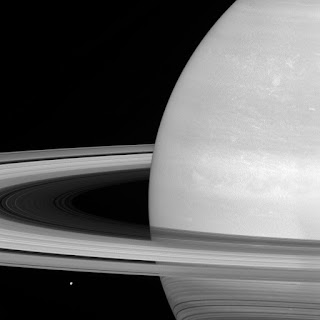 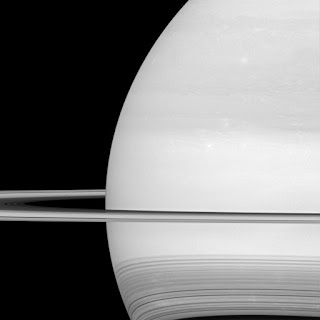 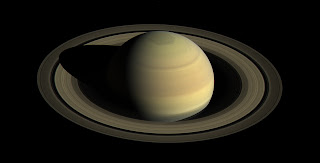 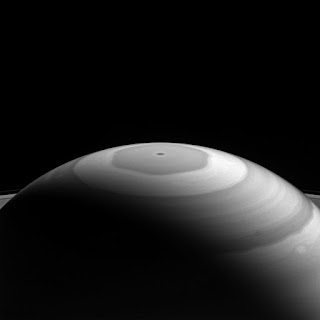 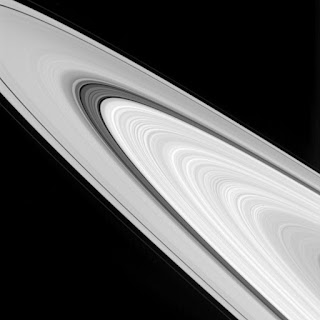