Last night after UofM won their round two game in the NCAA men's basketball tournament, I was energized.  Plus, I needed exercise so I headed down to the beach.  I parked at the end of Coast Guard Point and hiked west.  t was an absolutely beautiful evening with temperatures in the 40s and just a slight wind.

The channel was mostly ice covered, except for the north end. 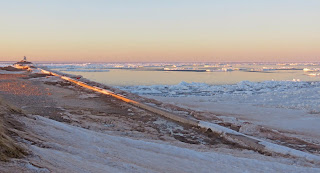 I could not believe it.  Three people walked out the ice on the breakwall all the way to the lighthouse.  Dangerous. 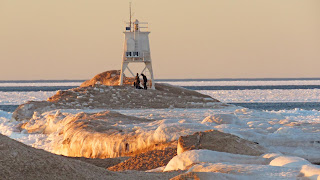 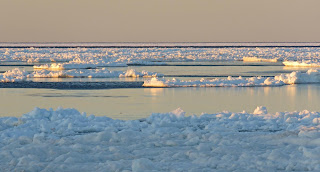 More snow and ice melted on the beach than I expected.  There are a lot of rocks! 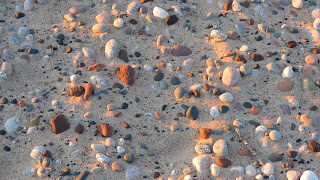 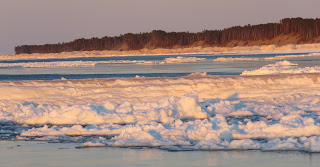 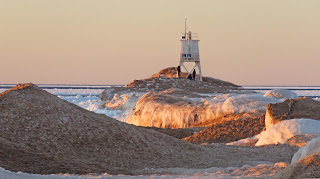 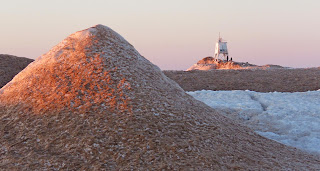 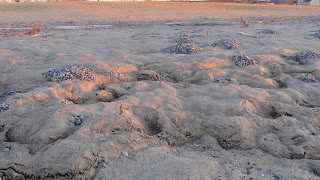 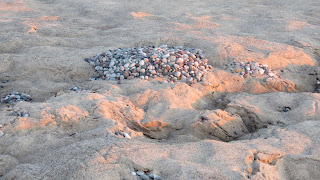 Sunset over the shelf ice mounds.... 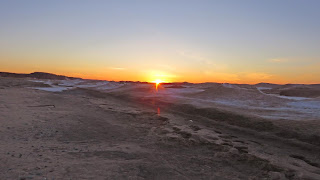 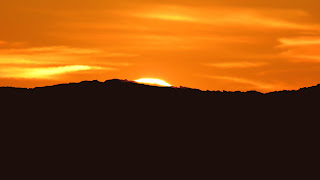 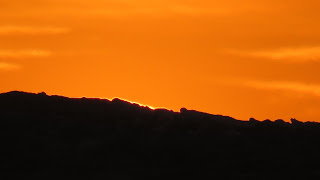 Walking back to my car I realized you could barely see the top of the outer harbor lighthouse due to the height of the shelf ice mounds. 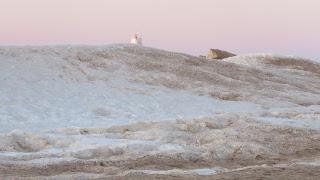 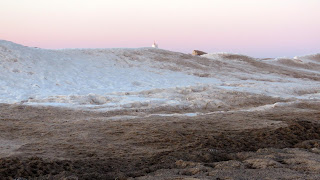 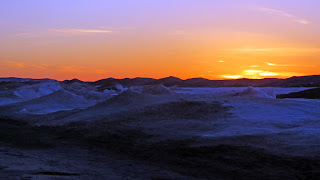 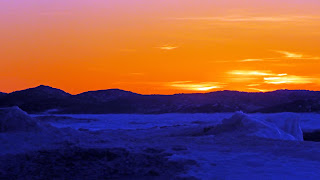 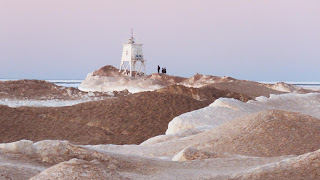