Hike in the Central Section of Grand Sable Dunes

Yesterday it was chilly with temperatures in the low 30s, but the sun came out in the afternoon. It was a beautiful day for a hike. I parked at the pull-out half way to the log slide, and hiked down the trail around ten minutes before walking up one of the old logging roads into the dunes.

There was a dusting of snow in some areas. 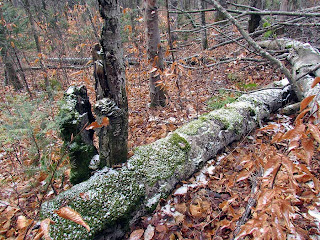 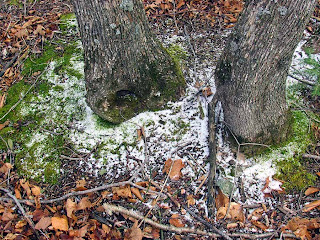 In the center area of the dunes, there is more vegetation than there is exposed sand.  There are also many valleys between tall dunal ridges. 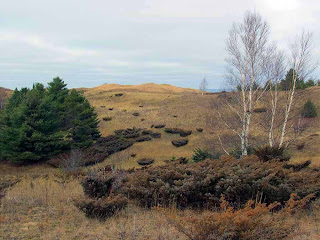 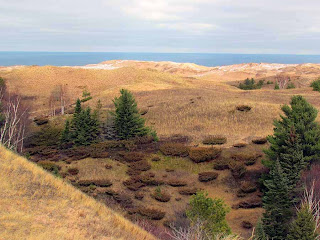 These "ghost forest" stumps were quite large. 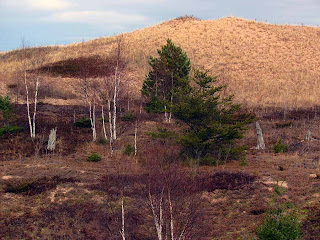 A close up photo of the red leafed viney vegetation. 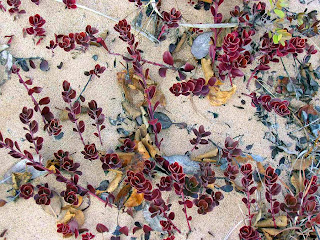 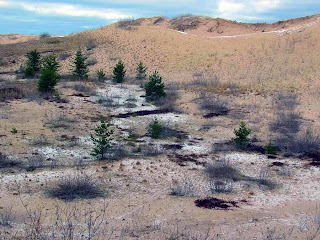 And a telegraph pole that is still standing. 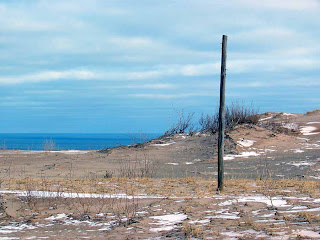 Since the wind was from the south, Lake Superior was calm yesterday. 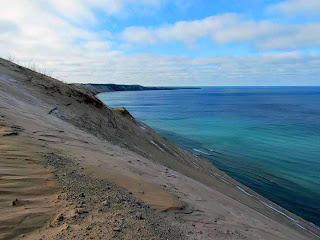 But there were waves on Sable Lake. 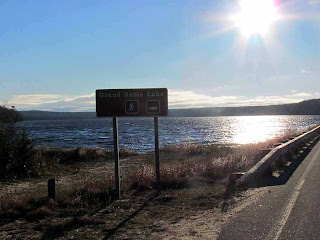