For the past two days I have been at the agate show in Deer Park, MI, located 20 miles east of Grand Marais.  There is no internet signal at the state park, so I was not able to do a blog update over the weekend.

I must admit that it is nice to go to a show that does not require a long drive.  This is the fifth year for this growing show.  This year the weather was perfect with sunny skies and temperatures in the 70s.  Thanks to Bob for babysitting the museum while I was at the event.

I was asked to be a speaker both days.  On Saturday I presented the talk that I gave at the international agate show in July:  The Story of Silica -- Cosmic Source through Agate Genesis.  For Sunday I designed a new talk entitled: How to Think Like an Agate.  Thanks to everyone for the positive feedback.

As usual at this show, I examined a lot of rocks for people.  However, unlike the other years there were not any large high quality Lake Superior agates.  I was busy enough that I didn't take any pictures of the smaller agates I did see -- some of which were nice.  The lack of large agates is indicative of the fact that there has not been ice movement on Lake Superior for several winters to bring new rock to our beach.

I forgot to take a picture of my booth, but here is a shot of Gerald working his booth next to mine. Thanks to Jill for watching my booth while I was giving my talks. 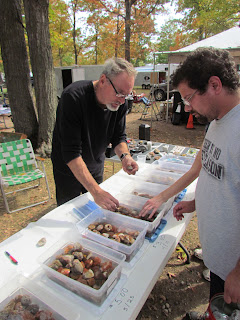 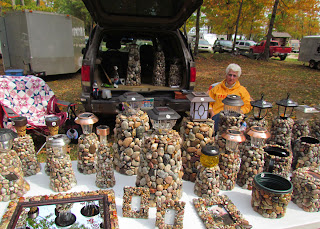 As has been true in past years, Terry, Jim, Bobbi and Dean (not pictured) cut and polished rocks for donations. 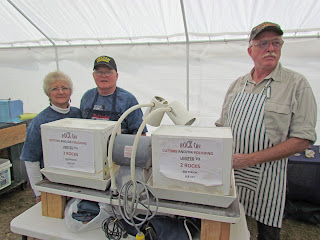 Jeff Anderson and his dad won best of show. 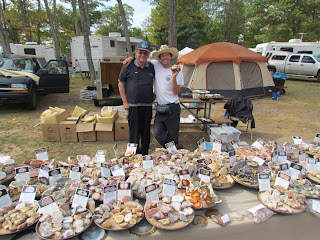 Here is a terrific Lake Superior agate owned by Jeff.  It is from an old collection. 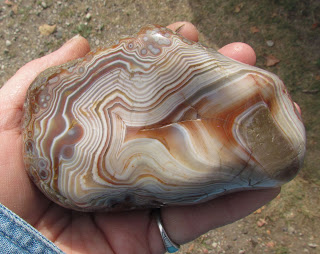 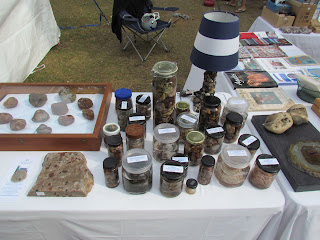 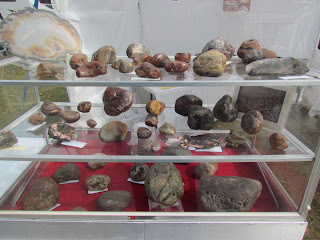 Notice the red arrow.  This is an agate I sold many years ago.  As soon as I saw it, I remembered it because it is one of the agates in the group photo on the cover of my first agate book. Several of the booths had jewelry. 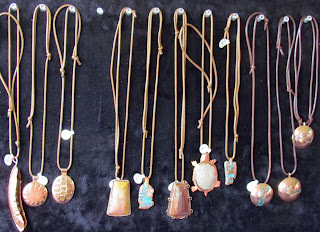 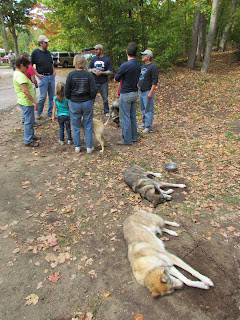