Water on the Moon

I was watching TV the other night and caught the end of a show about the LCROSS lunar mission from a few years ago.  I vaguely remember it and decided to find out more. 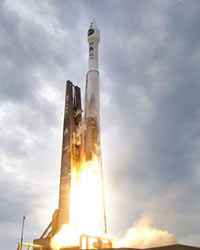 LCROSS launched from Cape Canaveral, Fla., on June 18, 2009,  The LCROSS mission was designed to search for water on the moon by sending a rocket crashing into the moon, causing a big impact, and creating a crater throwing tons of debris and potentially water ice and vapor above the lunar surface. The goal was to analyze the materials in the impact plume  for the presence of hydrated minerals to tell researchers if water is there or not. 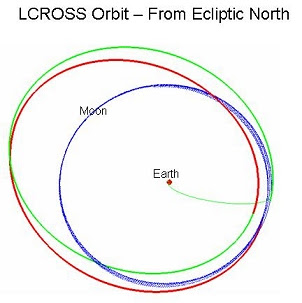 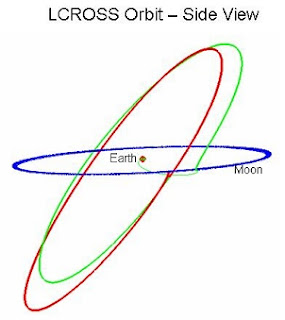 The site selection for future robotic and human landings on the Moon may be dependent upon identifying the availability of water and other lunar resources. Earlier observations suggest that water ice may be  found in shadowed craters near the lunar poles. 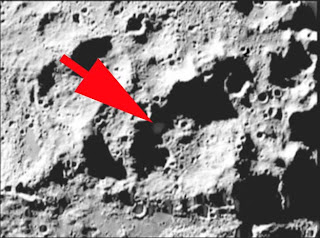 Scientists expected that the water ice in the ejected dust cloud would sublime (convert from a solid to a gaseous state) under the influence of solar irradiation. The rate of this sublimation would depend primarily on the water to ice ratio and particle size,  The surface brightness of the cloud would increase as the ejecta expaned; in 40 seconds, and would be visible from Earth-based telescopes. Subsequently, the water molecules would be dissociated by solar UV radiation.

The crater Cabeus waas chosen as the target for the LCROSS impact. The crater has a diameter of 98 km and is located approximately 100 km from the lunar South Pole. The choice of Cabeus was based on continued evaluation of all available data and consultation/input from members of the LCROSS Science Team and the scientific community.

Nearly a year after announcing the discovery of water molecules on the moon, scientists Thursday revealed new data uncovered by the LCROSS mission. The mission found evidence that the lunar soil within shadowy craters is rich in useful materials, and the moon is chemically active and has a water cycle. Scientists also confirmed the water was in the form of mostly pure ice crystals in some places. The results are featured in six papers published in the Oct. 22 issue of Science.

NASA has convincingly confirmed the presence of water ice and characterized its patchy distribution in permanently shadowed regions of the moon. This major undertaking is the one of many steps NASA has taken to better understand our solar system,its resources, and its origin, evolution, and future. The twin impacts of LCROSS and a companion rocket stage in the moon's Cabeus crater on Oct. 9, 2009, lifted a plume of material that might not have seen direct sunlight for billions of years. As the plume traveled nearly 10 miles above the rim of Cabeus, instruments aboard LCROSS and LRO made observations of the crater and debris and vapor clouds. After the impacts, grains of mostly pure water ice were lofted into the sunlight in the vacuum of space. Seeing mostly pure water ice grains in the plume means water ice was somehow delivered to the moon in the past, or chemical processes have been causing ice to accumulate in large quantities. Also, the diversity and abundance of certain materials called volatiles in the plume, suggest a variety of sources, like comets and asteroids,and an active water cycle within the lunar shadows. The instruments also discovered relatively large amounts of light metals such as sodium,mercury and possibly even silver. This knowledge can open doors to new areas of research and exploration

By understanding the processes and environments that determine where water ice will be, how water was delivered to the moon and its active water cycle, future mission planners might be better able to determine which locations will have easily-accessible water. The existence of mostly pure water ice could mean future human explorers won't have to retrieve the water out of the soil in order to use it for valuable life support resources. In addition, an abundant presence of hydrogen gas, ammonia and methane could be exploited to produce fuel.
Posted by Karen Brzys at 9:52 AM