The Atlantic Ocean and its Trenches

Yesterday it was cold and rainy all day in Grand Marais.  In fact while the museum was open there were several absolute down pours.  I feel bad for the few tourists that remain, but the drought stricken ecosystem was happy. 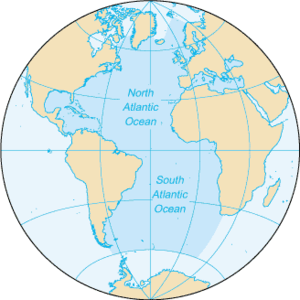 So for today's blog posting I decided to include information about the trenches in the Atlantic Ocean.  The Atlantic Ocean is the second-largest of the world's oceans divisions. With a total area of about 106,400,000 square kilometres (41,100,000 sq mi), it covers approximately 20 percent of the Earth's surface. The first part of its name refers to Atlas of Greek mythology, making the Atlantic the "Sea of Atlas." 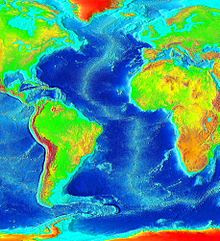 The principal feature of the Atlantic Ocean's bottom topography is a submarine mountain range called the Mid-Atlantic Ridge. It extends from Iceland in the north to approximately 58° South latitude, reaching a maximum width of about 990 miles (1,590 km). A great rift valley also extends along the ridge over most of its length. The depth of water at the apex of the ridge is less than 8,900 ft (2,700 m) in most places, while the bottom of the ridge is three times as deep averaging between 12,000 and 18,000 feet (3,700 - 5,500 m). Several peaks rise above the water and form islands. A ridge under the Atlantic Ocean was first inferred by Matthew Fontaine Maury in 1850. The ridge was discovered during the expedition of HMS Challenger in 1872. A team of scientists on board, led by Charles Wyville Thomson, discovered a large rise in the middle of the Atlantic while investigating the future location for a transatlantic telegraph cable. The Atlantic Ocean formed due to sea floor spreading and plate tectonic motion which split the previous supercontinent Pangea around 180 million years ago.  Pangea is shown below as is the topography of the Mid-Atlantic ridge. 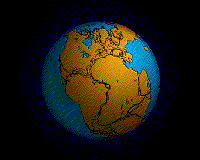 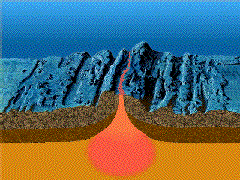 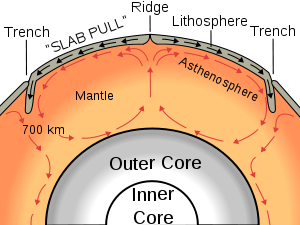 The Atlantic Ocean was the first ocean to be crossed by both boat and plane. In the year 1000, the Icelander Leif Ericson was the first European to set foot on North American soil, corresponding to today's Eastern coast of Canada. In 1492, Christopher Columbus (shown below) landed on the island of San Salvador in The Bahamas. •The first successful telegraph cable was laid under Atlantic Ocean in 1866. In 1921, the British were the first to cross the North Atlantic in an airship. In 1927, Charles Lindbergh made the first solo non-stop transatlantic flight in an aircraft (between New York City and Paris). In 1932, Amelia Earhart became the first female to make a solo flight across the Atlantic. 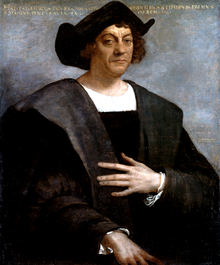 A few photos of life forms found along the Mid-Atlantic ridge are below. 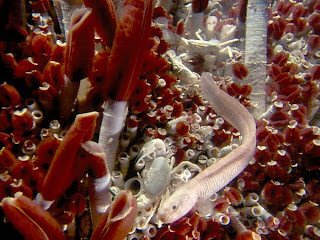 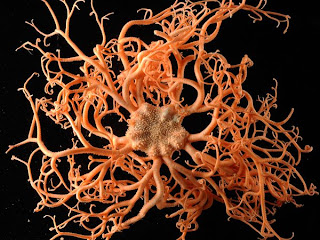 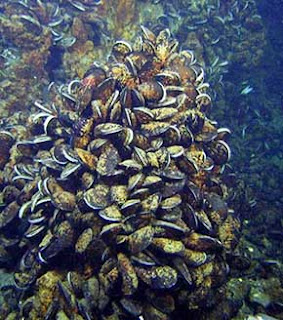 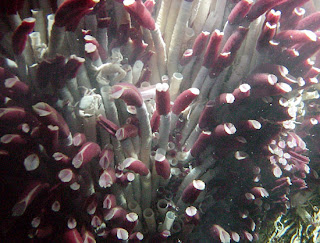 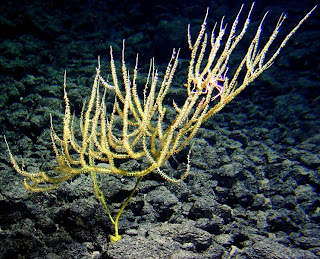 Hurricane Ivan, which struck U.S. shores September 15, 2004, kicked up the tallest, most extreme waves ever measured. While the scientist's equipment was still working, they measured a wave at more than 90 feet (27 meters) tall from crest to trough and 600 feet (183 meters) long. It is possible, however, that waves as high as 130 feet tall may have formed during the hurricane. 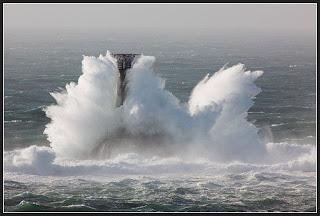