A few days ago my son and daughter-in-law issued me the ice bucket challenge to advocate for curing ALS (Lou Gehrig's disease).  Their compliance with the challenge was quite innovative.  Rather than pour ice water over their heads, they poured the money they donated.  I decided that instead of pouring ice water, that I would pour the ice in the channel and jump into Lake Superior.  The temperature of the water in the channel is in the 40s.  Jamey and Lois happened to stop by the museum when I told Jamey that I was going to issue the challenge to him.  So rather than wait 24 hours, he decided to jump with me.  When I mentioned to my friends, Claudia and Sally, they said they wanted to watch us jump off the breakwall.  Thanks to Sally for taking some of the photos, and for Lois who worked my camera. 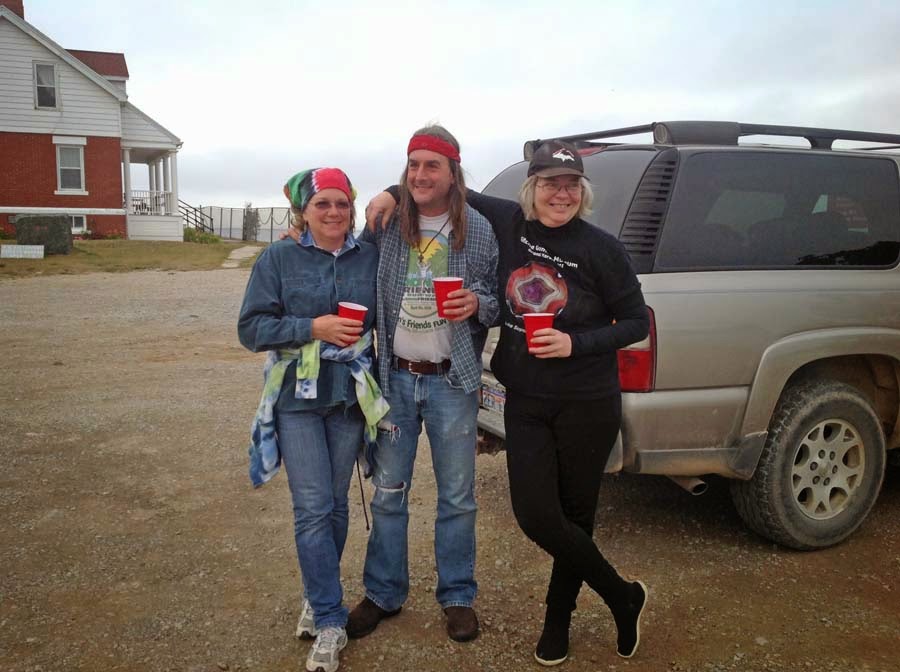 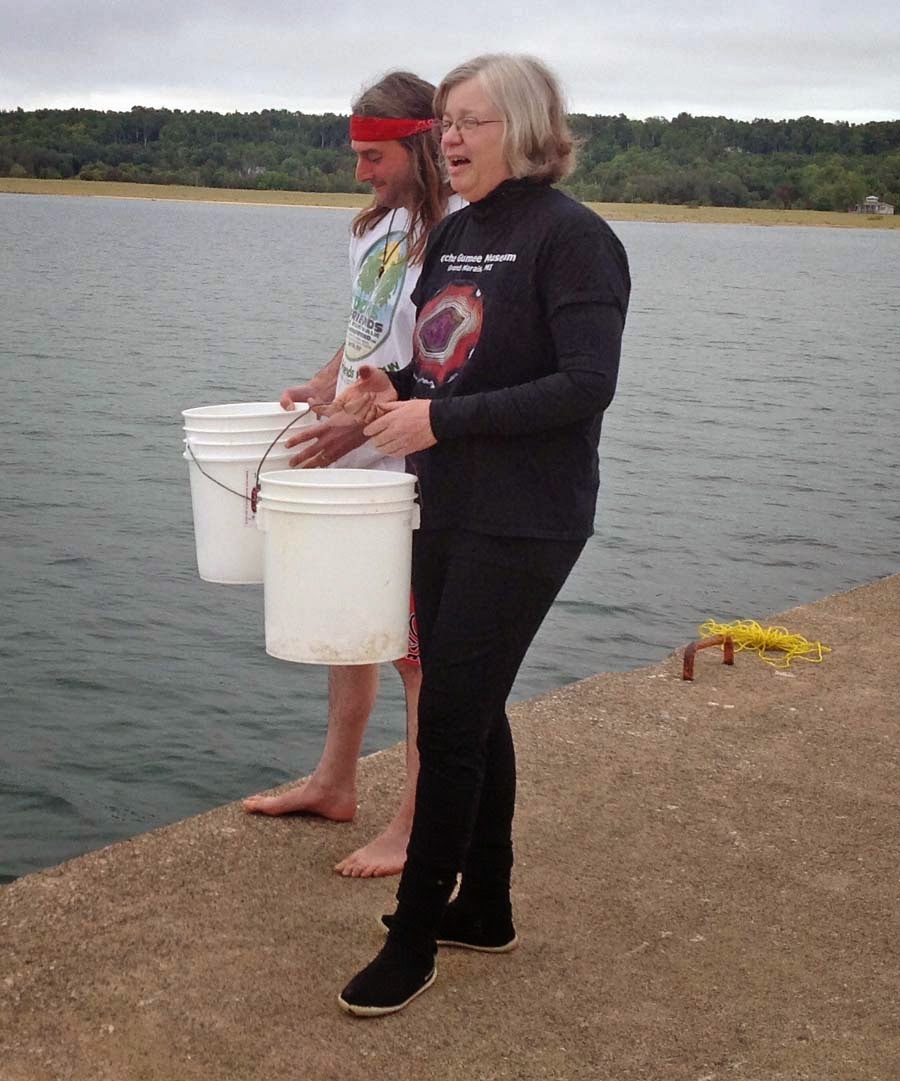 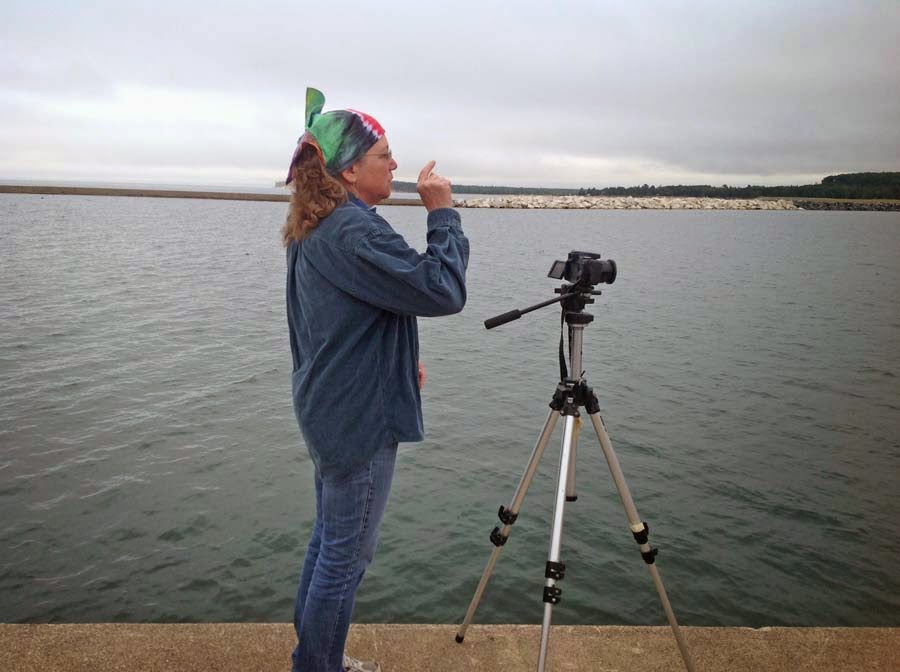 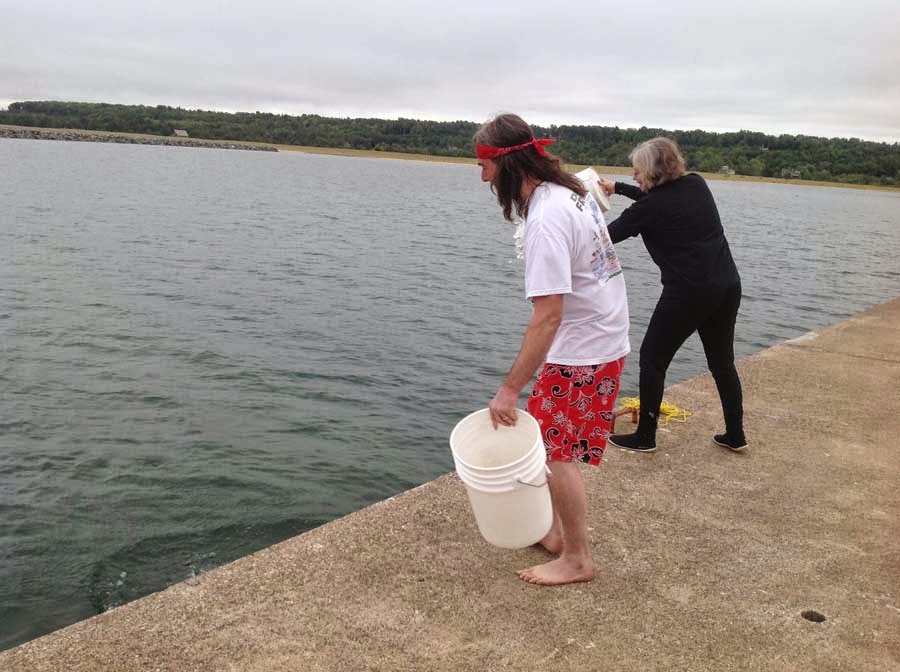 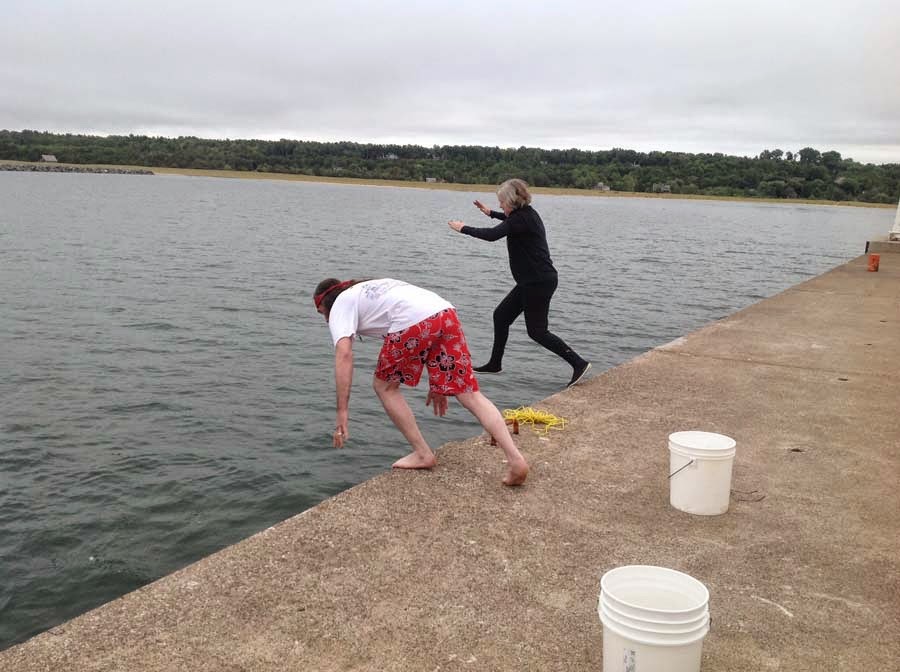 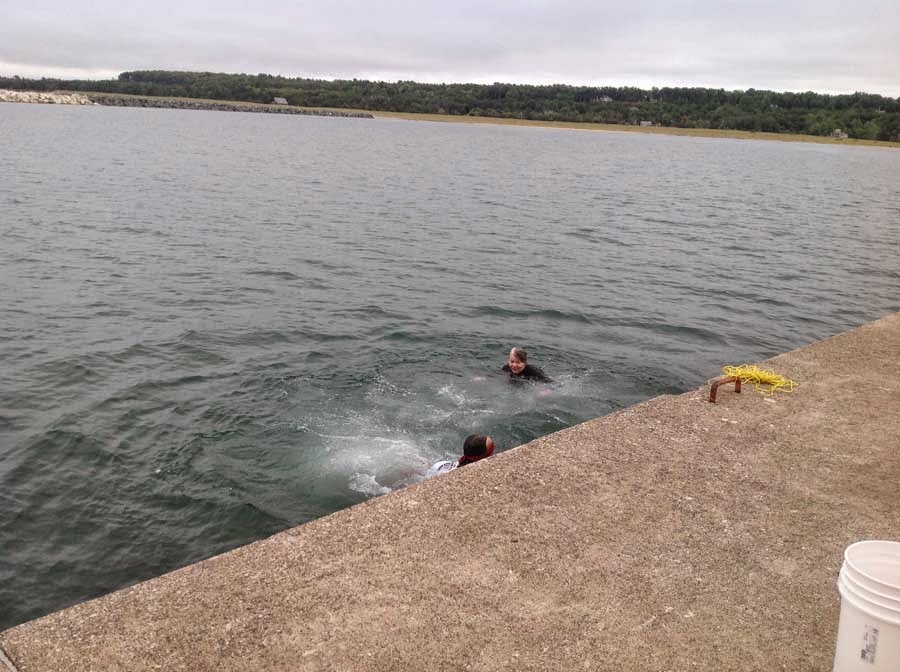 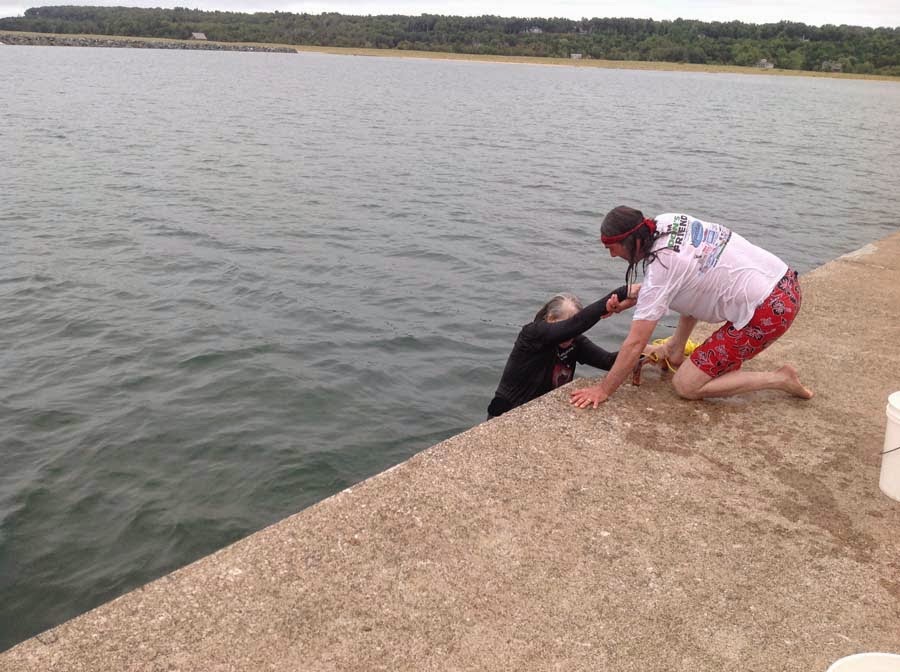 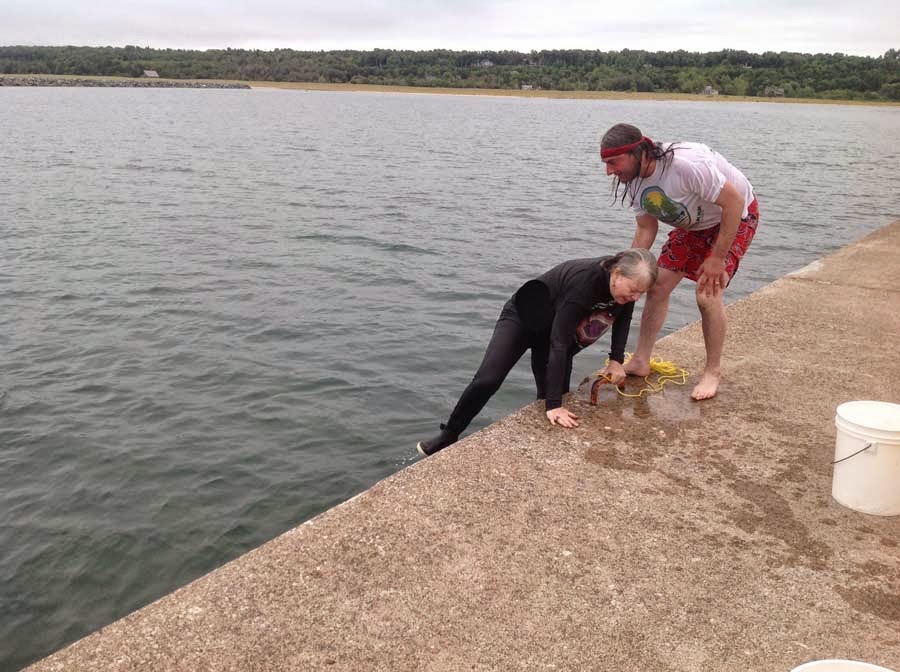 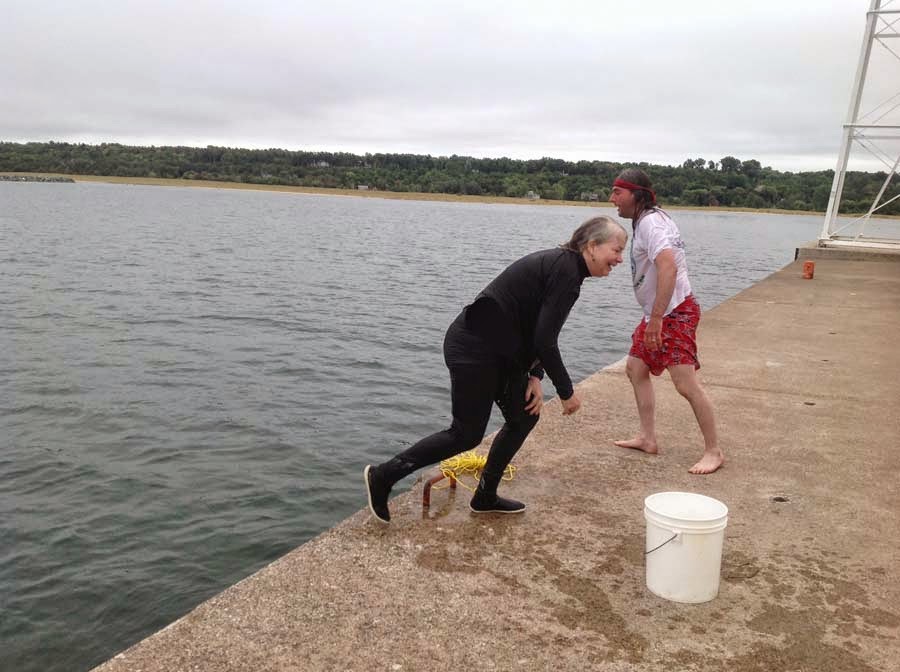 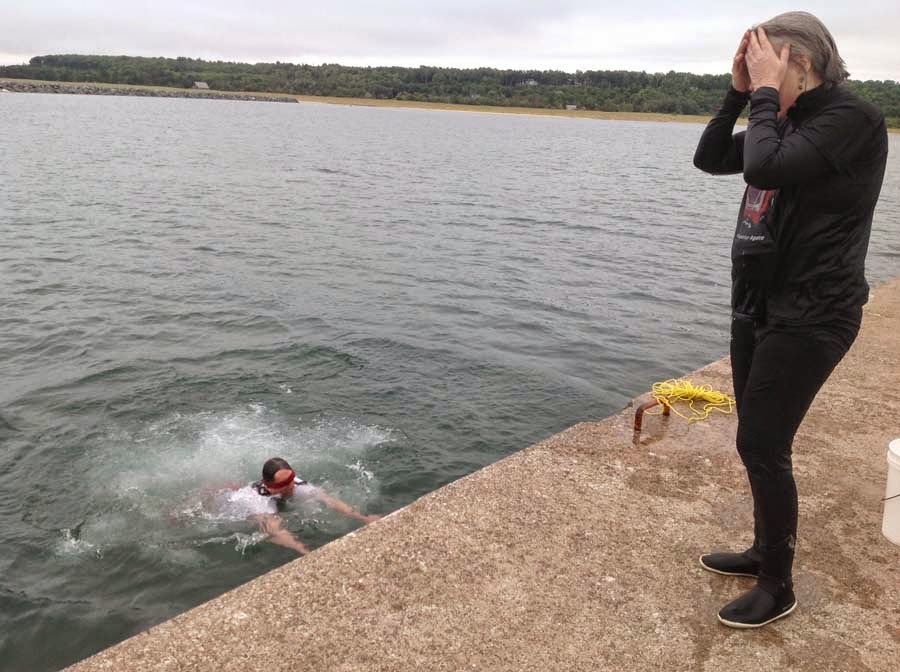 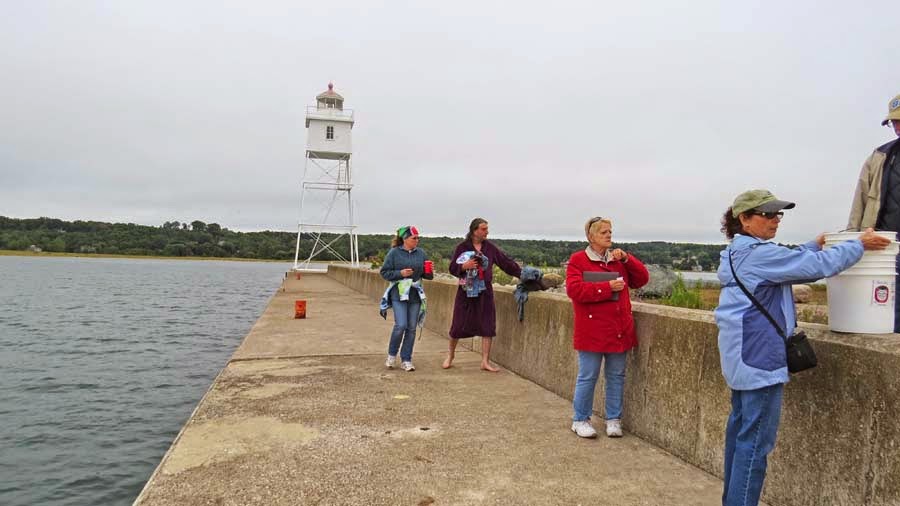