New Data about the melting of our planet's ice sheets

This week researchers from the Alfred Wegener Institute, Helmholtz Centre for Polar and Marine Research (AWI), have for the first time extensively mapped Greenland’s and Antarctica’s ice sheets with the help of the European Space Agency's satellite.  This dedicated group has been able to prove that the ice crusts of both regions have declined at an unprecedented rate.  The comprehensiveness of this research shows beyond a shadow of a doubt that the impact of global climate change is a reality.

Below are a few photos taken by the research team of the ice sheets. 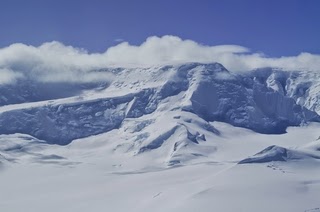 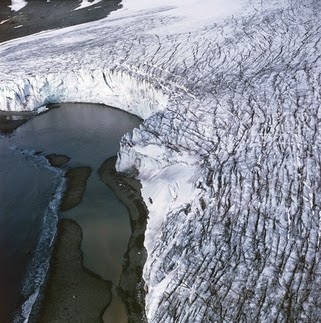 The team showed the decline in the ice sheets by measuring the elevation of the ice.  The researchers derived the elevation change maps using over 200 million data points for Antarctica and around 14.3 million data points for Greenland. The results reveal that Greenland alone is reducing in volume by about 375 cubic kilometres per year. When the research team compared the current data with data from the year 2009, they discovered that the volume loss in Greenland has doubled over the last five years. The loss of the West Antarctic Ice Sheet has in the same time span increased by a factor of three. Combined the two ice sheets are thinning at a rate of 500 cubic kilometres per year. That is the highest speed observed since altimetry satellite records began about 20 years ago,

The following charts were created from this extensive data. 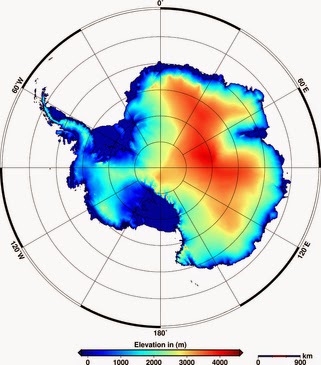 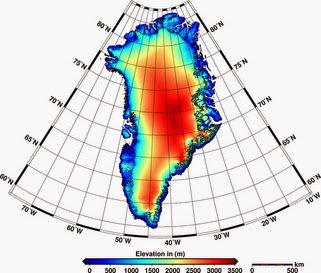 The two images below show where the loss in ice has occurred. 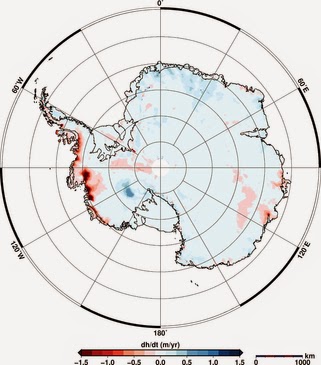 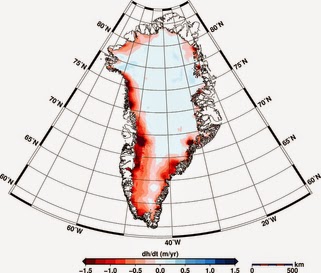 Other data and conclusions published by this research team include the impact of increased carbon dioxide levels on the acidity of the oceans.  Around half of the carbon dioxide volume discharged into the atmosphere through exhaust pipes and chimney stacks over the past two hundred years has been absorbed by the oceans - but not without consequence. The carbon dioxide dissolves in the water, creating carbonic acid. This reduces the pH value of the seawater and makes the oceans more acidic.  An example of this impact is shown in the ocean's corals.  Corals are amongst those sea dwellers to be the most greatly affected by rising temperatures and the falling pH value of the oceans. Warmer and more acidic seawater causes them to lose their colourful appearance and reduces the energy available to develop their exoskeleton. 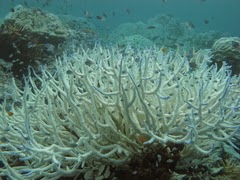 Scientists long assumed that ocean acidification had little impact on more highly developed organisms such as fish. However, more recent research results prove the opposite: fish react sensitively to acidic water primarily at the beginning of their lives – the very time their development is in full swing. 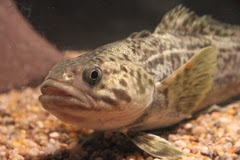 To summarize the impact of the acidification of the oceans, 63 scientists from 47 institutions and 12 countries participated in writing of facts included on the webpage: