I came across an article published by the BBC about the discovery of more than 500 new methane seeps off the U.S. east coast.  Previous to this discovery scientists only knew about a few of these seeps.  The link for the article is http://www.bbc.com/news/science-environment-28898223 . 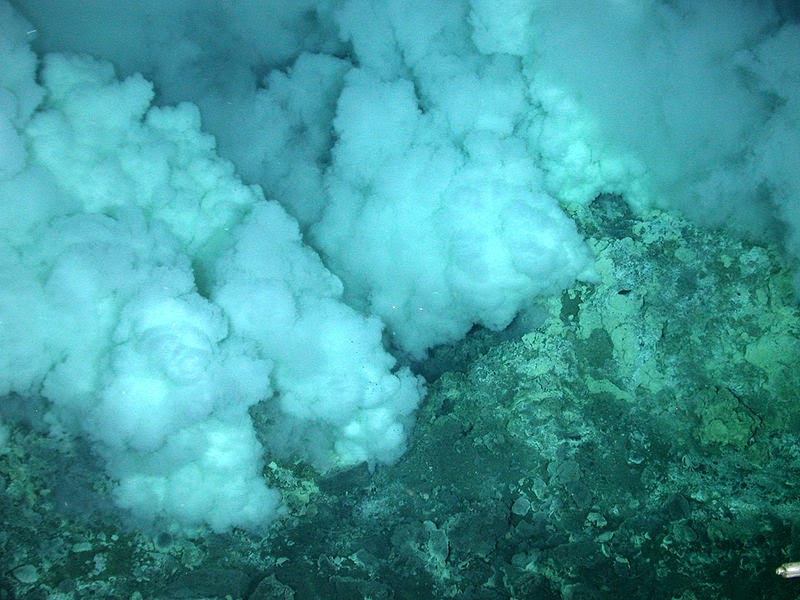 According to the article, "The team behind the new findings studied what is termed the continental margin, the region of the ocean floor that stands between the coast and the deep ocean. In an area between North Carolina and Massachusetts, they have now found at least 570 seeps at varying depths between 50m and 1,700m. Their findings came as a bit of a surprise."

The chart below is a sonar image of one of the new methane plumes discovered off the US east coast. 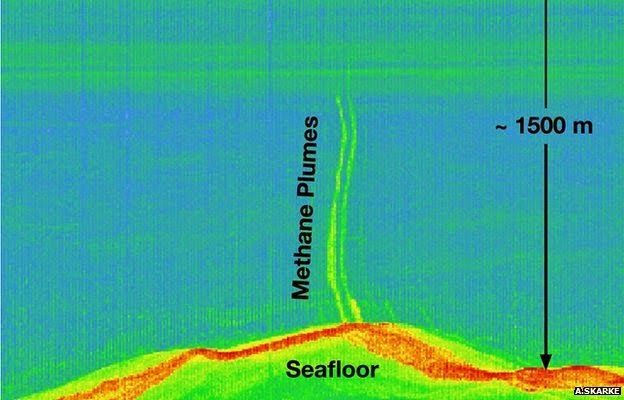 Since the seeping vents are located around 500m below the ocean's surface, scientists believe that the temperature and pressure allow the methane to reconstitute into a sludgy confection of ice and gas called methane hydrate, or clathrate.   A USGS picture of this methane sludge is shown below. 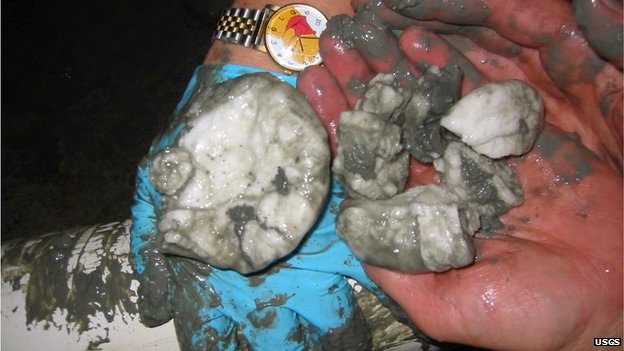 At this time it appears that the methane is not reaching the surface, but instead is dissolving into into seawater, combining with oxygen, and transforming into CO2.  Even though researchers estimate that there may be as many as 30,000 undiscovered methane vents worldwide, they do not think that any of this carbon dioxide is being released into the atmosphere -- yet.  However, they have estimated that these undersea sediments are one of the largest reservoirs on Earth and contains around 10 times more carbon than the current atmosphere.

Over geologic time the oceans could become saturated and eventually this carbon dioxide could begin reaching the atmosphere.  This is just another reason why our species as an inhabitant of this planet should limit our own carbon footprint.