In 16 years of operating the Gitche Gumee Museum, I have never before tried to buy a single agate brought into the museum.  However, a month ago Mark Bowen from Sault Ste. Marie came in to visit.  He read my agate book last fall and jumped into the agate world with both feet.  When winter engulfed the U.P., he went agate hunting on EBay and purchased this very rough and crusty Lake Superior agate. 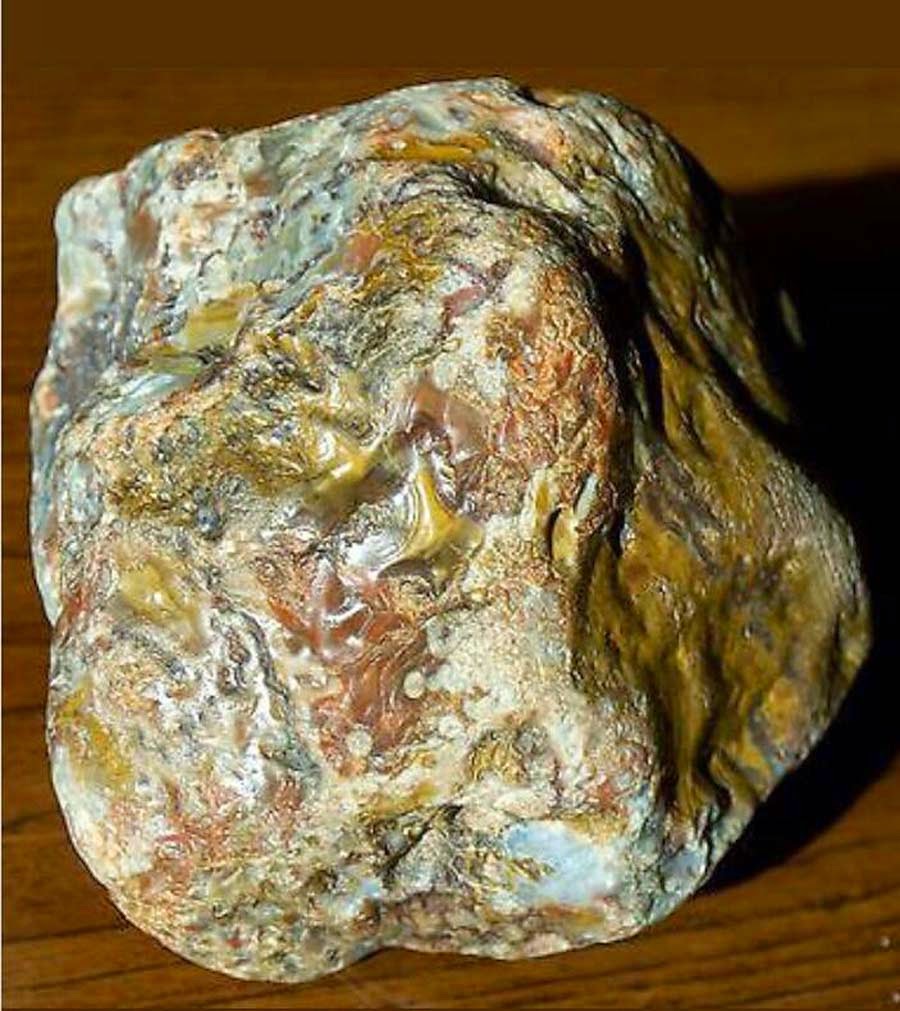 Even though the outer surface was coated in limonite and other minerals, he saw interesting detail. 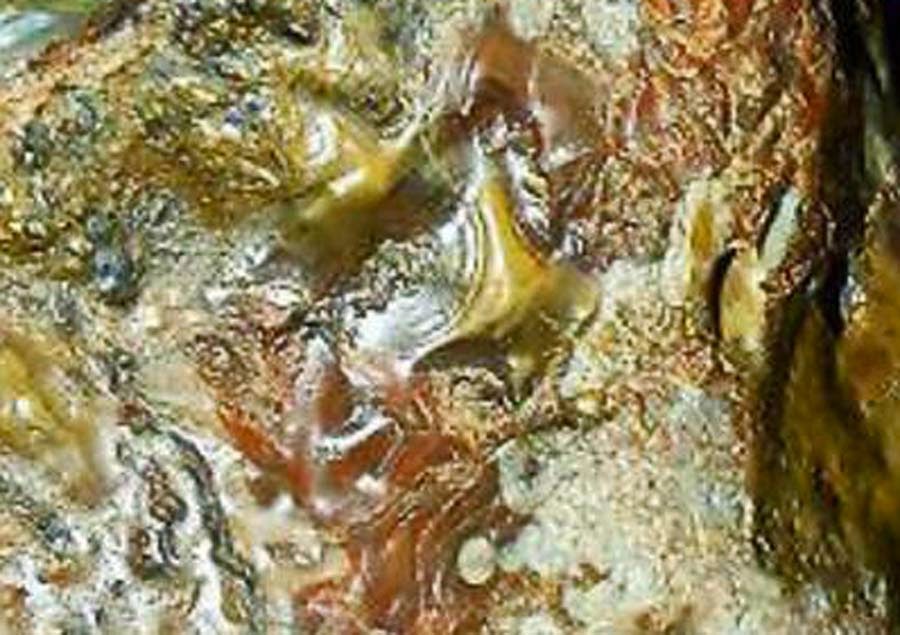 So Mark ground away the outer husk to reveal in interesting and very intricate tube agate. 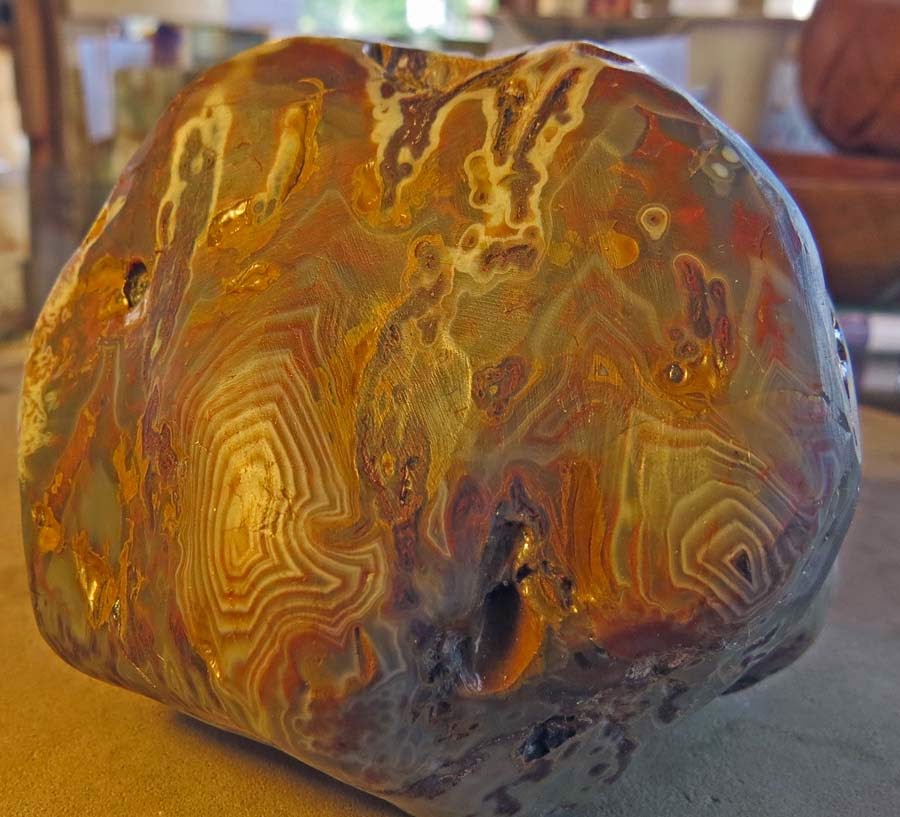 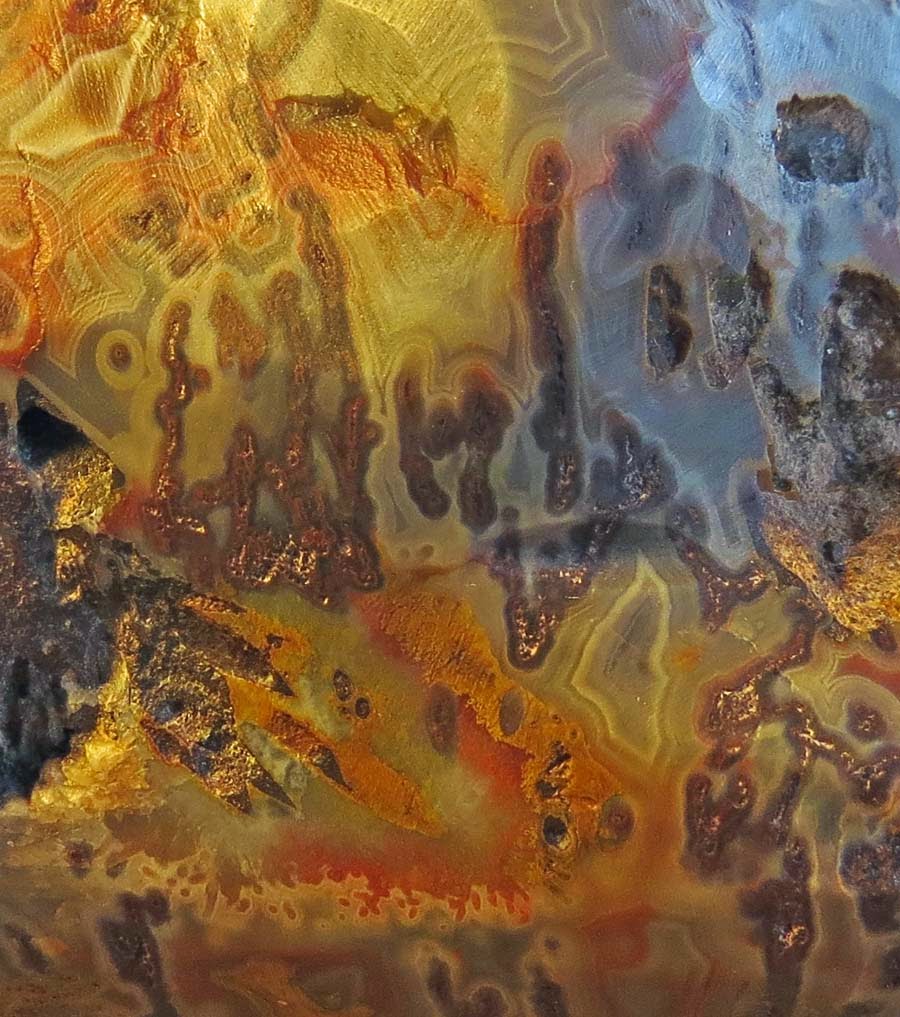 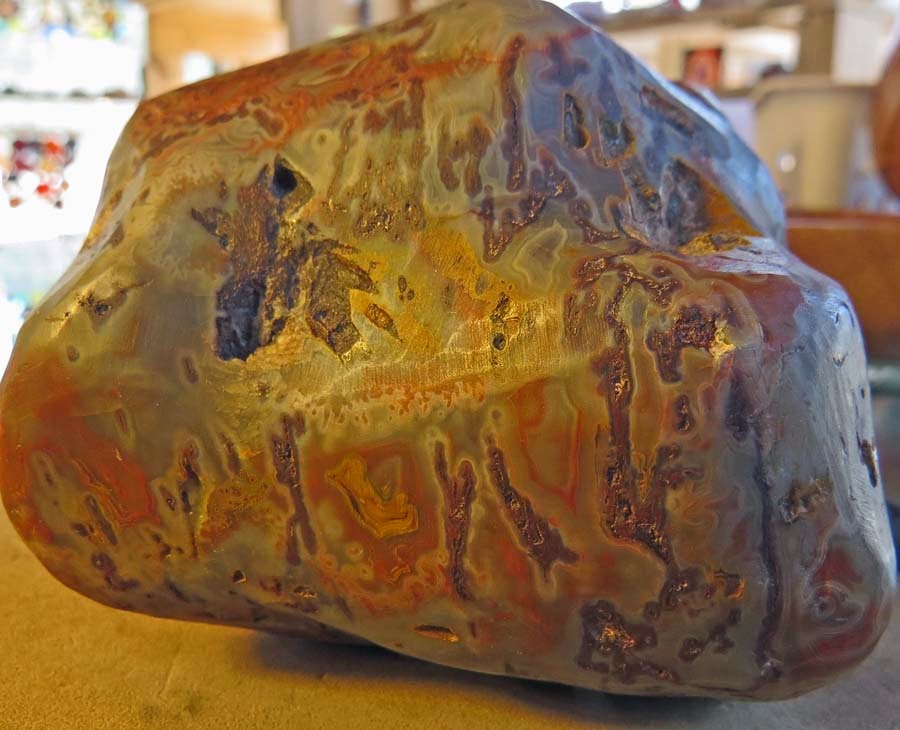 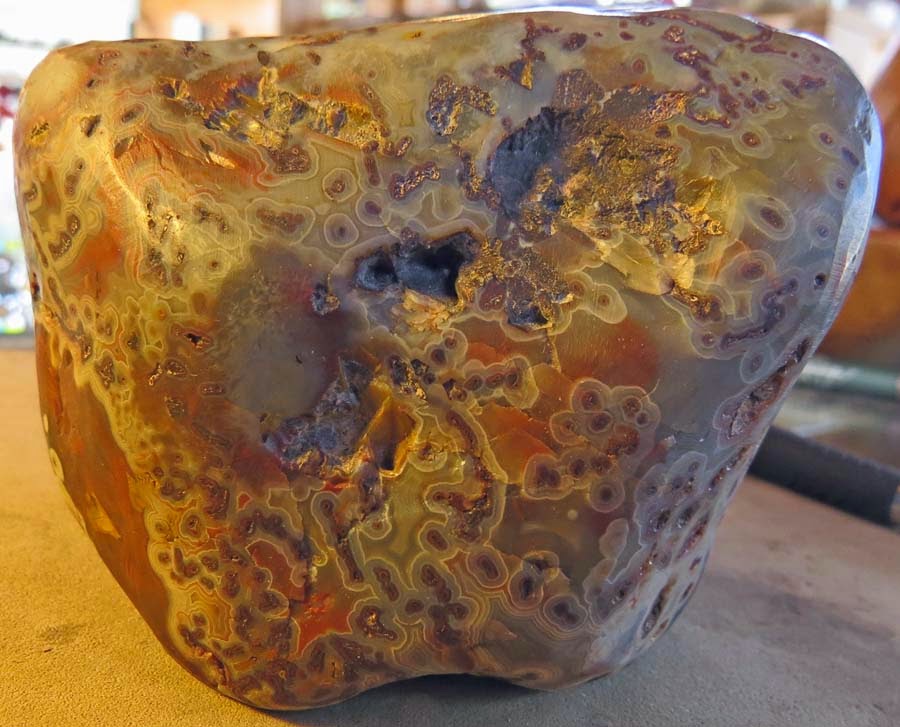 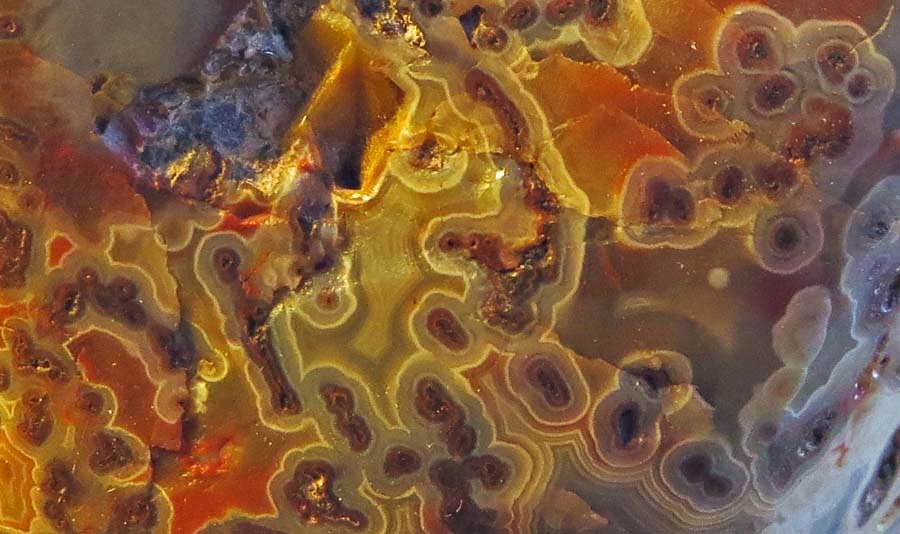 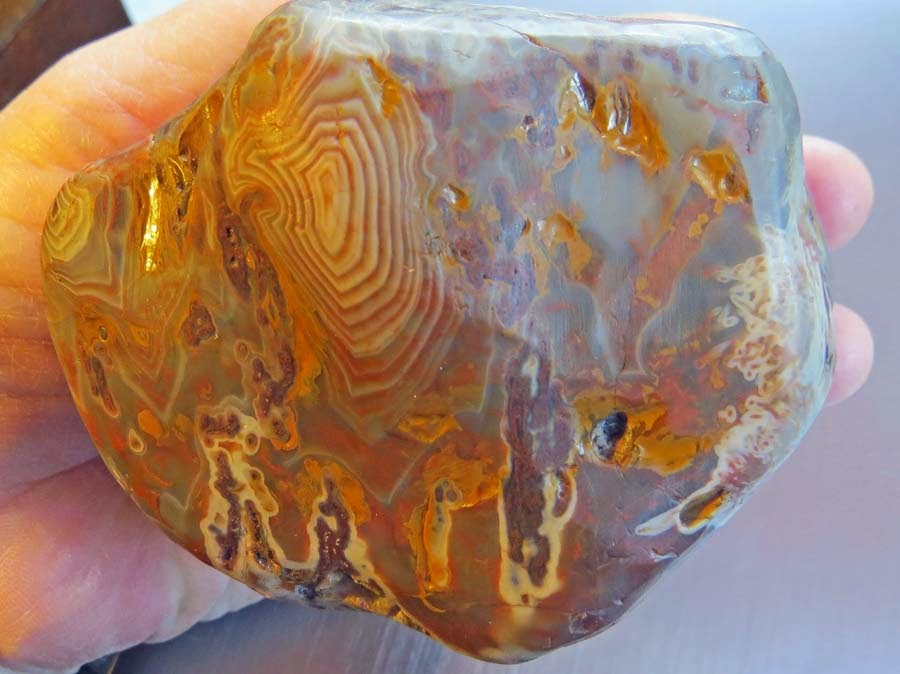 My guess about this agate's formation is that the vesicle pocket may have been intermittently dry allowing dripping into the pocket, resulting in the formation of stalactites as well as other rod-like minerals, all of which were later replaced with chalcedony.  I love this agate.  Mark:  thanks for selling it to me.  And, yes, you have visitation rights.