Pictures of Earth from Space

For today's blog posting I decided to check in with NASA's webpage http://earthobservatory.nasa.gov/. 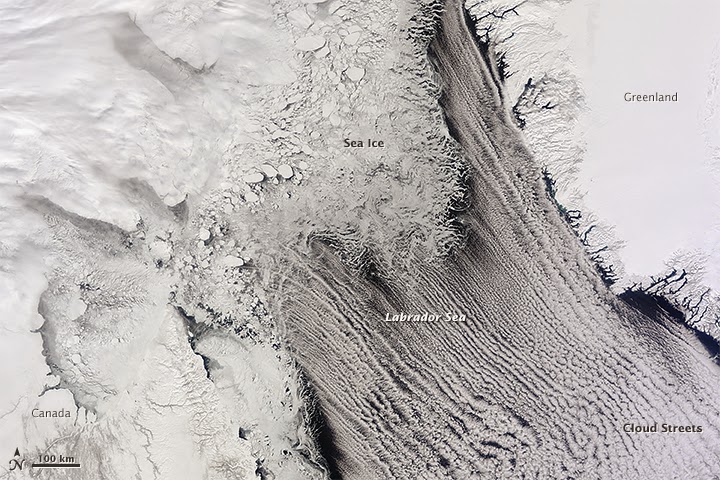 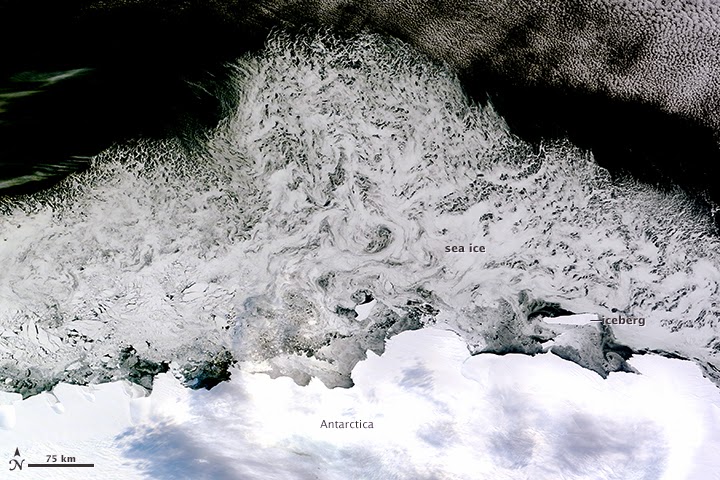 ASA’s Terra satellite acquired the natural-color image shown above of sea ice off the coast of Antarctica’s Princess Astrid Coast.


White areas close to the continent are sea ice, while white areas in the northeast corner of the image are clouds. One way to better distinguish ice from clouds is with false-color imagery. In the false-color view of the scene shown below, ice is blue and clouds are white.
The image was acquired after Antarctic sea ice had passed its annual minimum extent (reached on February 20, 2015), and had resumed expansion toward its maximum extent (usually reached in September).

One of NASA's satellites captured the pair of photos below showing the Holuhraun lava field located in Iceland. The top image combines shortwave infrared, near infrared, and red light  to better show variations in the temperature of the lava. This particular band combination also makes it easier to see through the plume of steam and gas rising from the fissure.
In the image from April 2, 2015 (top), snow blanketed the surrounding landscape but the lava field (black) remained warm enough to prevent significant accumulation. For comparison, the second image shows Holuhraun on September 6, 2014, in the early days of the eruption. Newly-formed basaltic rock is black. Fresh lava is bright orange.

On February 28, 2015, Icelandic authorities declared the eruption over. Since August 2014, the eruption has produced a lava field that covers 85 square kilometers (33 square miles). The average thickness of the field is 10 to 14 meters (33 to 46 feet), and nearly 1.4 cubic kilometers (0.3 cubic miles) of lava (by volume) extruded from the Earth.

The eruption created a number of features—the lava field and several craters—that local authorities are now in the process of naming. A new lake will likely form when summer melt water runs off of nearby Vatnajökull glacier.

While fresh lava has stopped flowing from Holuhraun, it is possible that activity could resume. One vulcanologist monitoring the area has noted that Bardarbunga’s caldera, which fed the Holuhraun eruption, has started rising, a sign that magma may be accumulating in the magma chamber again. 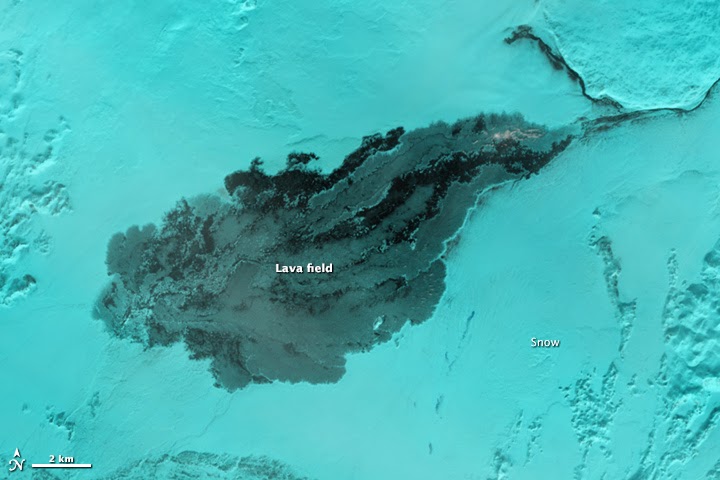 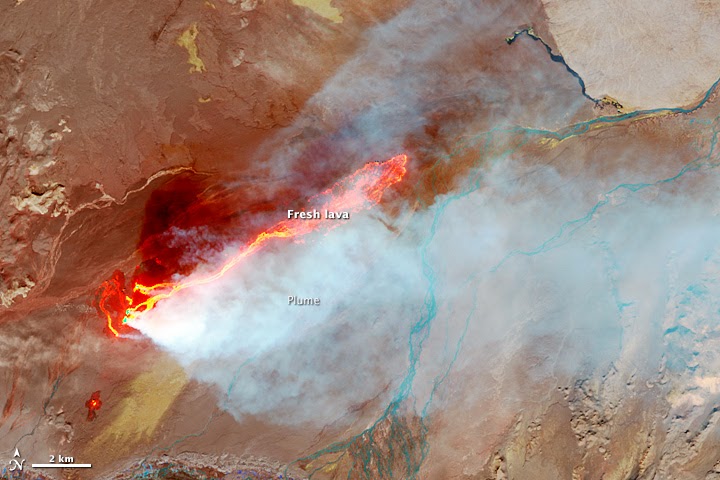 On April 22, 2015, Calbuco volcano in southern Chile began erupting for the first time since 1972. An ash cloud rose at least 15 kilometers (50,000 feet) above the volcano, menacing the nearby communities of Puerto Montt (Chile) and San Carlos de Bariloche (Argentina). The eruption led the Chilean authorities to order evacuations within a 20-kilometer (12 mile) radius around the volcano. About 1,500 to 2,000 people were evacuated; no casualties have been reported so far.

The volcanic mountain was quiet until tremors began late in the afternoon on April 22. An explosive pyroclastic eruption started at 6:04 p.m. local time and vigorously spewed ash and pumice for at least 90 minutes. Lava flows were observed from the main vent. A second high-energy pulse of ash occurred around 1 a.m. on April 23.

At 11:20 a.m. local time on April 23, NASA’s Terra satellite acquired the natural-color image shown below of the extensive ash plume. 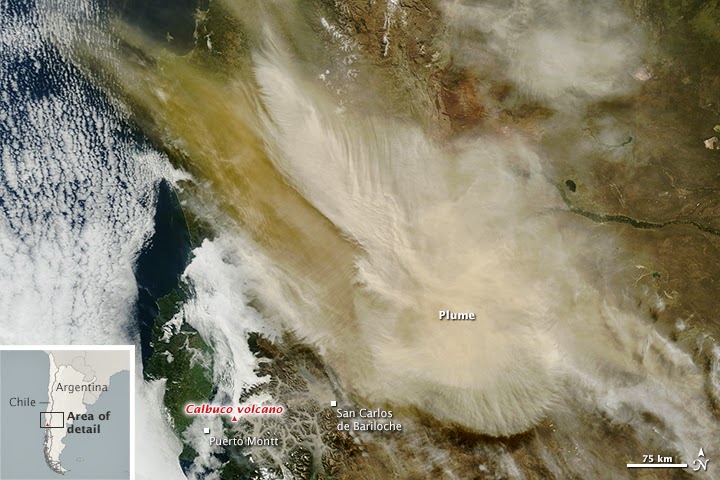