On this last day of my summer hours this year I am posting pictures of the nicest large Lake Superior agate I have ever seen.  Thanks to Mark Bowen, who facilitated the meeting, and Chris Sedl -- the owner of the agate. 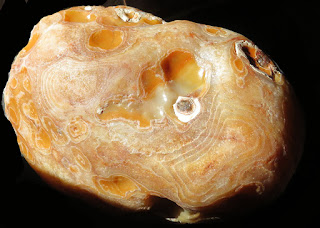 This agate weighs in at 19 pounds, 11 ounces!  It was originally found in a Minnesota farm field during the 1980s.  However, the farmer did not know what it was.  He placed it in his garden for several years, before he decided to clear out some of the rocks and transfer them to his slough off rock pile.  One of his friends spotted the agate and suggested that he not do that.  The farmer ended up selling the agate to Scott Wolter, who recently sold it to Chris.  It was so much fun to show off the agate for the weekend to museum visitors, as well as my Grand Marais agate hunting friends.   Thanks, also, to Chris for allowing me to post these photos.

Here is a photo of Chris holding his agate, showing off the different sides of the incredible agate. 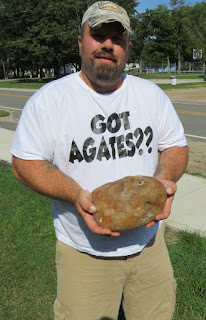 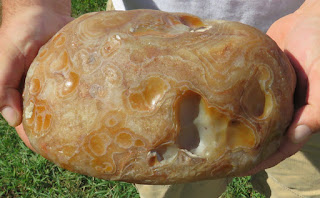 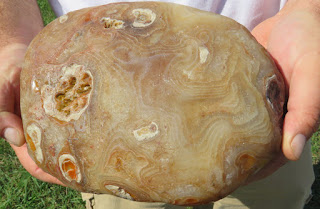 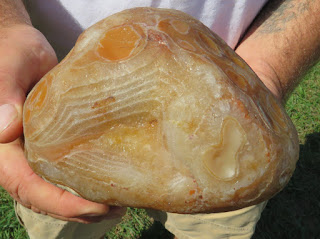 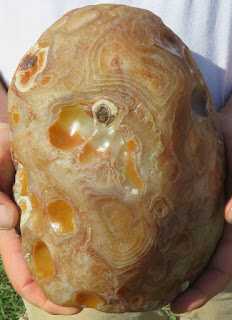 I posed for a few photos holding the agate, too. 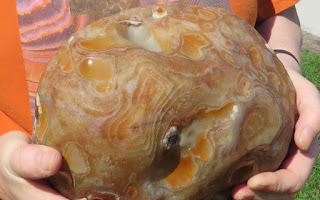 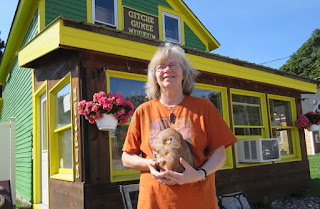