For the heck of it, I brought two 365 UV flashlightsng with me to South Dakota.  One evening Sharon and I headed back to the White river at dark.  We hung a light on a bush to mark the location of the cow paths so we could find the truck.  Once we reached the rocky dry river bed, I turned my UV light on.  At first I thought there was broken green glass everywhere.  Then I realized that every green fluorescent object was a chalcedony agate.  Some of the petrified wood fluoresced orange.  There was also some fluorescent chert and calcite.  We had fun!

First I will show the fluorescence.  I will begin with a cool specimen of petrified wood. 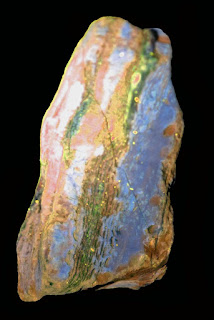 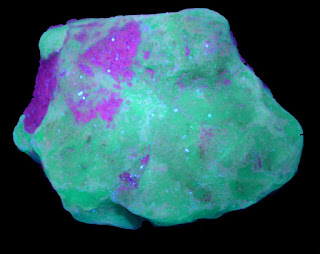 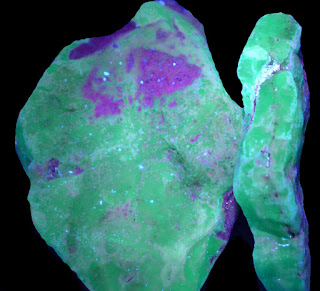 I discovered that some of the specimens had phosphorescent minerals in the seams.  Under fluorescence the electrons in some minerals get excited by a certain wavelength and jump away from the nucleus.  The nucleus pulls another electron down to fill the empty electron shell, which releases energy as visible light.  Under phosphorescence, the electrons take their time moving back down so the specimen continued to glow for a couple of seconds. 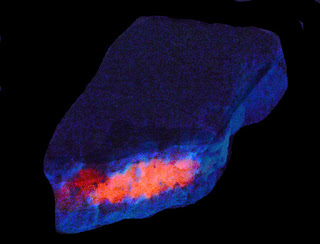 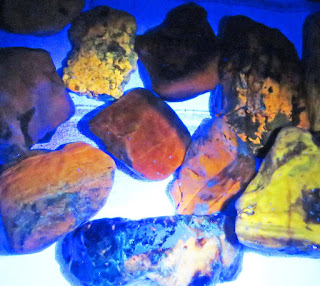 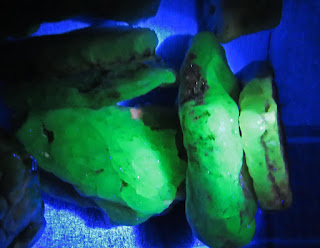 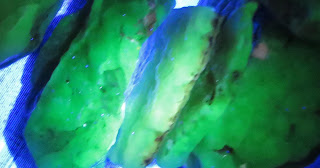 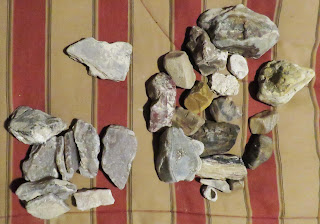 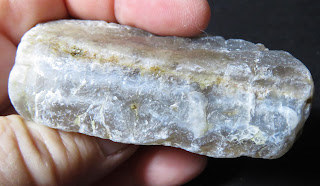 Back lighting to show translucency.... 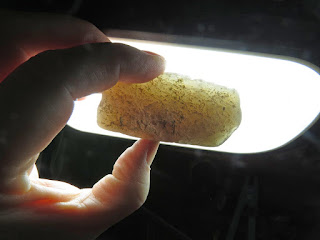 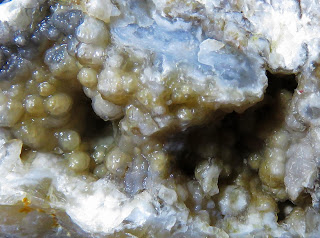 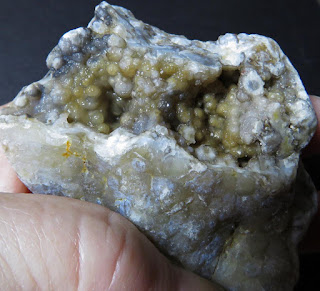 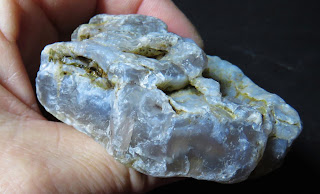 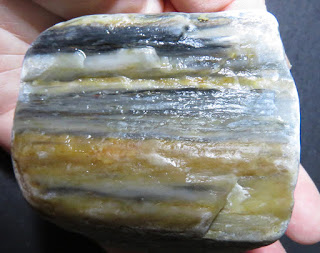 I found one piece of rose quartz. 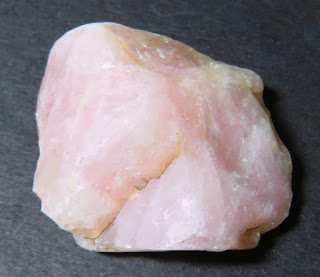 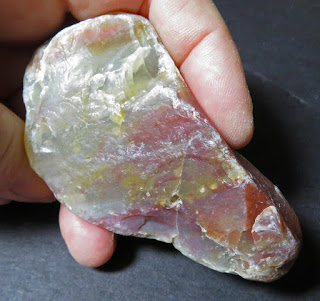 I found a couple of pieces of this very blue chalcedony. 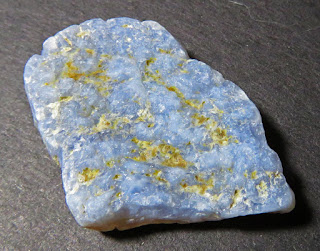 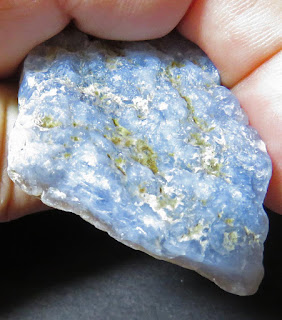 Another botryoidal agate with front lighting and back lighting. 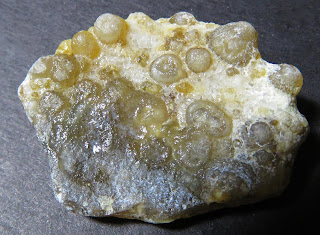 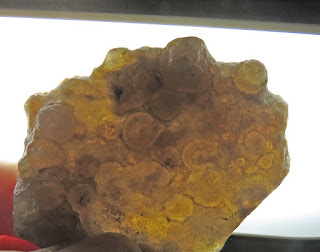 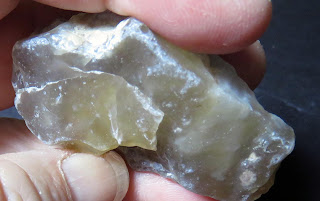