Friday I drove down from Grand Marais to Mount Pleasant. The drive was interesting because of the lake effect variations in weather patterns. Grand Marais had lake effect clouds with occasional snow squalls. M77 was icy due to the light amount of snow that blows across the road and freezes. Once I reached Seney (25 miles) and headed south, the roads were clear and sunny. In fact the drive east down US2 was beautiful.  There is a lot more ice along the shore of Lake Michigan than there is along the shore of Lake Superior.  My guess is that it is because the waves are higher in Lake Superior that do not let the ice accumulate.  The series of photos below were taken when I stopped along US2 within 30 miles of the Mackinaw Bridge.  Notice the lake effect clouds in the background hanging over the lower peninsula. 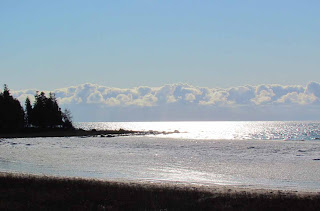 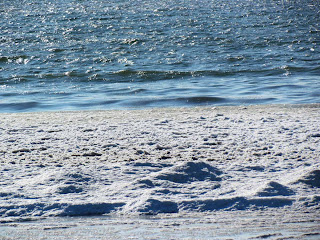 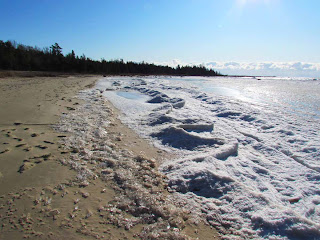 This is a close up of some of the ice that has accumulated on the Lake Michigan shoreline. 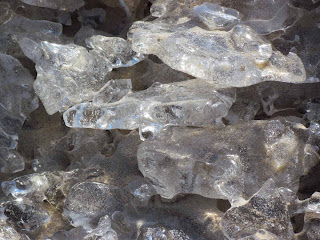 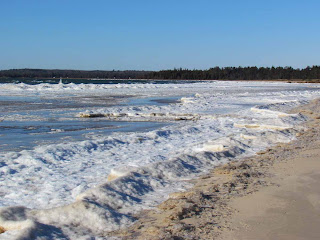 The next few shots were taken when I was only a few miles from the Mackinaw Bridge.  Notice that I am closer to the lake effect clouds. 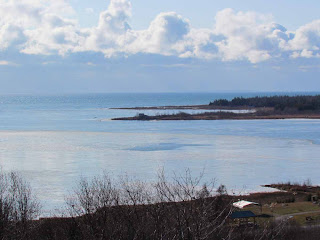 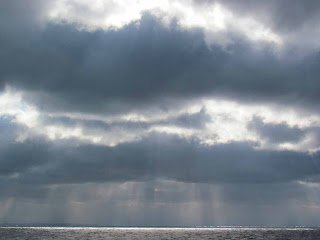 When it is cold and it snows, the snow accumulates into ice balls that then freeze together to make shore ice. 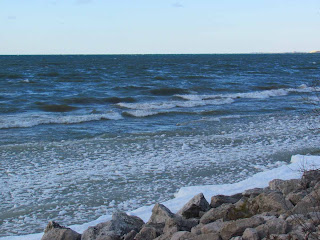 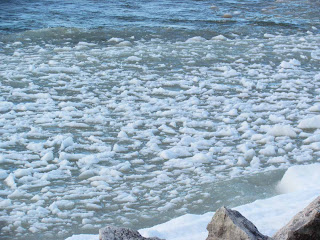 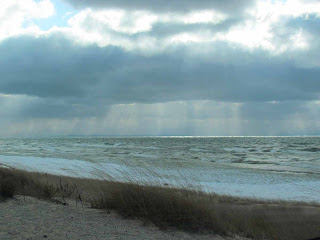 Finally I reached the bridge. 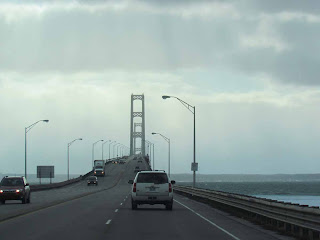 Once in the lower peninsula, there were rows of the lake effect clouds.  I also ran into several snow squalls.  The highway was slippery in spots until I was far enough south and inland to be back in the sunny weather. 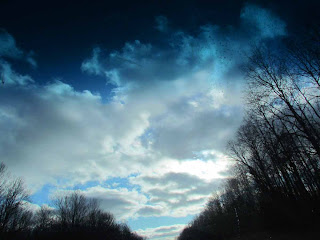 Which presented a nice sunset once I arrived in Mount Pleasant. 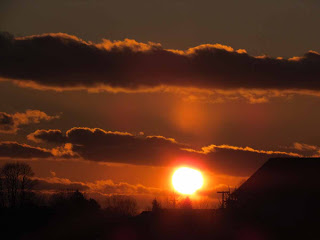