Yesterday I went to the UofM Natural History Museum with my son and daughter-in-law. As many of you know, I went to college at UofM and also worked in Ann Arbor for 20 years. When my kids were little, we used to go to the museum a lot. Jonathan had not been there since he was small and Jessica had never been there. My main purpose for going was to see a show at the revamped planetarium, which now has digital equipment.

Today's pictures will include images from the displays that depict what life on earth looked like through the ages.  First a few shots I took as we walked into the museum. 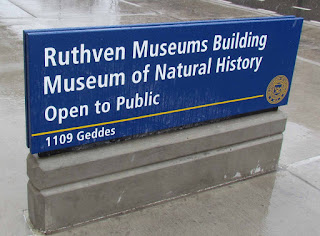 Jonathan and Jessica standing out front.... 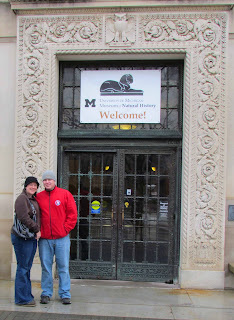 We have always called the facility "the museum with the lions out front." 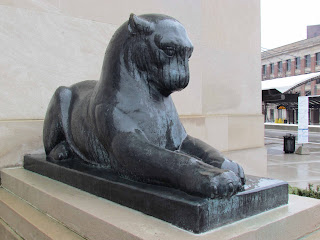 Here is a shot of the dome inside the front lobby. 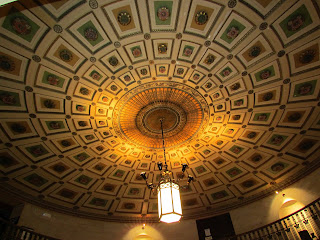 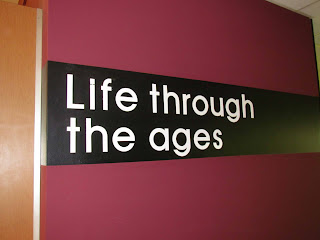 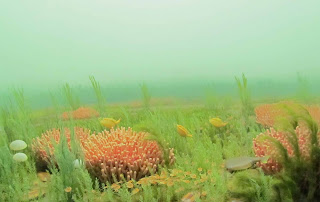 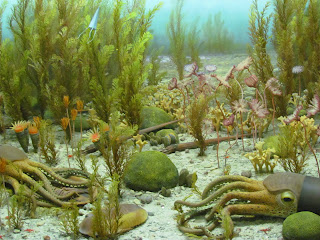 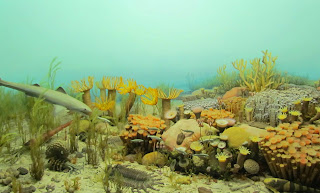 There were two Permian displays:  one marine and one terrestrial. 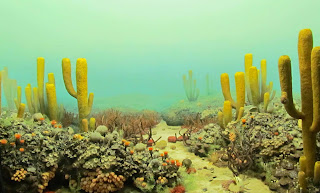 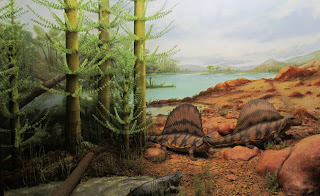 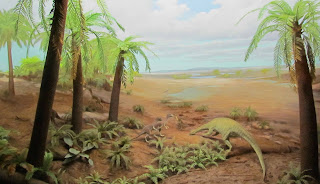 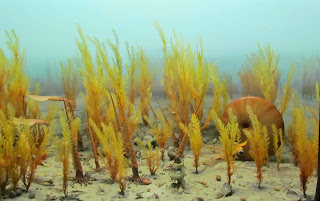