Last weekend I headed back to Marquette to attend a Christmas party at my friend's house. On Sunday, we decided to hike up Sugarloaf Mountain, located northwest of Marquette. The Sugarloaf Mountain Natural Area consists of a 3,200 foot trail of pathway and stairway segments that lead to the mountain's summit 470 feet above Lake Superior. There are platforms on the mountain's summit which provide a spectacular view of the rugged coastline and surrounding forest lands.

It was quite icy, but with the lack of snow in the area we were able to see how to maneuver around most of the ice. 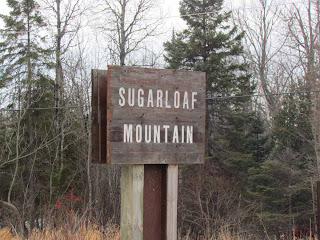 There are two paths to the top.  The more difficult path climbs up the west side of the rock summit, following a creek that was frozen, as well as some boulders. 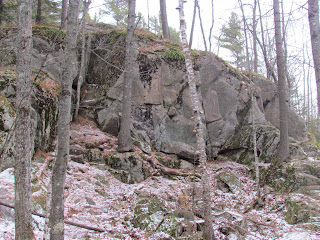 The frozen creek seemed to ooze down the hill. 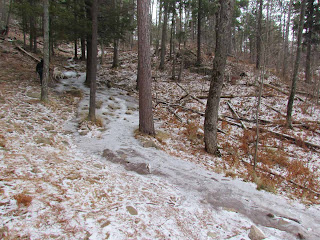 The views from the top are terrific.  The shot below is looking east towards Presque Isle. 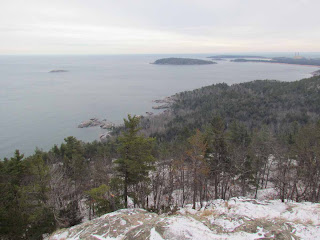 Here is a close up of some of the rocky beaches located below Sugarloaf. 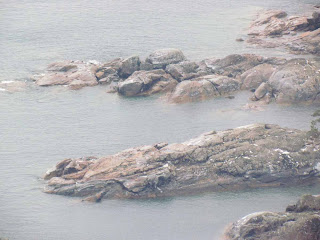 The shot below is looking west towards Big Bay. 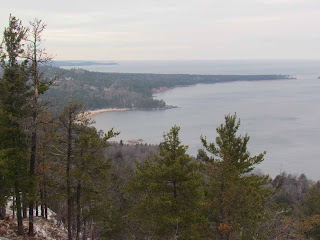 There is a monument at the top built by one of the first boy scout troops in Michigan, honoring one of the troop leaders that was killed in World War I.  Troop members carried the rocks up the mountain from the beach. 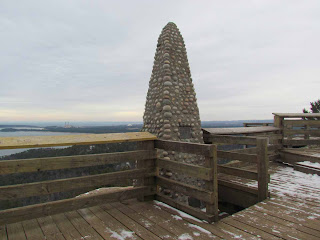 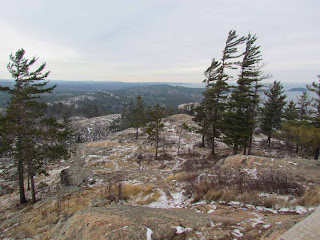 The second trail has more stairs that head down and around rock outcroppings.  Ice formations dotted the rocks. 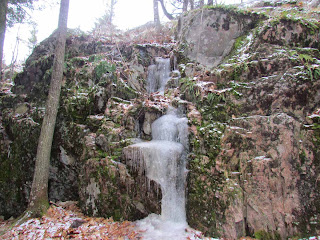 Sugarloaf Mountain is 6-7 miles north of downtown Marquette on CR 550. Get there by taking Front to Washington, turn west and go to Fourth Ave. Turn north onto Fourth, which becomes Presque Isle Ave. At Hawley turn west. It turns into CR 550. Look for sign by parking lot. The park is free.  The summit is not handicap accessible.
Posted by Karen Brzys at 5:53 AM