I am still catching up on posting photos taken during my travels.  Today's pictures were taken at Hidden River Cave.  There were no formations in this cave, but there was an incredible river.  When it rains, the level of the river can rise dozens of feet.  You would not want to be in this cave if there is a threat of rain.

Once considered the Most Polluted Cave in America, Hidden River has made a recovery to it's glory days as a show cave. Since the cave is the lowest point in the area, pollution from the area drained into the cave.  Thanks to dedicated cavers, it has all been cleaned up now.  On site is the American Cave Museum , which is the only museum of it's kind in the US, dedicated strictly to caves and issues surrounding caves.

In the area, you have to be careful driving since you have to watch for slow moving horse-drawn buggies. 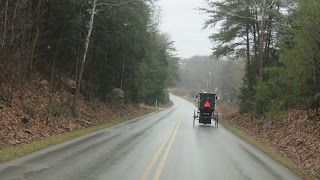 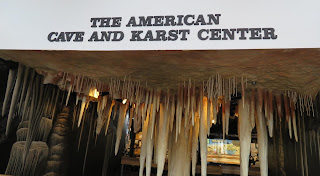 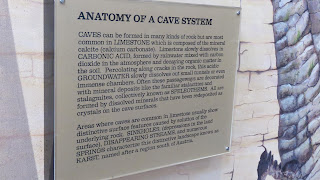 Cave entrance.  There is a repelling rope you can pay to descend... 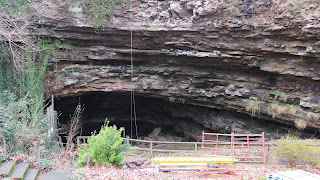 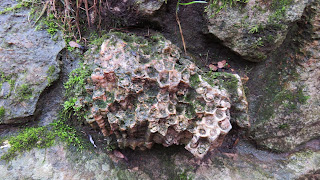 The river is at the bottom. 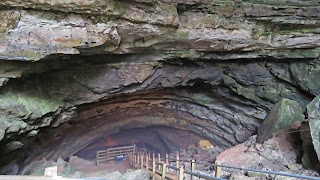 A bridge recently constructed to extend the cave tour. Other photos taken inside the cave did not come out. 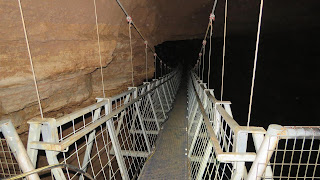 It is hard to make up, but the photo below is a blind crawfish. 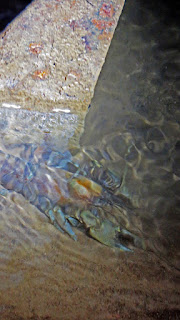