The third of four caves/caverns I visited was Mammoth Cave.  It is a national park and is quite organized with all the cave tours.  I was one of the last to get a spot on the Domes and Dripstones tour.  Since I have a senior NP card, it only cost me $8.50 (half price)! 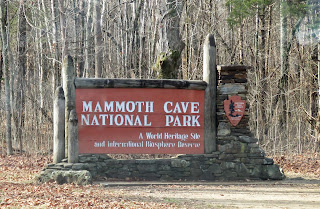 The campground in the national park was closed for the season, but there was a private campground a few miles away. 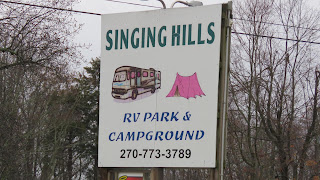 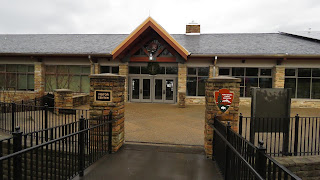 Below is a 3-D model of the 400 plus miles that have been mapped of the Mammoth Cave system.  Many more miles are yet to be discovered. 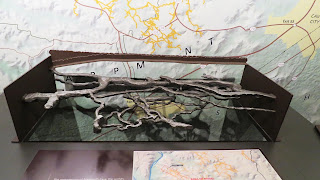 The gold lines on the map below show the cave system. 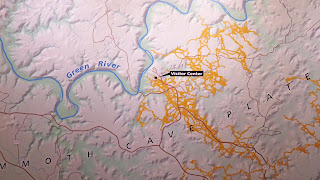 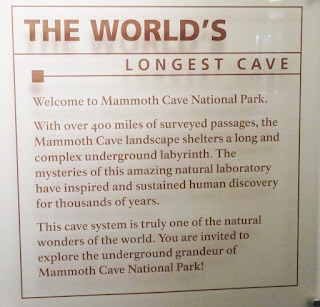 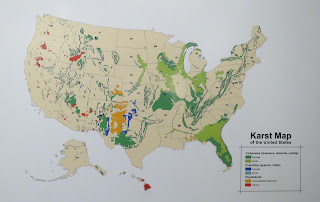 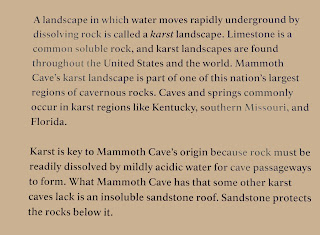 The graphic below shows where the equator once passed:  right through the U.P.!  At that time, the area that is now central North America was at the equator due to plate tectonic movement. 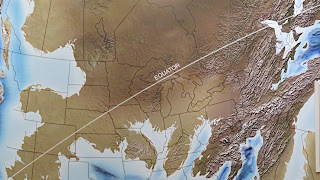 To get to the tour's entrance to the cave, we got on three busses and drove around ten minutes. 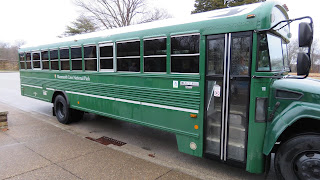 The cave entrance is at the bottom of a sink hole. 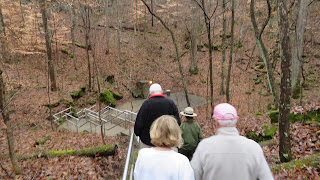 We were not allowed to use flash in the cave, so I had limited oportunities to get photos. 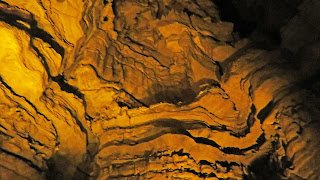 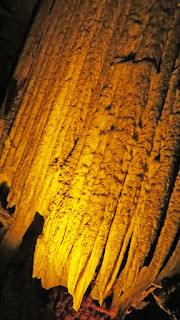 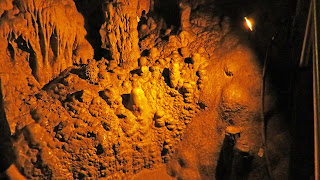 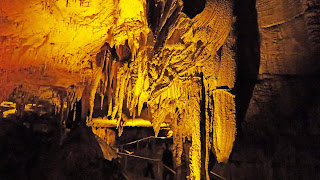 Cave crickets on the ceiling of the dry section of the cave. 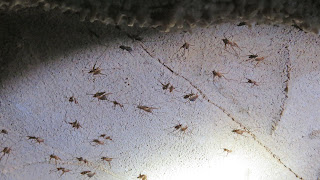 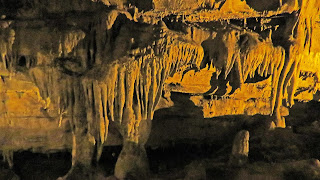 The cave exit (different from the entrance) is also at the bottom of a sink hole. 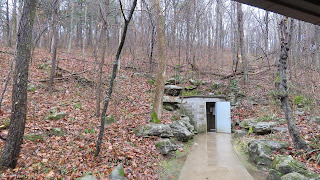