So how does ice melt on a frozen lake anyway?  I have never actually seen the final moments when the ice on the surface of Sable Lake in the Pictured Rocks National Lakeshore goes away.  I have been watching it over the last few days.  The ice is breaking into sections and getting darker in color.

I decided to go onto the Internet to see if there is an explanation of how ice melts.  From various web pages, I have pieced together the following explanation.  To understand how a lake thaws, it's helpful to know how it freezes. 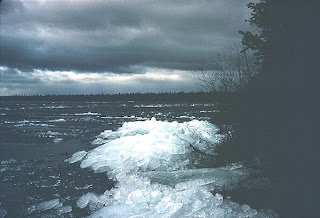 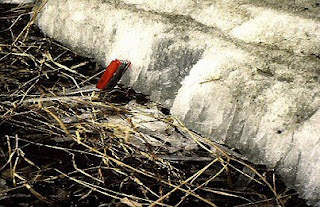 The following series of shots show pictures taken from the overlook on the northeast side of Sable Lake.  I took similar shots 24 hours apart.  The first picture below was taken on April 24th and the next on April 25th.  Notice how the ice is much darker on the second day. 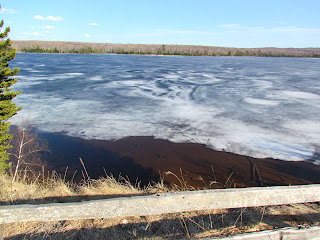 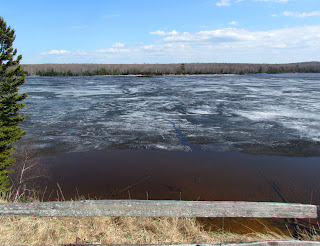 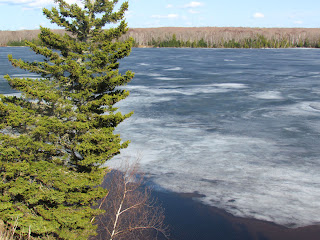 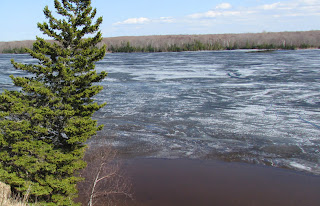 Here is a close up of some of the swirls from day 1.  I am not sure if these are left over from snowmobilers or if the swirls form from wind blown snow drifts. 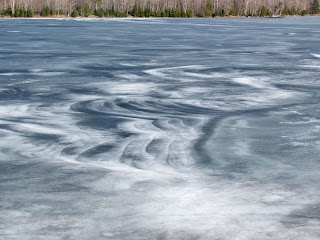 From one day to the next, the amount of open water along shore at least doubled. 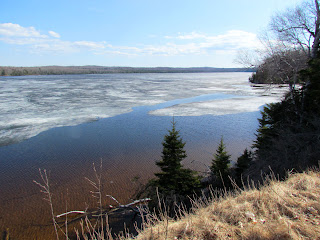 This is a shot from the east end of the lake.  There is a lot of open water here, probably because of the shallow depth.  It looks like in some cases the ice is melting in sections. 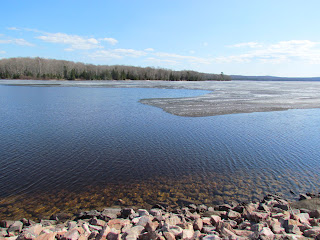 We have had a couple of good sunsets in the past few days.  Here is one. 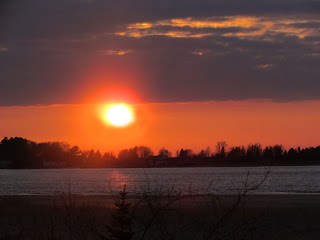