On the last day of my Vermont trip, my son Kevin and I decided to hang out in the Burlington, VT area since I had to catch my plane there anyway. In Stowe, it was cold and cloudy, but in Burlington it was considerably warmer and sunny.

We headed over to Red Rocks Park so I could walk down to Lake Champlain. 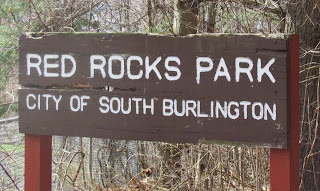 The geology of the area is fascinating. The rocks in the park were uplifted around 500 million years ago. 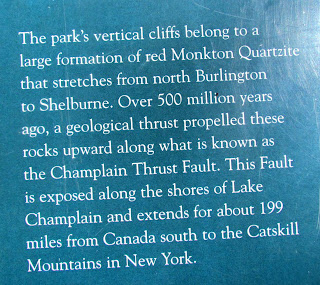 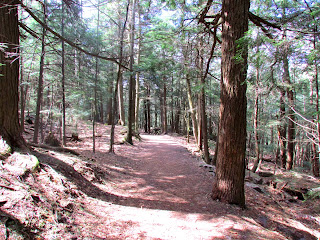 From the western border of Vermont, which is located on the eastern shore of Lake Champlain, you can look toward New York and see the Adirondack Mountains. The mountains are often included by geographers in the Appalachian Mountains, but they bear a greater geological similarity to the Laurentian Mountains of Canada. They are bordered on the east by Lake Champlain and Lake George, which separate them from the Green Mountains in Vermont. They are bordered to the south by the Mohawk Valley, and to the west by the Tug Hill Plateau, separated by the Black River. This region is south of the Saint Lawrence River.

The Adirondacks do not form a connected range such as the Rocky Mountains of the Western United States. They are instead an eroded dome consisting of many peaks, either isolated or in groups, often with little apparent order. There are over one hundred summits, ranging from under 1200 to over 5000 feet (370 m to 1500 m) in altitude; the highest peak, Mount Marcy, at 5344 ft (1629 m), is near the eastern part of the group.

Forty-six of the tallest mountains are considered "The 46" Adirondack High Peaks — those over 4,000 feet (1,200 m), that were climbed by brothers Robert and George Marshall between 1918 and 1924. Since that time, better surveys have shown that four of these peaks (Blake Peak, Cliff Mountain, Nye Mountain, and Couchsachraga Peak) are in fact just under 4,000 ft (1,200 m). One peak just over 4,000 feet (1,200 m) (MacNaughton Mountain) was overlooked.

One interesting thing about this mountain range is that unlike the others in the area, the peaks are still rising. When the North American continent was first forming, a large crayton (baby continent) ran into the Canadian Shield from the south east. This impact formed many of the mountain chains in the area, including the Adirondacks, which are still increasing in size a few millimeters a year. 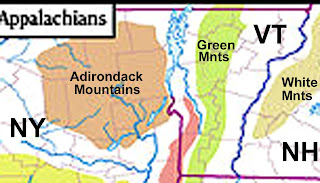 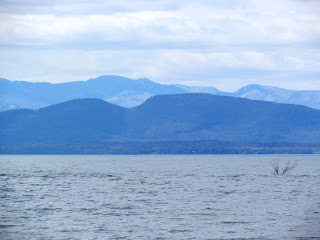 Some of the locals feel that Lake Champlain should be classified as the sixth great lake. It is one of numerous large lakes in an arc from Labrador through the northern United States and into the Northwest Territories of Canada. Although it is smaller than the Great Lakes of Ontario, Erie, Huron, Superior, or Michigan, Lake Champlain is a large body of fresh water. Approximately 490 sq mi (1,269 km2 )in area, the lake is roughly 125 miles long (201 km), and 14 miles across (23 km) at its widest point. The maximum depth is approximately 400 feet (120 m). The lake varies seasonally from about 95 to 100 ft (29 to 30 m) above mean sea level. 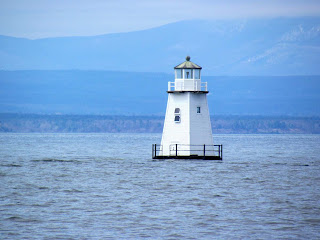 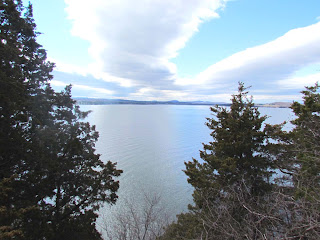 The aquarium, Echo, is located near Lake Champlain. In back of the building they built a small display of local rocks. 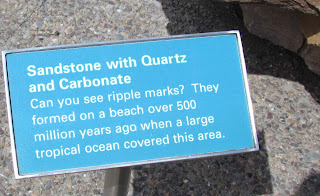 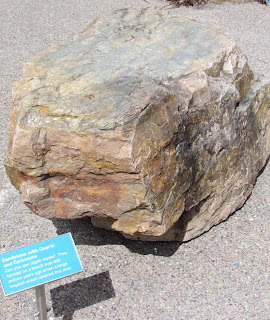 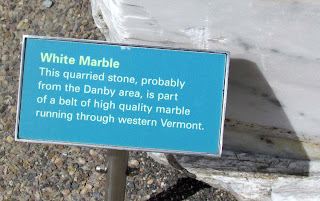 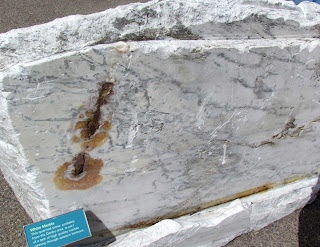 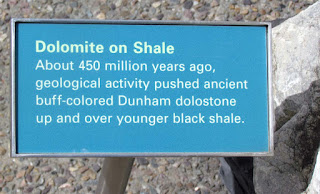 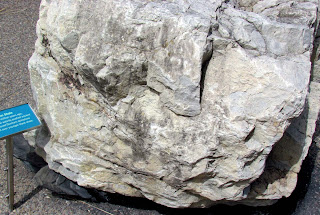 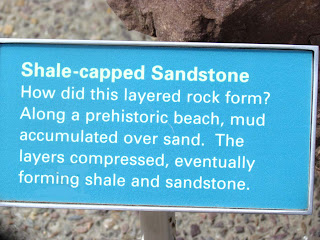 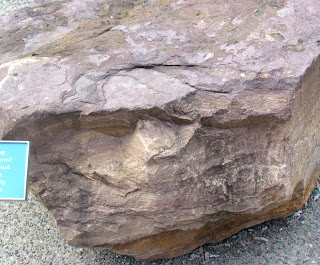 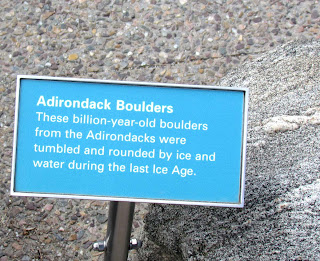 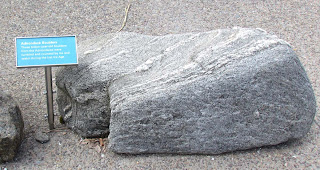