Today I will post the remainder of the pictures from the National Geographic program called Drain the Great Lakes.

In the eastern part of Lake Ontario, scientists discovered something unusual. 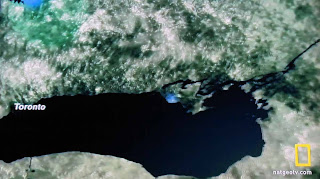 To the south east of Charity Shoal, which is marked by a small lighthouse, there is a circular depression on the bottom of the lake bed. 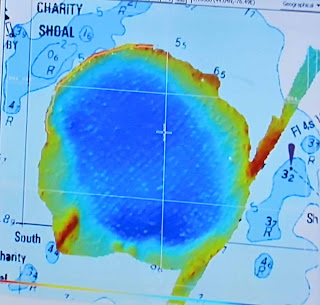 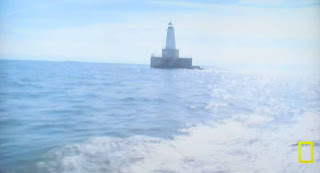 When they examined the depression, they realized that it is almost identicle to the meteor crater in Arizona. 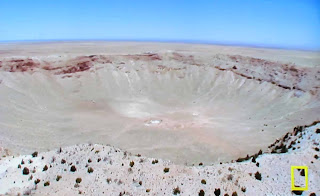 So the scientists have tentatively concluded that the depression is in Lake Ontario is also a meteor crater. 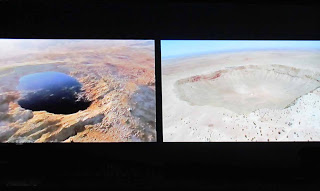 The last segment of the program discussed the artifacts on the bottom of Lake Superior.  There are more than 6,000 different wrecks. 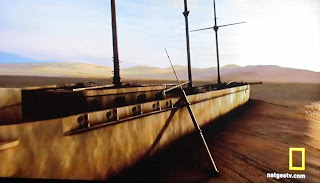 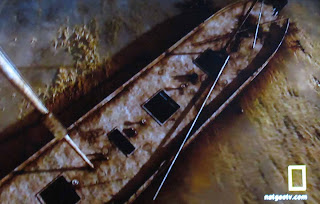 The most famous being the Edmund Fitzgerald that sank in 1975. 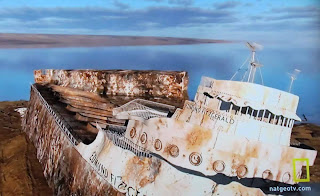 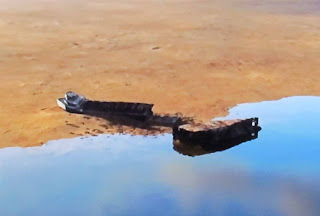 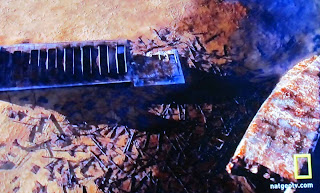