Wow. We had a blast! Last night four of my friends and I decided to go for a full moon snowshoe in the dunes. There is so little snow that we were able to drive to Sable Falls. We then headed on foot west down the trail, over the foot bridge, and into the dunes.  We had seen the moon earlier, but as we entered the dunes there were a lot of clouds.  Then, all of a sudden the clouds passed by. 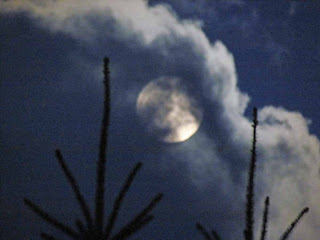 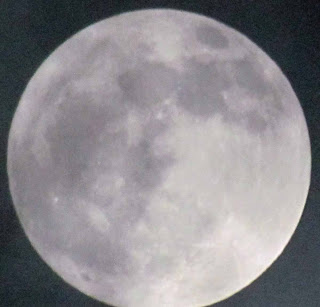 The previous shot I took from the top of a dune.  The photo below shows the result of getting down the frozen dune the safest way.  Notice the full moon in the background. 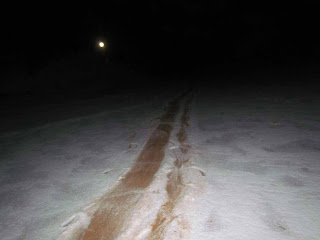 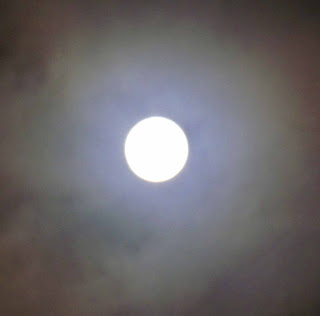 The picture below I took of one of my friends who was standing on the top of a dune. 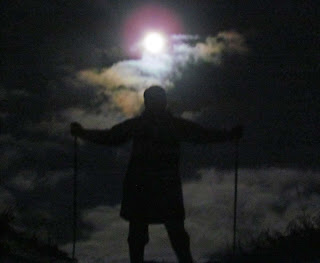 I decided to play with my new version of Photoshop.  I combined the full frame moon shot with the previous picture. 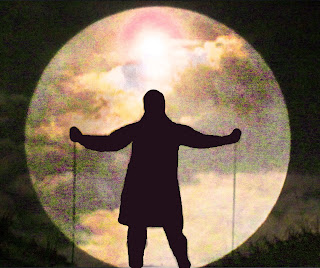 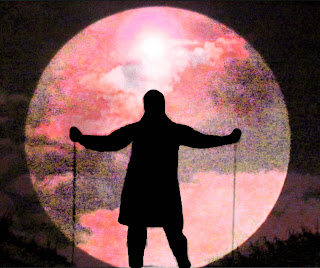 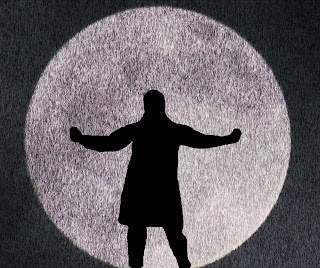 Thanks to Dianna, Renee, Wendy, and Kim for a good time.
Posted by Karen Brzys at 4:38 PM