Yesterday's weather in Grand Marais started with rain, sleet, and freezing rain.  When that ended, the wind and snow started.  We did not get as much snow as what was predicted--but I decided to not venture out.   So for today's blog posting, I browsed through the webpage http://earthobservatory.nasa.gov/ to see what is new with NASA pictures taken of Earth.


The photo below was taken of eastern Kazakhstan. Several fields were already harvested and bare. Others were dark green with pasture grasses or ripening crops. The fields fill the contours of the land, running long and narrow down mountain valleys and spreading in large squares over the plains. 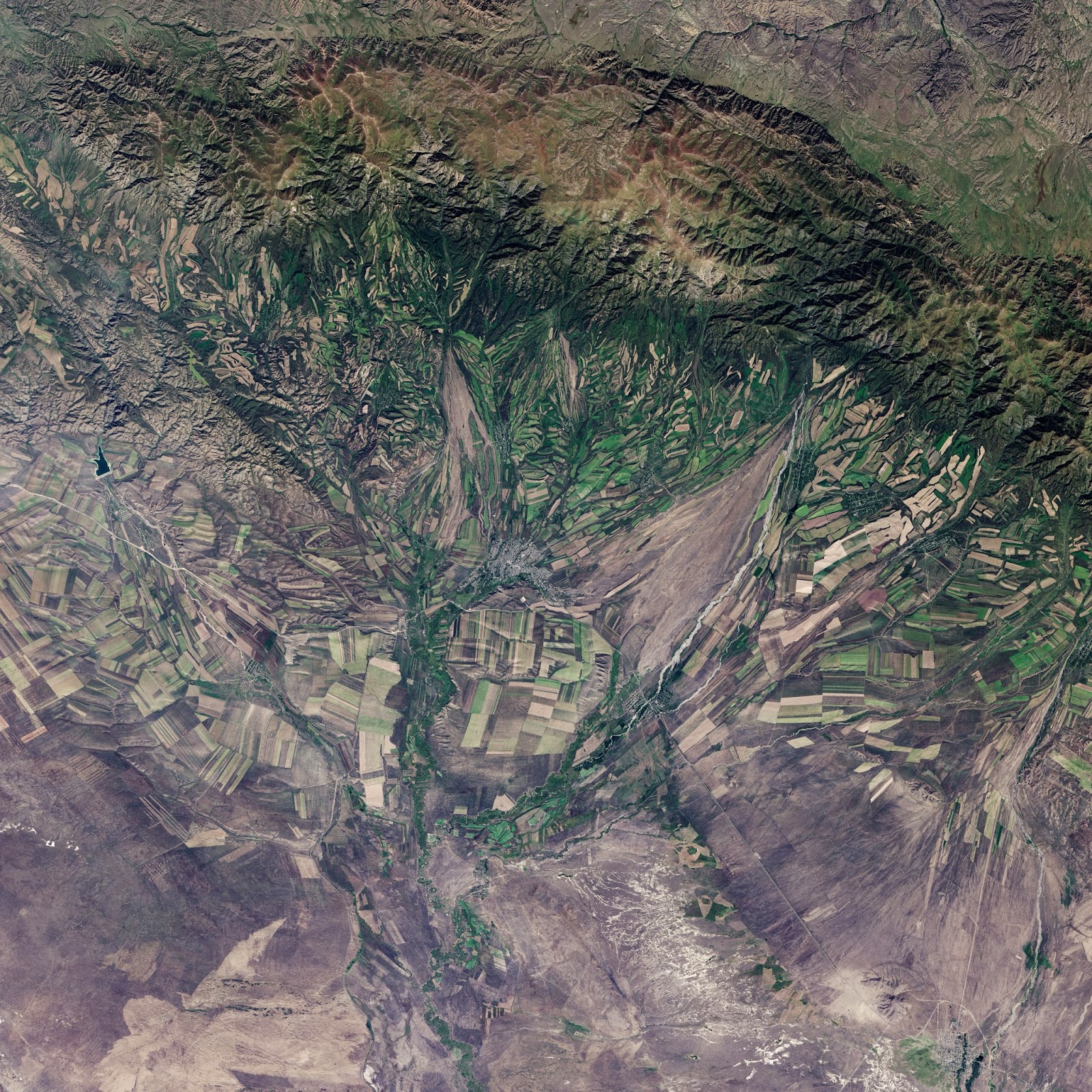 Nearly all agriculture in Kazakhstan is rain fed. Farmers in this region have designed their fields to take advantage of rain flowing down hills, allowing the natural shape of the land to channel water to crops. The effect is a mosaic of green and tan with tones matching the natural vegetation in the mountains to the north.  [NASA Earth Observatory image by Jesse Allen using Landsat data from the U.S. Geological Survey. Information by Holli Riebeek.] 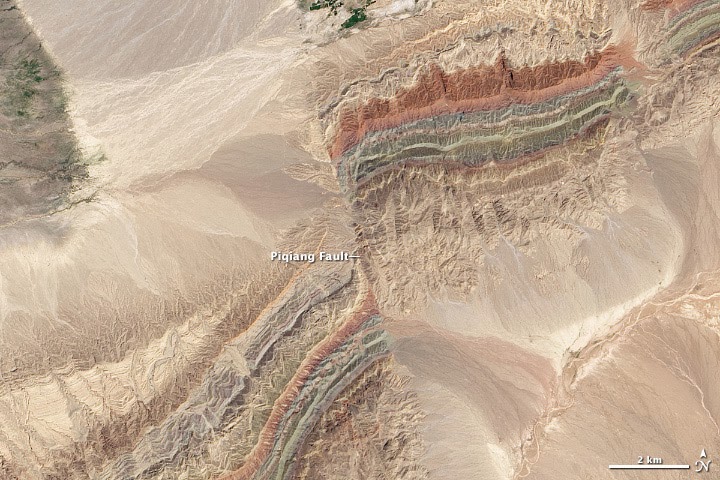 The photo above shows the geologic layers of the Tien Shan mountains, in northwestern Xinjiang province, China.  The series of ridges rise up 3,900 feet above the adjacent basins. The colors of the sedimentary layers reflect rocks that formed at different times and in different environments. The red layers near the top are Devonian sandstones formed by ancient rivers. The green layers are Silurian sandstones formed in a moderately-deep ocean. The cream-colored layers are Cambrian-Ordovician limestone formed in a shallow ocean.   The fault clearly shown by the separation and shift of the sedimentary layers resulted during continent formation.  [NASA Earth Observatory images by Robert Simmon and Jesse Allen, using Landsat data from the USGS Earth Explorer. Information by Adam Voiland.]

First, Maupiti Island, located in the South Pacific. The island is less than 10 kilometers (6 miles) and consists of a central island poking 213 meters (700 feet) above the sea surface, framed by low-profile serpentine islands and coral reefs that enclose a lagoon. 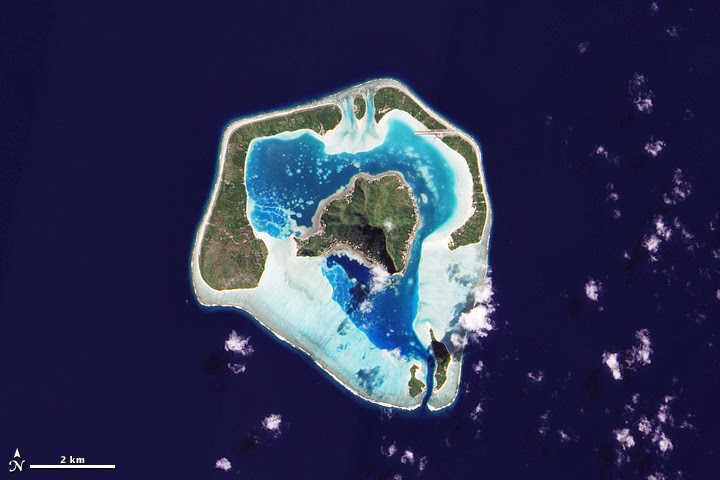 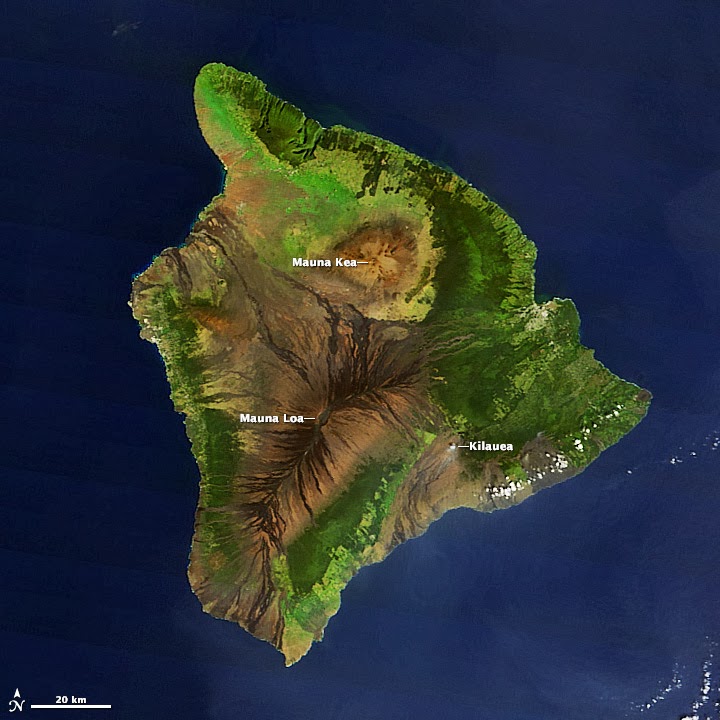 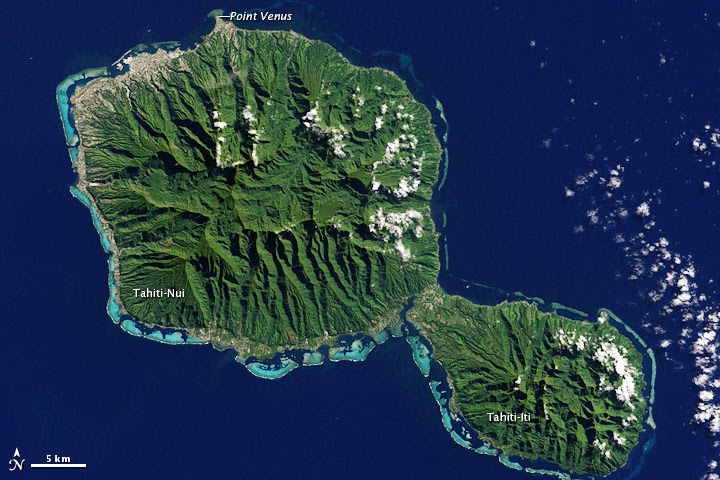 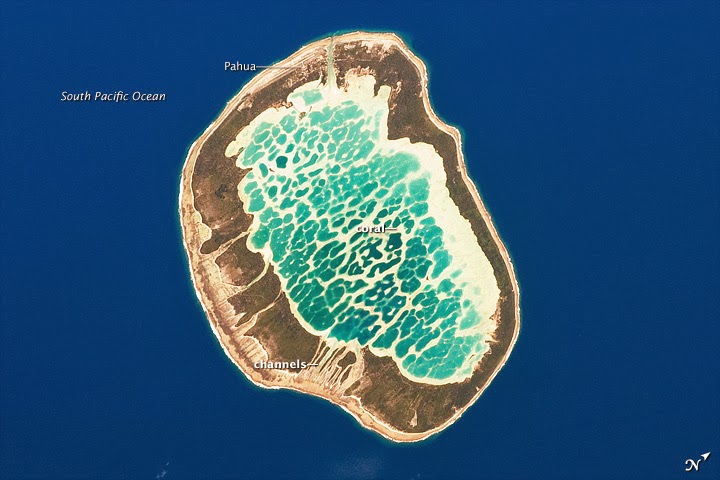 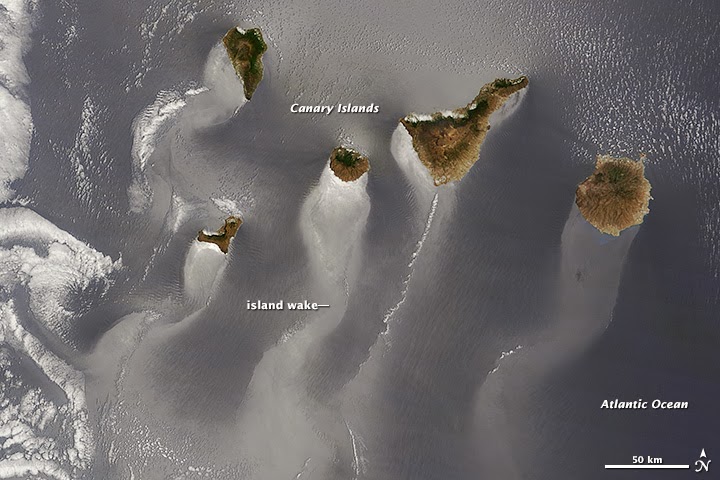 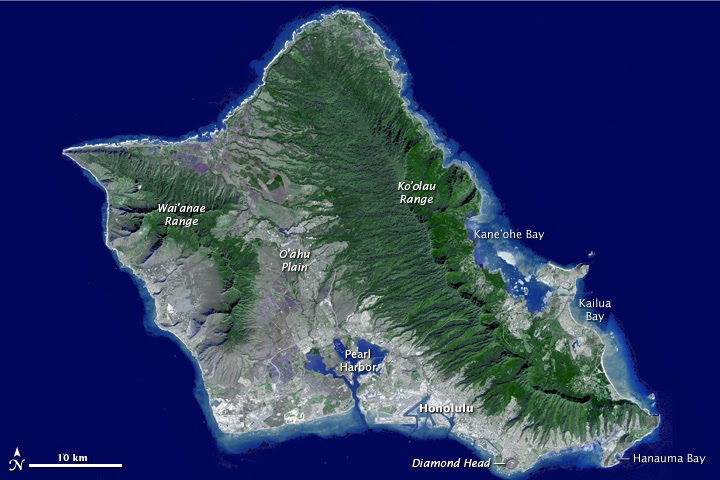 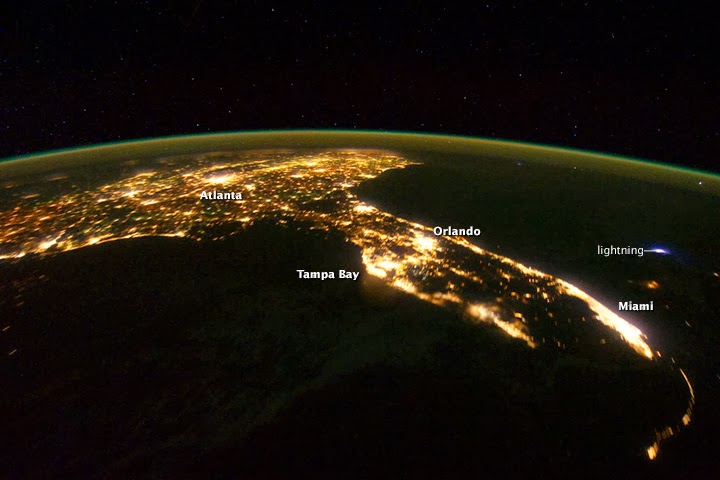 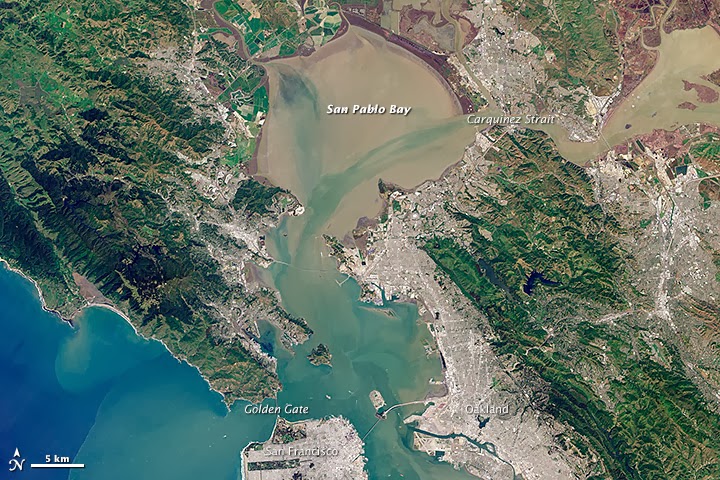